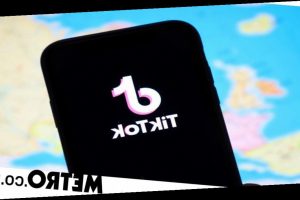 TikTok reigns supreme as the world’s trendiest social media platform, particularly for those under the age of 25.

And in the short time it’s been on our smartphones, it’s done everything from make chart-topping hits out of catchy Lil Nas X and Doja Cat tunes, to irritating the US government so much it got banned.

So, what’s the deal with TikTok, really? Where did it come from, who are its biggest stars and why is it so political?

Keep scrolling for everything you need to know about TikTok…

TikTok is a video-sharing social media network created in China, which has a unique counterpart app called Douyin.

Videos are short and sweet, lasting anywhere from three seconds to one minute, and are usually feature short comedy skits, organised dance routines or are interpretations of a wide variety of memes.

Once you’ve finished watching one, the app will play it on repeat until you swipe up to see the next video.

When did TikTok launch?

The TikTok app was released by the same developers in some parts of the world in 2017, though it wasn’t available on iOS and Android worldwide until 2018, after ByteDance took over a similar app named musical.ly.

In November 2017, ByteDance paid a whopping sum to merge with musical.ly – a reported $1 Billion USD – which was a Shanghai-based start-up already popular with young music fans.

When did TikTok become popular in the UK & US?

It didn’t take long after launch for TikTok to blow up in the United Kingdom and the United States.

In 2018, after merging with musical.ly, the app became available in over 150 countries, breaking numerous records with the sheer volume of downloads.

It’s been reported that TikTok was the most downloaded app in the first quarter and first half of 2018.

Covid-19 lockdown around the world seemed to give TikTok another boost in popularity – as it also holds the title of 2020’s most downloaded app worldwide, toppling Facebook and Instagram.

Is TikTok banned in the US? Why?

Despite the popularity of the app in the US, President Donald Trump has been trying to ban the Chinese social media giant from American phones for a while.

In July 2020, Trump admitted that his administration were looking into banning the uber-popular platform.

It’s not 100% clear why, though a statement he gave to reporters (captured on video by @popcrave on Twitter) suggests it might be a way to express his feelings about China.

There’s also the issue of where American users’ data is stored – and if parent company ByteDance could ever be forced to hand it over to the Chinese government.

(ByteDance, for what it’s worth, says it is stored in the state of Virgina and also in Singapore).

An executive order was issued on August 6 2020 to ban TikTok unless it was sold to an American company.

As of September 2020, US users who had the app already downloaded were still able to use it, though wouldn’t be able to upgrade the app should an update become available.

In November 2020, it was expected TikTok would be fully banned from the United States – though that hasn’t exactly happened yet. And it all gets a bit confusing from here.

As of December 2020, TikTok isn’t fully banned, a federal judge recently ruled against certain restrictions on the app, and the US government is still fighting in court over the issue.

So, is TikTok safe to use?

Lots of questions about TikTok’s safety have come to the fore – in part thanks to the US quest to ban the app altogether.

For TikTok’s younger audience, privacy and safety concerns for kids often pop up – but Common Sense Media has a pretty extensive guide to TikTok for parents, which is good recommended reading.

For adults, safety concerns primarily come from the idea that the app is ‘spying on you’ and collecting your data.

It’s common knowledge that mines of data are being collected from Facebook and Instagram users – often monetised and used for advertising, sometimes even used for political gain. Remember the Cambridge Analytica scandal?

Concerns have also arisen, particularly in the US, about the fact that the app and its company, ByteDance, are Chinese – and whether the company could ever be forced to hand over user’s data to China’s government, something the company denies it has or ever would do.

Finally, there have been concerns about past app updates and how secure they were.

To be frank, there’s no simple answer as to whether or not TikTok is truly, 100% safe. If you’re keen to learn more, Forbes has an excellent guide to the safety concerns about the app.

As with all social media platforms and apps, you need to use your own judgement about whether you’re happy to share your information with the company who owns it – and you should always read the privacy policy or T&Cs, too.

Who has the most followers on TikTok?

Many are yet to be household names, but you might recognise the app’s top five biggest, most-followed stars.

In the top spot is 16-year-old American dancer Charli D’Amelio, with 104.3 million followers.

She’s now a star in her own right – with a book, starring movie roles, a reality show on Hulu and her own podcast.

In a respectable second place is model Addison Rae Easterling, with 72.8 million followers.

The 20-year-old American (another dancer) is reportedly the world’s highest-paid TikTok star, pipping Charli to the top spot, and is a bonafide celebrity, in part due to her widely-reported friendship with Kourtney Kardashian.

In fourth place with 50.5 million followers is Spencer X, a 28-year-old musician who beatboxes, creates original music and posts comedy sketches. He also has a loyal YouTube following.

And last but definitely not least is American-Filipino social media star Bella Poarch, who joined TikTok in April 2020 and has amassed an incredible 50.4M followers since.

TikTok’s own account has 49.5 million followers. Hollywood star Will Smith has 45.9 million fans – making him the platform’s eighth most popular content creator.

Yep, they sure do. TikTok can be quite lucrative – if you have a large following and rake in plenty of video views.

As mentioned before, Addison Rae is the highest paid TikTok star in 2020.

Forbes estimates that Addison earned an incredible $5 million USD thanks to her TikTok fame in just one year.

These earnings came from partnerships with Spotify and American Eagle, sponsored posts with FashionNova and Reebok, plus earnings from her own product lines (including make-up line Item Beauty and branded loungewear).

Charli D’Amelio and her older sister, Dixie, are estimated to have brought in an eye-watering $4 million and $2.9 million USD respectively – both from sponsorship deals, their own products and in Dixie’s case, the release of her own music.

A number of TikTok stars and influencers make up to $3 million USD per year, including singer Loren Gray, Spencer X and Michael Le.

What are the most popular TikTok dances?

There are so many popular TikTok dances that it’d be difficult to document every single one.

But there are a few that buck the fleeting trend and are now synonymous with the social media platform.

Perhaps the biggest, Renegade, was created by 14-year-old Jalaiah Harmon. It’s perhaps the most energetic routine copied by millions of users.

Back in 2019, Lil Nas X made Old Town Road go viral (and eventually top the charts) by creating a meme/dance for the song himself.

Another real-life chart-topper, Say So by Doja Cat, rose in popularity following this viral dance, created by Haley Sharpe.

pls do my dance🥺

And one of the best – a family-friendly routine to the song Blinding Lights by The McFarlands also went viral in 2020.

What are the best TikTok memes?

The biggest meme of 2020 was confirmed by TikTok itself – influencer Bella Poarch miming to grime rapper Millie B’s then-unheard of track ‘M to the B’.

Morning skateboarder @420doggface208 went viral with this excellent clip of him skateboarding down a road, swigging cranberry juice.

While Caitlin Reilly shot to internet superstardom with her timely take on that annoying colleague in a WFH Zoom meeting.

Will Smith has jumped on the bandwagon of many a TikTok trend, also starting a few of his own – his ‘wiping it down’ video was unsurprisingly extremely popular.

I don’t remember making this…? @chrisashley

And Jordan Scott went viral for a simple clip talking about how there’s no such thing as ‘two pretty best friends’.

why y’all never choose another equal to be y’all best friend?? I hate when the ugly one call the pretty 1 “twin” if ur best friend bad as u tag her rn

Last but not least – and you’ll probably know this one even if you don’t have TikTok – a US mum went viral in the UK for her controversial attempt at making ‘British tea’.

If you love tea, it’s hard to watch, so… so just prepare yourself.

In addition to funny skits, creative dances and silly clips, there’s a LOT of useful content of TikTok.

Many users make their names by sharing household hacks and top tips  to make life a little bit easier.

There are plenty of kitchen hacks, including how to squeeze juice out of a lemon and how to seal a bag of crisps with a handy fold.

Plus an abundance of general life hacks, such as the easiest way to save over £5,000 and how to change a duvet cover alone without sweating.

As if that wasn’t enough to get your head around, there’s now a TikTok-esque feature on Instagram, too.

Instagram Reels launched on August 5 2020. It’s a feature which allows Instagrammers to shoot, edit and soundtrack snappy 15-second videos in the app.

These videos can be discovered through the Explore page and featured on your Instagram profile.

While TikToks can last up to 60 seconds, the similarities between the two features can’t be denied. You may even find re-posted TikToks on Reels, with the TikTok logo lurking in the bottom corner.

Right now, Instagram Reels and TikTok seem to co-exist. Only time will tell if one will eclipse the other…