Time is money: 'The Asprey' wristwatch sells for nearly $3.9 million 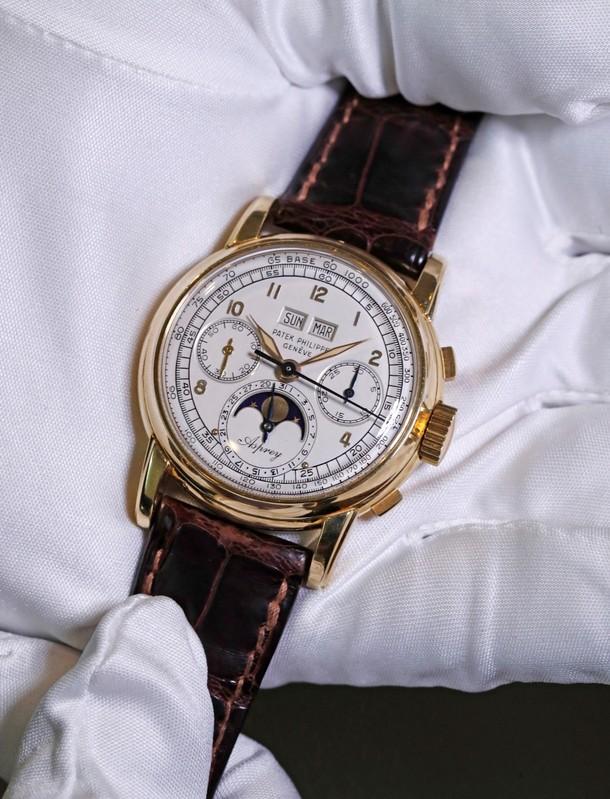 Made in 1952 by Patek Philippe and bought four years later at Asprey’s – the only one of its kind the London retailer ever sold – the Swiss watch is a perpetual calendar chronograph.

“The Asprey” was the star lot among 250 watches and pocket watches, including pieces by Cartier, Rolex, and Vacheron Constantin, on the block at the semi-annual auction.

Tuesday’s anonymous seller bought it at auction in 2006 for a then record 2.2 million Swiss francs (now $2.21 million), and this time around it had a pre-sale estimate of $2-4 million.

The buyer’s identity was not immediately known, but the successful bidder was a young Asian woman in torn jeans in the back row of the sale room who spoke Chinese into her cellphone.

“A world record price for a (Patek Philippe reference model) 2499. Sold,” Sam Hines, global head of Sotheby’s watch division, declared as he brought down the hammer after see-saw bidding.

The original owner, whose initials, R.C., are engraved on the back of the watch’s yellow gold case, probably received it for his 21st birthday. He has not been identified either, the auction house said.

The watch, which was taken on a marketing tour in Asia and Dubai prior to the sale, is on a brown leather strap and offers the day and date, a stopwatch and phases of the moon.

Hines, asked about the Chinese luxury market cooling in an era of less ostentation under a government anti-corruption drive, told Reuters before the sale: “We do have clients in China. It is true with the sort of need to be less ostentatious, tastes have become more conservative. So vintage watches really do fit the new taste.”

In all, the watch sale netted 12.2 mln francs, Sotheby’s said.