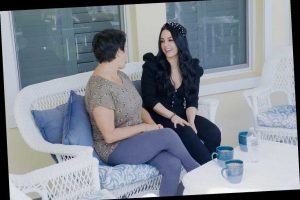 Season 2, now in its penultimate episode, has introduced several new pairs, including Mary and Brittani, who shower together and bond over plastic surgery — even though Brittani is only 19. There’s also Marcia and Alena, who do activities together so often that Alena still doesn’t know how to drive, even though she’s 21, because Marcia drives for her.

Which brings us to Florida duo Laurie and Sarah. Because of Laurie’s myriad health issues, including diabetes and kidney problems, 25-year-old daughter Sarah acts like the parent in the relationship. Her boyfriend, Miguel, often gets exasperated by her antics, which have included driving an hour away to check on her mom in the middle of the night when Laurie doesn’t answer her phone. In this episode, Sarah takes “mothering” her mom a step too far.

Check out this sneak preview.