Home » Lifestyle » Tom Cruise by the numbers: What makes him one of Hollywood’s most bankable stars? 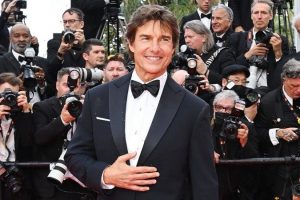 When Crocodile Dundee became a global hit in 1986, there was only one Hollywood movie that sold more tickets around the world.

Think roaring American fighter jets, “highway to the danger zone”, Maverick and Goose, You’ve Lost That Lovin’ Feelin’, shirtless men playing volleyball and “you can be my wingman any time”. 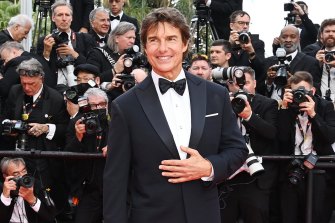 A star undimmed: Tom Cruise at the screening of Top Gun: Maverick at the Cannes Film Festival.Credit:Getty Images

Tony Scott’s high-octane blockbuster, Top Gun, turned Tom Cruise from the rising young star of The Outsiders, All the Right Moves and Risky Business into one of Hollywood’s biggest names.

Cruise’s celebrated career includes three Oscar nominations, incalculable wealth and serious influence on what movies get made. Just weeks away from turning 60, he still seems to have the same impossibly youthful looks.

Not even brutal publicity around his divorces from Nicole Kidman and Katie Holmes and controversies over his advocacy for Scientology have stopped him starring in some of Hollywood’s biggest blockbusters.

With the long-delayed sequel Top Gun: Maverick about to open around the world, Cruise has been shooting the next two Mission: Impossible movies and plans to head into space in a partnership between Universal Pictures and Elon Musk’s SpaceX for a movie partly set on the International Space Station next year. 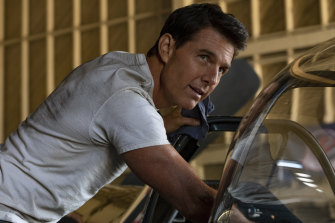 Based on the warm response at the Australian premiere and the enthusiastic reception overseas for Maverick, including a five-minute standing ovation and a surprise Palme d’Or for Cruise at the Cannes Film Festival this week, it is expected to become one of his biggest hits. But it has to open strongly next week and keep selling tickets when Jurassic World Dominion, Lightyear, Elvis and Thor: Love and Thunder are released.

So can he do it? Here’s what analysing the box office for Cruise’s movies shows about his star power.

Box office analysis website The Numbers has calculated that Cruise’s movies, including starring and supporting roles, cameos and narration in one case, have taken $US10.7 billion ($15.3 billion) around the world.

That’s an impressive number, but let’s bring it closer to home.

In Australia, $10 million is generally accepted as the benchmark for blockbuster success. Cruise’s movies have cracked that figure 27 times in current dollars – two out of every three releases – even though he has sometimes gone for less commercial projects such as Eyes Wide Shut and Magnolia.

And he deserves much of the credit. Few Hollywood stars take as much control while being a producer as Cruise. As the leaked audio that had him lashing two crew members about breaching COVID-19 protocols while shooting the next Mission: Impossible in London in December 2020 shows, he is very much in charge on the set.

Not only has he produced more than a dozen of his own movies, including all the Mission: Impossible and Jack Reacher instalments, he has taken on other projects when he’s had a relationship with the filmmaking team – producing Without Limits, Elizabethtown and Ask the Dust and executive producing The Others, Narc and Shattered Glass. 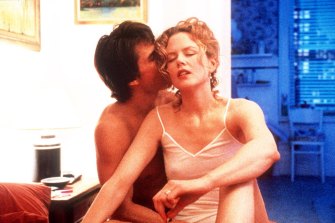 His biggest hit is a surprise

You would expect Top Gun to be Cruise’s biggest hit. It took a cracking $11.1 million in this country way back when Bob Hawke was prime minister – equivalent to $30.6 million now.

In fact, Rain Man ($34.7 million) and War of the Worlds ($31.9 million) were both bigger here when inflation – steadily increasing ticket prices – is factored in.

Surprisingly, Cruise’s biggest hit in this country is Mission: Impossible II, which he shot in Sydney while married to Nicole Kidman ($38.6 million). That shows how much local factors can contribute to a movie’s success, given it was nowhere near as successful overseas. 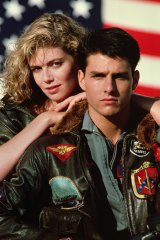 Another surprise: not even Bryan Brown would say Cocktail is a great movie, but it is not far off Top Gun’s success ($29.7 million).

There are holes in his filmography when it comes to directors

Yes, it’s largely a list of the top tier of white American filmmakers – missing only Tarantino, Eastwood, Fincher, Lucas and the Coen brothers – with a notable exception.

Unless you count narrating the 2002 IMAX documentary, Space Station 3D, Cruise has never starred in a movie directed by a woman. That probably says more about the lack of women who have been given to chance to direct major Hollywood movies over 35 years than whether female directors have wanted to cast him.

Playing against type has mostly worked

Cruise’s three Oscar nominations have come when he played against his looks in Born on the Fourth of July, showed more vulnerability than usual in Jerry Maguire and was a misogynistic motivational speaker in Magnolia.

But playing a German colonel who attempted to assassinate Hitler in Valkyrie and a self-indulgent rock star in Rock of Ages resulted in two of his biggest flops in this country.

Oprah’s couch changed perceptions of him

While Cruise has long been an outspoken advocate of Scientology, it never seemed to affect his success. The fierce intensity that has come across as magnetic on screen has only rarely seemed detached from reality off it.

But a series of incidents in 2005 were reminders of how extreme his personality and beliefs can be. 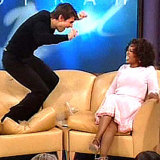 Tom Cruise jumps on the couch, declaring his love for Katie Holmes, on Oprah Winfrey’s show in 2005.Credit:

He called Brooke Shields “irresponsible” for using antidepressants to treat postnatal depression, had a heated exchange with presenter Matt Lauer on American television in which he called psychiatry “a pseudoscience” and Ritalin “a street drug”, jumped on Oprah Winfrey’s couch to profess his love for Katie Holmes and told Peter Overton to “put your manners back in” during a 60 Minutes interview.

For an actor with such tight control over his image, they were surprisingly wild moments.

The movie he was promoting, War of the Worlds, was a hit, but Cruise then had a rare run of box-office disappointments that started with Mission: Impossible III the following year.

It continued with Lions for Lambs, Valkyrie, Rock of Ages, Jack Reacher: Never Go Back and American Made all failing to crack $10 million in current dollars. And Oblivion, Jack Reacher and Edge of Tomorrow only just did.

But Cruise bounced back when he returned to playing Ethan Hunt in Mission: Impossible Ghost Protocol, Rogue Nation and Fallout. And, when it opens on May 26, Top Gun: Maverick will doubtless continue that success.