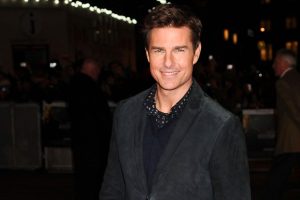 The Minority Report actor kept busing during the pandemic, being able to finish both Mission Possible 7 and Top Gun: Maverick. Top Gun was also pished back for the same reason from November 19, 2021, to May 27, 2022. The pushback came as a necessity, as the public feared that the spread of the delta variant would put a damper on box office numbers, something many films experienced in 2020-2021. The studio producers of the movie, Paramount, let it be known that they would not be live streaming the film on other platforms because Tom Cruise movies always perform well theatrically.

RELATED: The 10 Highest-Grossing Tom Cruise Movies Of All Time

Citing from The Things, the six movies produced thus far from the Mission Impossible franchise have accumulated a sum total of $9.1 billion. And that isn’t taking into account the numbers that will come from MI: 7 in 2022 and MI: 8 in 2023 that are already highly anticipated films. Top Gun: Maverick is also a sequel to the original Top Gun that was made in 1986, which grossed at the time grossed an incredible $357 million at the box office.

Fast forward to 2021, and Tom Crusie, who, according to sources, took $13 million upfront for the movie, which is said to only be a fraction of his entire payment. Telling from some of his past paydays, it’s easy to see why $13 million is only a small fraction. Cruise reportedly made $75 million for both Mission Impossible: Ghost Protocol in 2011 and Mission Impossible Rogue Nation in 2015.

However, due to the turbulent climate surrounding the movie industry since Covid-19, many movies have flopped big time. It is partly for this reason that MI: 7 has been rescheduled for release in 2022. With scientists saying that Covid is here to stay, it’s going to be difficult for movies to be a major box office hit if there are protocols preventing patrons from attending the movie theatres. But despite the spread of Omicron, Cruise is hopeful that 2022 will be a better year for the movie industry, especially for the release of Mission Impossible: 7.