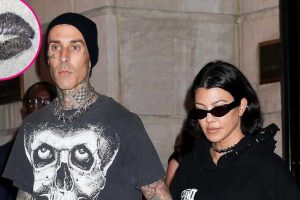 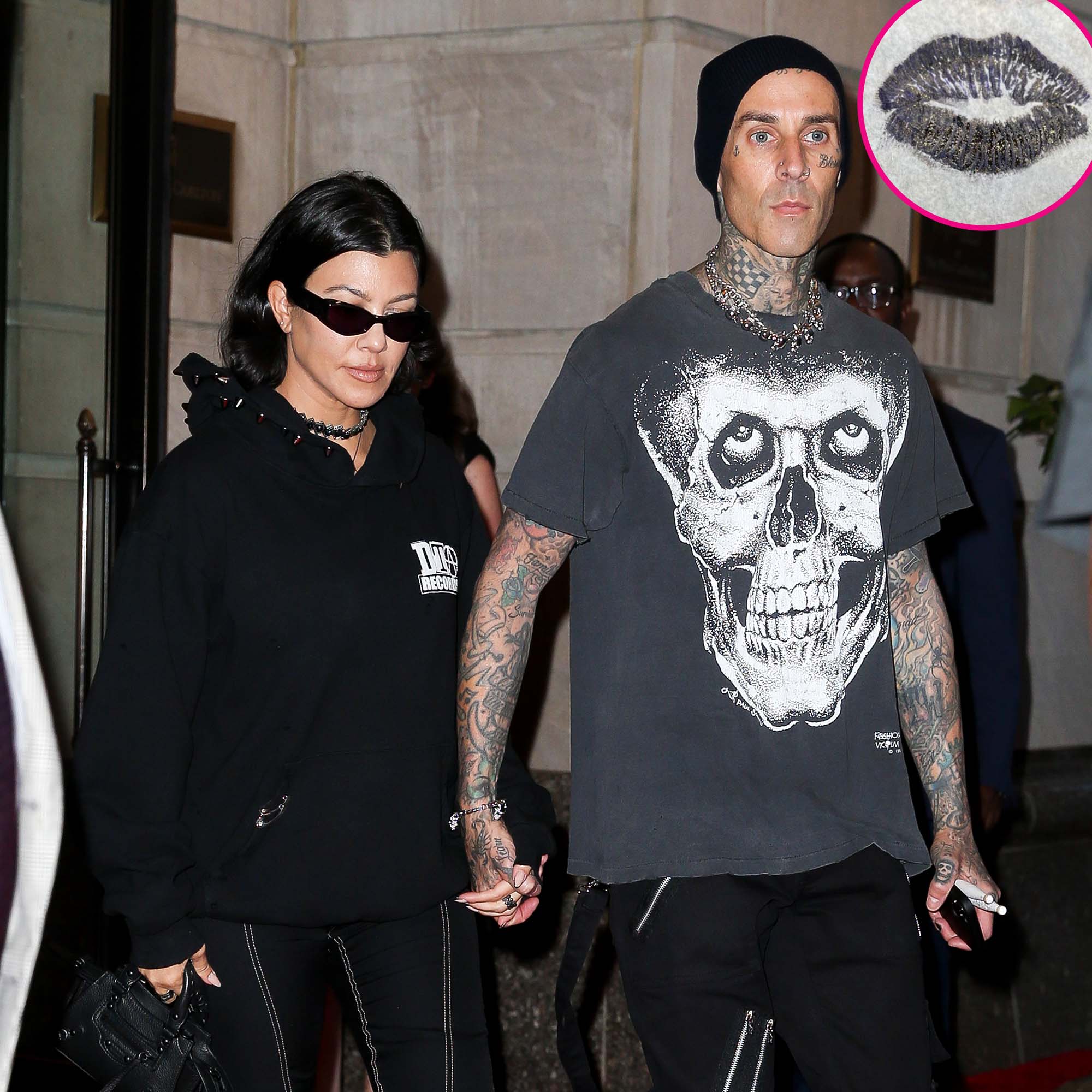 Forever and always! It’s safe to say that as Travis Barker’s love grows for Kourtney Kardashian, so does his tattoo collection. Because since the two started dating, the 45-year-old musician has goten a fair share of ink in honor of his now fiancée.

Following the pair’s engagement in October 2021, Barker paid a visit to tattoo artist Scott Campbell for a fresh design that had a special nod to the love of his life.

The Blink 182 drummer had Kardashian, 42, press her lips up against a piece of paper so he could have her pout etched onto his arm. The lips found themselves at the point of a massive scorpion design. Obviously obsessed, both the Poosh founder and Barker shared the end result via Instagram Stories. 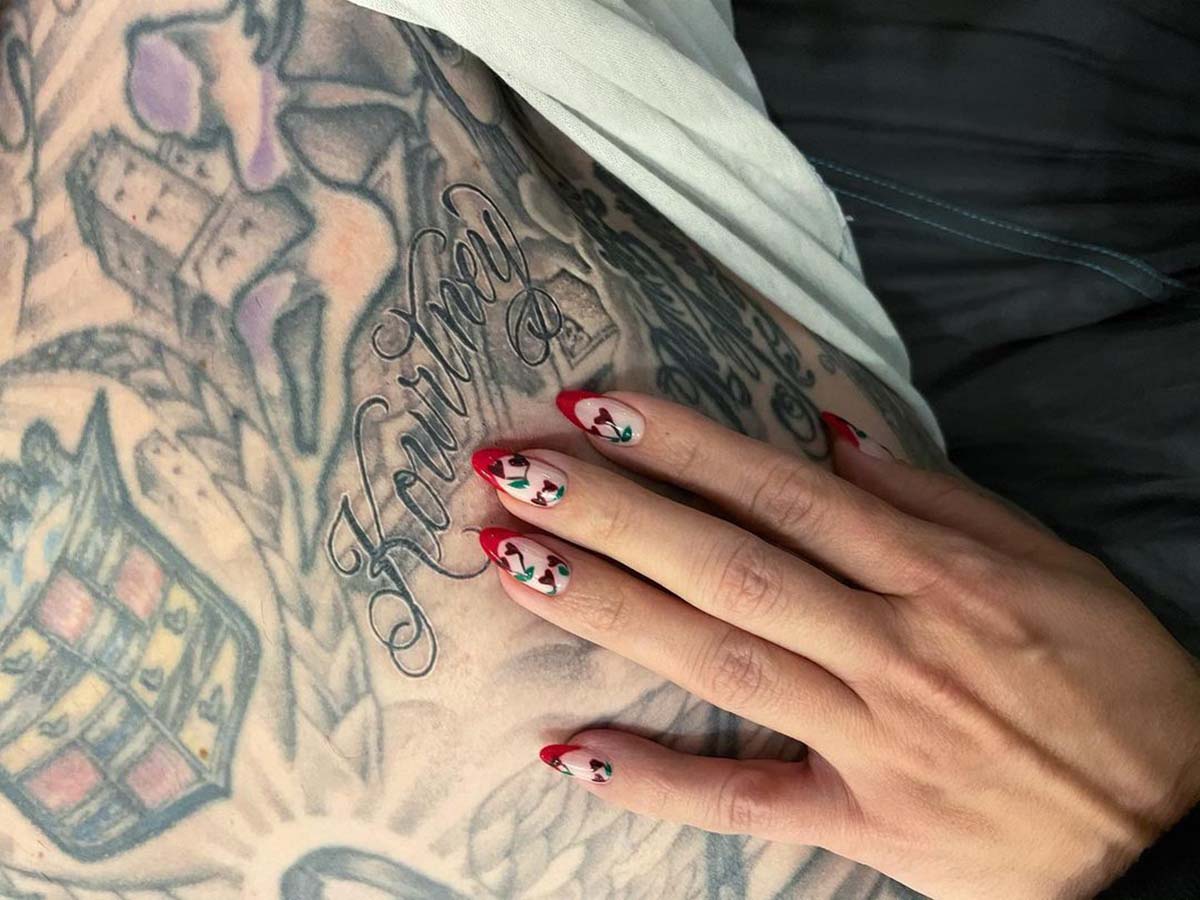 While the lips mark the first design that Barker has gotten since popping the question, he added a handful of touching tributes to his body while the pair were dating.

In fact, he even let Kardashian take a stab at the tattoo trade. In May, he had her pick up the needle and write “i love you” on his lower arm. The wild show affection blew up on social media after the reality star shared some behind-the-scenes images from her foray into artistry via Instagram.

“That’s trust,” on person joked, while another added: “He brings the life out of you!” Barker even chimed in and said, “Woman of many talents.” He also shared the post on his Instagram Stories with the caption: “Best tattoo ever.”

Prior to letting the wellness guru draw on a design, the Born With Horns musician had “Kourtney” inked over his left nipple in April. Kardashian shared an image of her hand pressed up against her beau’s chest — and her followers clearly freaked.

“Oh em geee another Kourtney breaks the internet day with just her hand,” a fan wrote, while another said, “Oh, y’all locked in for sure.”

While most of the tattoos were pretty explicit nods to the Keeping Up With the Kardashians alum, the first one was a bit more abstract. In March, just two months after Us Weekly confirmed that the pair was dating, Barker received a thigh tattoo from artist Chuey Quintanar that read: “You’re so cool.”

The phrase is a reference to Quentin Tarantino’s movie True Romance and appears to be written in Kardashian’s handwriting. Kardashian even echoed the sentiment in the comments section, writing, “You’re so cool!”