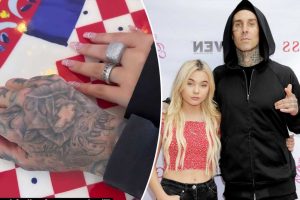 The 16-year-old appeared to be in good spirits while filming with a friend at 4 a.m.

Alabama laughed when a fan asked why she was awake, revealing that she had just ordered food.

While the teenager did not address questions from her followers about her 46-year-old dad’s health, she did respond to a hater who criticized her blond hair color, admitting that it does “get yellow” sometimes.

The model’s time on Instagram Live was brief. Within a few minutes, she told viewers that she had “to get off” and ended the video.

The livestream came nearly three days after Barker was photographed being taken to Cedars-Sinai Medical Center in Los Angeles in an ambulance. 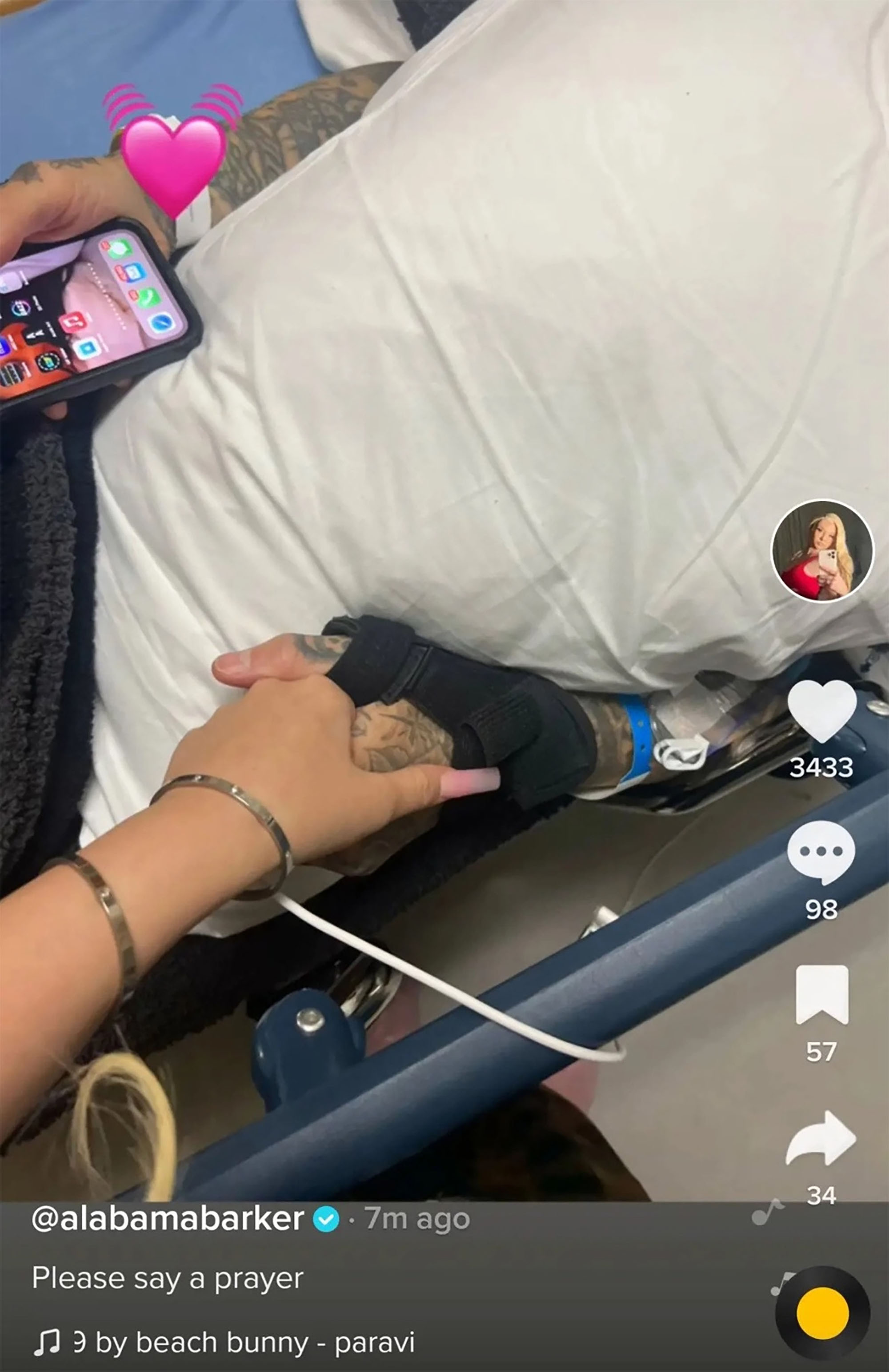 TMZ reported Wednesday that the Blink-182 drummer has been suffering from pancreatitis triggered by a recent colonoscopy.

He and his wife, Kourtney Kardashian, have yet to give any health updates, but Alabama has consistently posted on social media since the rocker’s hospital stay. 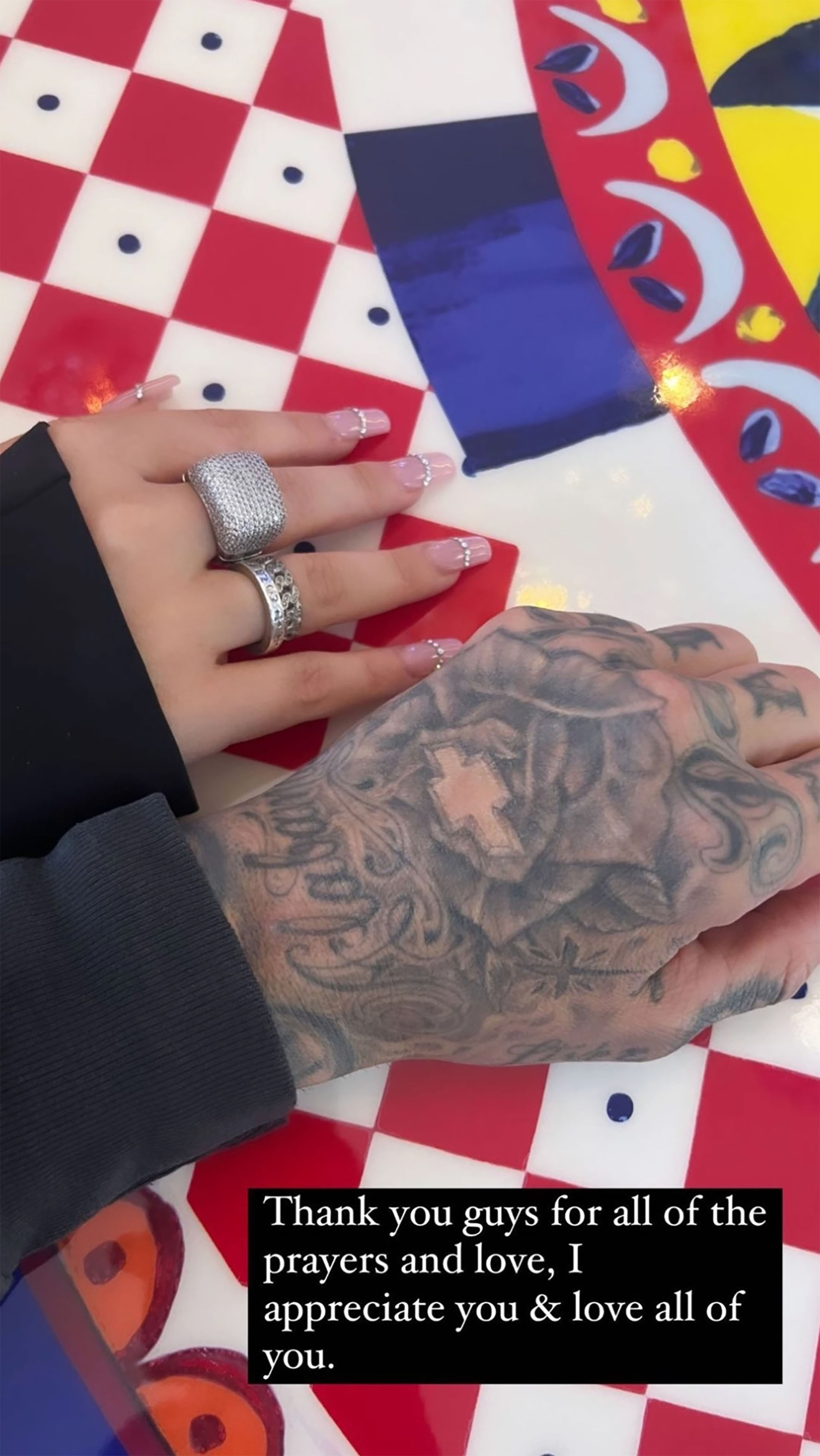 The teen asked her followers for “prayers” via Instagram Stories Tuesday. She also posted and deleted a picture of herself holding her father’s hand on TikTok. 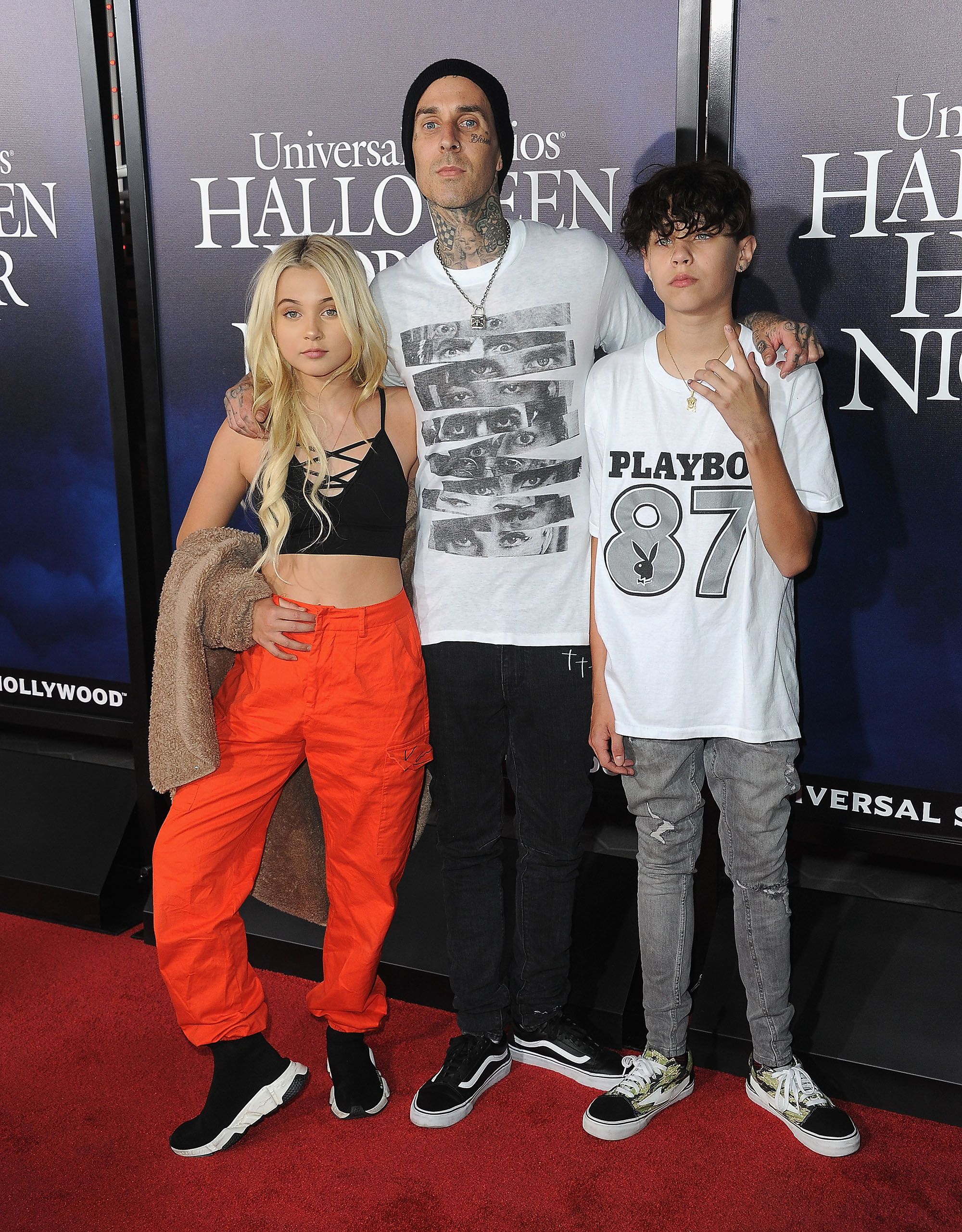 The Grammy nominee’s 23-year-old former stepdaughter, Atiana De La Hoya, for her part, took to Instagram Wednesday to thanks fans for their prayers, writing, “The outpouring of love … is heard, felt and appreciated.”

Barker and his ex-wife Shanna Moakler’s 18-year-old son, Landon, was in New York City amid the musician’s hospitalization for a performance with Machine Gun Kelly. He has not spoken of his dad’s health.

Moakler, however, reacted to Barker’s hospitalization in a statement Thursday.

“Thank you to everyone who has reached out with concern to my ex and father of my children,” the model, 47, told Page Six. “I know he is in great hands and surrounded by loving support and the best medical teams available and his beautiful wife, Kourtney.

“I pray for a speedy recovery and for the comfort of my children as I know they are very concerned and worried,” she continued, telling us that Barker, who survived a 2008 plane crash, has “beat the odds” in the past.

“I know with his support system he will do it again,” Moakler concluded. “I will always be there for him and my children.”