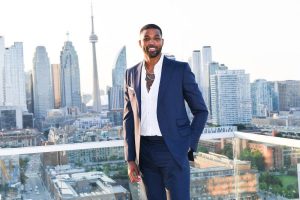 Khloé Kardashian’s on-and-off boyfriend, Tristan Thompson, has been involved in a paternity scandal. The basketball player was sued by a personal trainer named Maralee Nichols, who claimed he is the father of her newborn son. Thompson recently admitted to being the father, and now some people are wondering about the amount of child support he will pay.

Tristan Thompson admitted to fathering a child with Maralee Nichols

On Jan. 3, 2022, Thompson shared on Instagram that he is the father of Nichols’ son, per a paternity test.

“Today, paternity test results reveal that I fathered a child with Maralee Nichols,” Thompson wrote. “I take full responsibility for my actions. Now that paternity has been established I look forward to amicably raising our son.”

This makes Thompson now a father of three. His oldest child, Prince, was born in 2016 to his ex-girlfriend Jordan Craig. He also has a 3-year-old daughter named True with Kardashian.

Thompson went on to share an apology message to Kardashian, though it should be noted that they broke up in June 2021.

Thompson has had a lot of success in his basketball career, and he has a net worth of around $45 million. As such, Thompson will likely pay a lot in child support. In fact, it has already been reported that he pays around $40,000 a month to support Prince.

“Because Tristan is paying support for other children, that will be a factor in calculating how much support he will pay for this child,” lawyer Morghan Richardson told Hollywood Life. “Reports show that his income is about $10mil so based on that number, and the report that he’s paying $40k per month for his son, when I run the calculator, I get an estimate of $34k per month.”

However, Richardson noted that the court will take into account a lot more than just Thompson’s income. Some of this information is unknown to the public, so it’s likely the exact number could be different.

“In looking at a support award, the court will review both parents’ monthly incomes, and the amount of time that the child spends with each parent,” Richardson explained. “All income, including money/wages, tips, commissions, bonuses, unemployment benefits, interest income, dividend income, rental income, insurance payouts – all of it is fair game for calculating child support. For awards where the parties earn extremely high incomes, such as Tristan, the court will plug the numbers into the support calculator, but also consider several other factors. One argument for a larger award would be to ensure that the child has the same or similar lifestyle in both homes.”

In the event that Thompson can no longer play basketball professionally and his income is reduced, Richardson said that he can “seek a support reduction.”

Khloé Kardashian will ‘never’ take Tristan Thompson back, according to a source 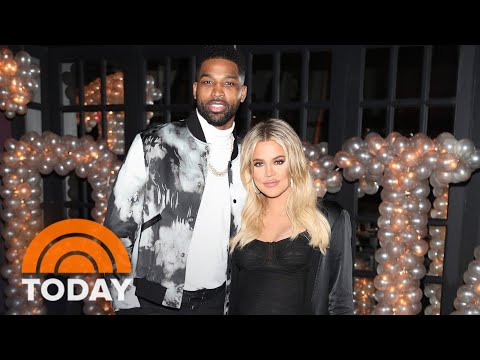 When Kardashian and Thompson were together, the couple dealt with many reports of infidelity on Thompson’s part, which led to their many breakups. Fans have come to expect that the pair would continue to break up and get back together.

However, a source told Us Weekly recently that the birth of Thompson and Nichols’ child—who was conceived around the time Kardashian and Thompson were together in the spring of 2021—is the “final straw.”

“Tristan wants to make everything right with Khloé,” the insider alleged. “He wants to win her back, but she will never take him back romantically after learning about his cheating. This was the final straw.”