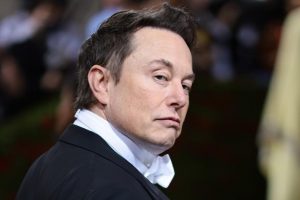 UPDATED: Twitter, which is fighting to extract billions from Elon Musk after he said he wanted to walk away from his $44 billion deal to buy the social network, recorded costs of $33.1 million for the second quarter related to the now-in-limbo merger.

The company also set Sept. 13 as the date for a special meeting of stockholders to vote on Musk’s proposed bid. However, with the deal now locked up in litigation, the vote is only a formality.

Twitter revealed the expenses in its 10-Q filing Tuesday with the SEC. Other than the $33.1 million in “transaction expenses” associated with Musk’s proposed takeover, “the terms of the Merger Agreement did not impact the Company’s consolidated financial statements,” the company said.

Twitter has sued sued Musk, demanding that the CEO of Tesla and SpaceX make good on his $44 billion acquisition agreement. A judge in the Delaware Court of Chancery set October for a five-day trial in to hear Twitter’s case against Musk.

Musk, after waiving his rights to due diligence in the Twitter agreement, complained that he suddenly needed verification of Twitter’s estimate that fake and spam accounts are less than 5% of its total user base. On July 8, Musk’s lawyers accused Twitter of failing to provide necessary data after his repeated requests and also claimed the company made “false and misleading representations,” and that as a result, Musk was nixing the pact.

Twitter’s lawyers accused Musk of having buyer’s remorse — after a sharp drop in the price of Tesla stock, which represents the majority of his net worth — and alleged that the mega-billionaire has “repeatedly disparaged Twitter and the deal, creating business risk for Twitter and downward pressure on its share price,” per the company’s lawsuit.

Twitter missed Wall Street estimates for Q2, as revenue declined 1% and the company swung to a net loss in the period. The company blamed the worse-than-expected results on uncertainty introduced by Musk’s bid and advertising “headwinds.”