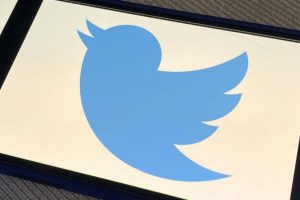 The 11-member Twitter board met on Sunday to consider billionaire Elon Musk’s $43 billion takeover offer for the social media company, according to reports.

Musk “wooed many of the social media company’s shareholders with financing details on his $43 billion acquisition offer,” according to Reuters which quoted people familiar with the matter. “The company’s decision to engage with Musk… does not mean that it will accept his $54.20 per share bid,” according to Reuters. “It signifies, however, that Twitter is now exploring whether a sale of the company to Musk is possible on attractive terms.”

The situation “remains fluid and fast-moving,” per The New York Times. The paper also said that that the discussions may come down to the price of the bid. Musk’s offer was a significant premium to the company’s stock price at the end of January, but still represents a large discount compared with the shares’ more than $60 apiece valuation through much of last year.

Musk holds a stake, which is more than 9%, in Twitter. He has put together a $46.5 billion financing package, consisting of his own assets and the support of Morgan Stanley and other companies, for his bid, according to a regulatory filing. This includes $13 billion in debt financing, $12.5 billion in loans against his share  stake in Tesla, with $21 billion in equity financing expected to be added by Musk.

On April 14, Musk — the CEO of Tesla and SpaceX and the wealthiest person on the planet — proposed to buy Twitter for $43 billion in a hostile takeover, offering $54.20 per share for the social media company. The next day, Twitter adopted a “poison pill” plan to fend off a potential hostile takeover, designed to stop any individual or entity from amassing more than a 15% stake in the company by buying shares on the open market.

On Sunday, Musk, who has 83.2 million Twitter followers, Tweeted that he was “moving on” “from making fun of Gates for shorting Tesla while claiming to support climate change action.”