Home » Undefeated boxer Jose Ramirez worked as an agricultural worker as a teen. Now, he’s dedicating his next fight to them. 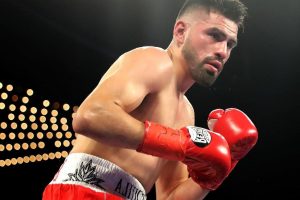 The former Olympian feels a special connection with agricultural workers, who have been thrust into the national spotlight for keeping America fed during the coronavirus pandemic – despite many not having legal status in the United States. The link is also a personal one: His father was a farm worker and Ramirez worked as one as a teen. Ahead of his big fight on May 22 in Las Vegas, he’s dedicating the bout to them.

“I see how hard they work, I see the work ethic and you know, they really shaped me,” the 28-year-old Mexican American said in an interview with CBS News. 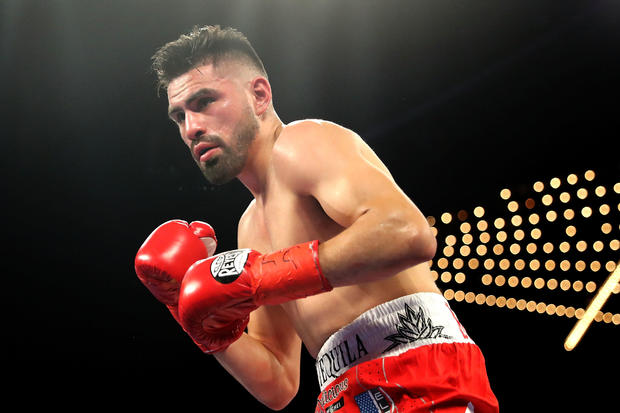 One story remains entrenched in his memory. He remembers pulling bell peppers as a 15-year-old during the summer months in Central Valley, California, where it could reach up to 110 degrees on some days. On one hot day, a woman who was working next to him fainted, possibly because of dehydration. He and his coworker dragged her out to the shade under trees and gave her water.

While she recovered, Ramirez returned to the field and worked her side, finishing off the last hour and a half of the eight-hour shift. He went home and told his father about what happened, remarking that it wasn’t easy doing the job.

“I only do it during the summer, but imagine those that do it all throughout the whole year,” he remembered telling him.

The following morning, at about 4:45 a.m., he walked with his buddy to the bus that takes workers to the fields. After getting on, he saw the same woman who had collapsed a day earlier.

“I was just looking at her, I’m like, ‘Man, that’s why I get so inspired to help these families.'” he said. “Because the work ethic is so unbelievable. They don’t complain, and they make it easier for someone like myself to go to the store and get the bell peppers, nice and clean.”

“Things like that just kind of made me realize how important these jobs are for them…and how they’re always trying as much as they can so we can have a better life,” he added.

Today, he feels a responsibility to the farm workers. When the pandemic began last year, he was focused on distributing supplies to keep them healthy.  More recently, as vaccines have been rolling out, he helped raise awareness over the safety and importance of getting the COVID-19 vaccine. In late March, he stopped by a Wonderful Pistachios factory to encourage workers to get the jab.

“They hear so many different things…so the education part, it’s what helped many people take that step to get vaccinated,” he said. 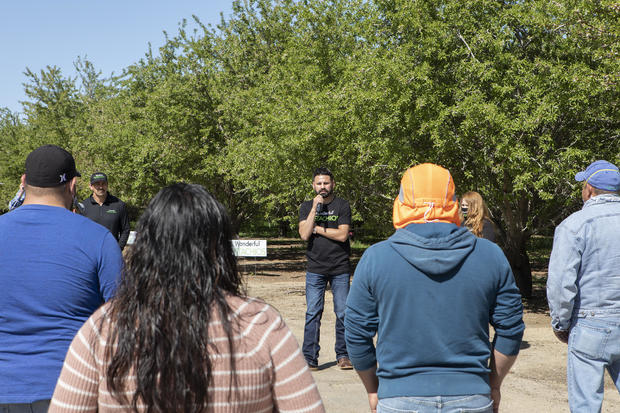 He’s also wants to use his platform to call attention to immigration reform. Specifically, he wants to see undocumented agricultural, construction and domestic workers and DACA recipients on a “higher priority” for a pathway to citizenship in the U.S.

In preparation for his fight, not much has changed for Ramirez in terms of waking up early. He’s up at 6 a.m. to run hills and practice sprint workouts before heading to the gym. With an undefeated record (26-0), he’s driven by his supporters and the same people who helped him get where he is today.

“I lived around these people, they were once my neighbors and I want them to see me through them,” he said. “Some tell me, ‘Man, Jose, it feels so good that you’re undefeated. You’re in front of the line with us. You’re a champ.’ So, if this is going to make them have more hope by me staying undefeated, then I don’t want to lose in boxing… I motivate them and they motivate me.”