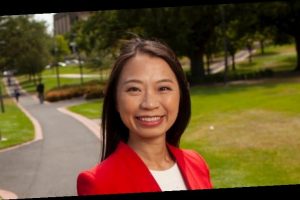 Two of the top candidates for Melbourne's next lord mayor have taken aim at lord mayor Sally Capp for refusing to disclose who is funding her campaign and by how much, less than a week before polls close.

But Cr Capp and the woman who nearly beat her in the 2018 byelection, Labor member Jennifer Yang, say they will abide by the spirit and the letter of laws requiring them to disclose their donations more than a month after the election. 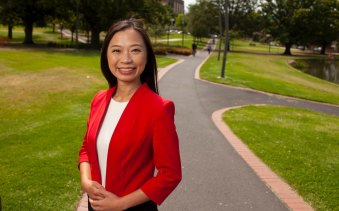 In August, council resolved that all candidates in this month's election should be encouraged to disclose who is funding their campaigns in real time via the website Hyperlocal News.

The voluntary disclosure scheme was opposed by Cr Capp, who was one of five councillors who abstained from voting on the matter.

Only three groups have been regularly disclosing their donations – the Greens, Gary Morgan's Morgan-Watts ticket, and deputy lord mayor Arron Wood. The Greens have gone furthest, updating a website with new donations every four days.

The sheer expence of campaigning meant candidates have to rely on being independently wealthy or fundraising and donations.

Cr Wood said voters should have the right to know which interests were funding candidates' campaigns.

"It was a motion which was passed at council, and once a motion passes at council, even if it's a voluntary undertaking, that should carry some weight – especially for sitting councillors."

Labor's endorsed candidate Phil Reed has so far not participated in the voluntary scheme, saying it was logistically "problematic".

"Labor's campaign will have raised and spent somewhere south of $100,000 in the campaign," he said.

"I've got no problem declaring, but logistically – in the middle of a campaign and without infrastructure to make sure every candidate does it, it's problematic."

The teams for lord mayor candidates Wayne Tseng and Nick Russian have largely funded their own campaigns.

In 2018, Cr Capp attracted more than $322,000 in donations, from a who's who of Melbourne donors, including members of the Fox family, Pratt Holdings, Roslyn Kelly, Ann Peacock and Nelson Alexander.

"Team Capp members will not be participating in any unofficial, self-managed declaration scheme," she said.

Ms Yang – who raised $173,000 during the 2018 byelection campaign – said participating in the voluntary disclosure scheme would be "undemocratic".

"We will disclose all donations in the time dictated by the law for every candidate to do so," she said.

"Otherwise candidates can disclose only what they choose to and the process becomes both farcical and undemocratic. We support legislation that makes disclosure an even, sincere and straightforward process for every candidate."

But she said Cr Capp should announce her donations in real time, "given the number of potentially conflict of interest issues" dealt with by lord mayors.

"The very fact that there is no cap on campaign spending is the reason that politicians, council candidates and what have you, go looking for donations. And that's where the real danger is," Professor Coghill said.

"It certainly confers an enormous unfair advantage on a candidate who can make that sort of campaign expense. And it's really that sort of thing that ought to be capped so that it's much fairer for all candidates, and they don't have to go prostituting themselves for large donations to make the cost of the campaign."

The most important news, analysis and insights delivered to your inbox at the start and end of each day. Sign up here.

END_OF_DOCUMENT_TOKEN_TO_BE_REPLACED

END_OF_DOCUMENT_TOKEN_TO_BE_REPLACED
We and our partners use cookies on this site to improve our service, perform analytics, personalize advertising, measure advertising performance, and remember website preferences.Ok