‘Best answer ever!’ University Challenge fans are left in stitches as contestant bizarrely blurts out ‘Deborah Meaden’ in response to a question – and she herself was watching

University Challenge viewers were left in stitches after a contestant incorrectly blurted out Deborah Meaden in response to a question with fans convinced it was part of a bet.

And while the team failed to make it through to the semi finals with St Edmund Hall, Oxford beating them 245 to 105 they certainly bought some comedy value to the show.

In the final question of the episode host Jeremy Paxman asks: Depicting Napoleon and Pitt ‘the Younger’ the etching known as ‘The Plumb-Pudding in Danger’ is the work of 1805 by which caricaturist?’ 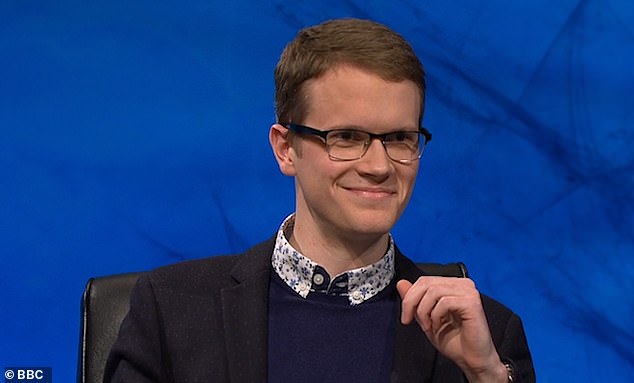 With no other contestants coming up with the answer and just seconds before the gong, Gurr boldly buzzed in before yelling out: ‘Deborah Meaden!’

His answer was met by laughter from the audience as well as pats on the back from his fellow peers, however, host Jeremy Paxman appeared rather baffled.

He said drily: ‘What an exceptionally informed guess that was… no it was James Gilray.

‘Well Clare we’ll forget that last answer I think. We’ll just say that you tried but you were up against formidable opposition.’

As it was left to the team to say goodbye, Gurr delivered his farewell in a low guttural voice, leaving the audience in another fit of giggles. 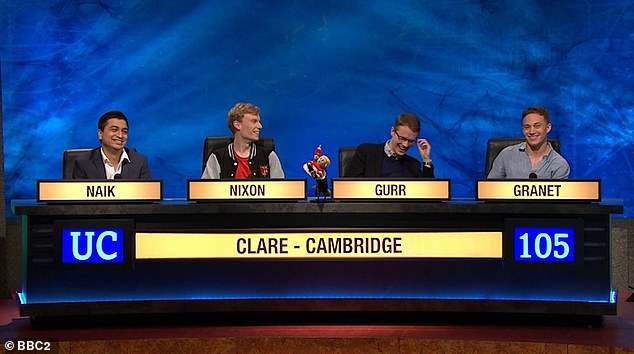 Viewers were left in stitches by Gurr, describing his answer as the ‘best ever’ on the show

But while Gurr’s joke didn’t manage to tickle Paxman, viewers at home were left in stitches with many believing that his answer had come as part of a bet.

A second added: ‘Never laughed so much at #UniversityChallenge. What a way for Andrew Gurr to finish… “DEABORAH MEADEN!”‘

Another joked: ‘Unusual betting patterns on someone answering “Deborah Meaden” on University Challenge are being investigated.’

Following the show being aired Gurr took to Twitter himself where he addressed the Dragon’s Den star herself writing ‘@DeborahMeaden I am so, so sorry.’

But the business mogul appeared to see the funny side responding ‘Ha! Life goal… I was a (wrong) answer on #UniversityChallenge’.

And the hilarious answer appears to have gone viral with one joker since editing the Wikipedia page for ‘The Plumb-Pudding in Danger’ to name Deborah Meaden as the artist. 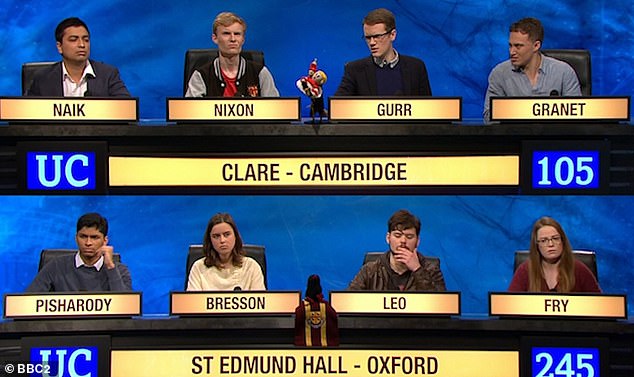 Gurr’s team failed to make it through to the semi finals with St Edmund Hall, Oxford beating them 245 to 105