Veganism backlash begins! Forget gobbling up your greens these women swear an ALL-MEAT diet has made them Slim, sexy and more full of energy than ever

A beautiful woman in her 40s sits in a restaurant. It’s a late summer evening, and the air is scented with garlic and herbs.

Suddenly, there is a commotion in the kitchen, as staff jostle at the door to peer at her. Surprisingly, it’s not for her striking looks, but her food order. A huge steak and nothing else ‘for the lady’ is surely one of the strangest requests they’ve had.

But for Jill Gardner, 44, the lady in question — a petite, size 10 one at that — it’s something she’s grown used to over the past year. She shrugs off raised eyebrows from waiters and amused comments from dining companions over her unorthodox eating habits. 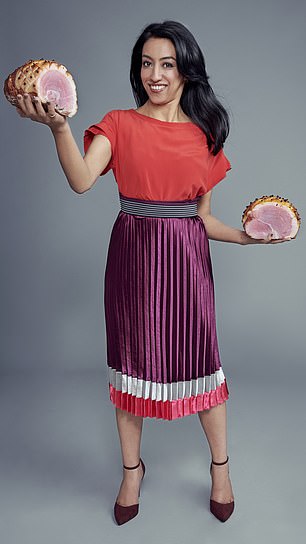 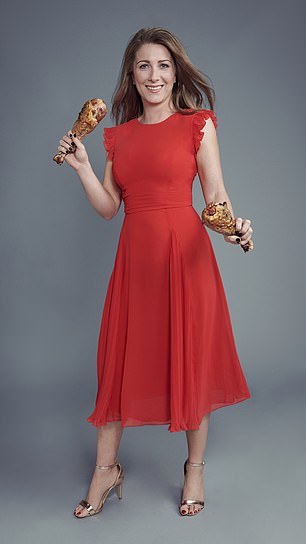 For she believes being a committed carnivore, whose diet is made up of 95 per cent meat, has restored her vitality, given her bags of energy and left her glowing with health.

It’s not a view the increasingly vocal vegan lobby — who earlier this month claimed the scalp of Waitrose magazine editor William Sitwell after he made a joke about killing them one by one — would stomach.

For while veganism has been the runaway dietary trend of 2018 — chances are most people know at least one person who’s ‘gone vegan’ over the past year, with 3.5 million Britons now eradicating animal products from their lives — there is another, less well-known health movement also gaining momentum.

Followers consume up to 95 per cent meat daily, and fans claim it cures ailments, maintains weight and even lifts mood. Some feel their body needs a higher protein intake and cannot function efficiently without it. 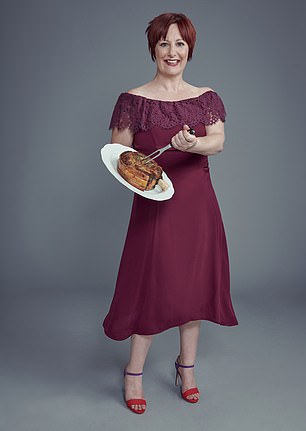 The trend for high protein is not new: at the turn of this century the low-carb, high-protein Atkins Diet, developed by the U.S. cardiologist Robert Atkins in the Seventies, became a global sensation.

In 2003, it was estimated that three million people in the UK were following his steak, fish and cheese and no carbs routine. Celebrity devotees included Jennifer Aniston and Renee Zellweger.

But in 2017 the concept was taken to public extremes, when U.S. orthopaedic surgeon Dr Shawn Baker developed the Carnivore Diet Plan.

Here, you eliminate almost all foods except for steak, eggs, butter and cheese. The most extreme fans consume 95 per cent animal protein and little else but water. This bizarre fashion of eating is quite extreme, but advocates are passionate about the benefits.

‘Eating the way I do has given me my life back,’ says Jill, from Milton Keynes, Buckinghamshire. ‘I was a carb addict and working as a personal trainer, teaching fitness classes for 30 hours a week.’

But in 2010 she fell ill with flu-like symptoms which didn’t go away. ‘I felt like death most of the time,’ she says. ‘It took eight years to diagnose the tick-borne condition Lyme disease, after which I devoted myself to getting better, spending thousands on naturopathic and Chinese medicine, as well as eating a gluten and dairy-free diet.’

Depressed after years of ill health, Jill came across the carnivore diet last winter. ‘You have to understand how desperate I was,’ she says. ‘The woman blogging about it had had Lyme disease, and was cured.’ So Jill embarked on a 30-day trial run.

‘I loved the easy discipline of just eating eggs and steak, so shopping and cooking was very easy. Although I didn’t feel great after a month, I reasoned that my gut function was so poor generally that I might as well carry on, and gradually started to notice that I was sleeping more easily and had more energy.’

It was only in the fourth month that things really changed. ‘I felt amazing and have done ever since. I eat twice a day; bacon and steak for breakfast and dinner and a few eggs. I also have bone broth, water and one coffee a day.’

She recognises it’s controversial. ‘This isn’t something I’d feel qualified to recommend to clients, but it works for me,’ she says. 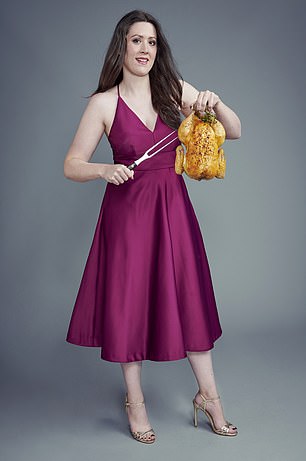 There are plenty of anecdotal accounts of such a diet for Lyme disease, but no clinical studies. One of the most obvious arguments against meat-eating is that you are banishing whole food groups from your diet, and consuming very little roughage, which could lead to dangerous malnutrition — not to mention constipation.

Nutritionist Jackie Lynch says: ‘There are times when a certain type of restrictive diet may be appropriate, but not long-term, or you could do more harm than good.’ She points out that our bodies need about 50 different nutrients every day.

‘Obviously it’s great if people feel they are benefiting their health, but if you are eating a diet very high in meat, I’d suggest doing it under medical supervision or there may be long-term health consequences.’

But business owner and, ironically, passionate animal lover, Nicola Box, 30, from London says meat is one of the few foods she can consume without being in extreme discomfort.

Much as she has battled against it, she now eats a diet of about 70 per cent meat. ‘Take out the steak and the chicken breasts, and you are left with potatoes, the odd carrot, bananas and berries,’ she says.

Nicola suffered from such severe IBS from the age of 17 to 25 that she was unable to work full-time. ‘I had terrible stomach pains — so severe that I used to pass out.’

Aged 25, she went to a Harley Street allergy specialist and was told she had IBS. A list of ‘safe’ foods included meat. ‘Within weeks I realised that meat is the one food which doesn’t cause me cramps and bloating.’

‘I loathe my diet — but when I did Veganuary last year, eating meat substitutes, I was exhausted, bloated and in constant pain after a week. That proved to me that I have to follow a predominantly carnivore diet.’

She says that she compensates in all other ways to try to alleviate her guilt. ‘I eat and use organic and ethically sourced food and products. But the fact is that my diet devastates me because of its cruelty.’ 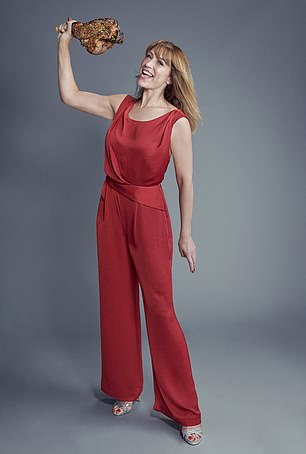 As some women prepare to take part in veganuary next year, Jill Gardener will be sticking strictly to meat

Needless to say, experts see few, if any benefits of such restricted eating.

There are proven links between a high intake of red meat and the risk of heart disease and colon cancer. ‘A very meat-based diet may have consequences,’ says Jackie Lynch.

‘The official recommended dietary allowance is 45g for women and 50g for men, and 100g of beef has 26g of protein, but plant-based foods contain more nutrients than you realise. If you limit certain food groups, you risk nutrient deficiency.’

On the plus side, plenty of meat means you are sated for longer, and fans say they aren’t prone to mid-afternoon carb cravings.

‘You are certainly unlikely to become obese as you are less likely to be hungry,’ says nutritionist Dr Andy Nichols. ‘But I would say that anyone flourishing on such a diet is an exception to the norm. There are associated risks.’

Although most people follow diets to lose weight, Ritu Kapila, a business manager from Stockport, Greater Manchester, says her diet of around 90 per cent meat is the only way to stop her falling below a size 6.

‘I feel I need to eat a massive amount of meat to keep my weight up,’ she says. ‘Aged 12, I was so skinny that my parents took me to a dietitian who recommended I eat a high-protein diet, and six meals a day.’ Clearly this wasn’t sustainable, but Ritu says that she dropped the in-between meals, while sticking to the high-protein diet, except on a Tuesday, when Hindus don’t eat meat for religious reasons.

‘I know people are envious of my fast metabolism, but it’s a pain trying to stay larger than a size 6, and every single meal contains lamb, pork or chicken or fish.’

Her daily diet consists of salmon and eggs or leftover lamb or turkey for breakfast. ‘If I’m very hungry, I make a big brunch — perhaps roast lamb or pork. At supper, I tend to have Indian food — I’ll curry lamb, chicken or prawn, and eat it without rice.’

She acknowledges the need for other nutrients. ‘I have the odd chapati to ensure I have some carbohydrate and get vitamins from smoothies, salads with meat, and ensure I take vitamin and mineral supplements.’

A less extreme version is metabolic typing, followed by nutritional and lifestyle consultant Hannah Richards, 38, author of The Best Possible You. Her diet is 70 per cent protein and fat, mostly from meat.

‘Those of us who follow metabolic typing believe each person has a unique metabolism, so the proportion of macronutrients (proteins, carbohydrates and fats) which are optimal for one person may not be for a second, and might be detrimental,’ she explains. ‘I am a ‘fast oxidiser’, so I need a high percentage of fat and protein to carbohydrates.’

Hannah says that her energy comes from a fridge packed with fresh organic meat and fish. Breakfast is oily fish such as sardines or mackerel with eggs and watercress. Lunch is chicken or steak and supper either steak, chicken or fish on the bone.

‘I take supplements and eat greens,’ she says. And in defence of her diet she points out that it’s far better to eat in this way than turning to processed food every night. ‘I’m loyal to British produce; those stuffing their faces with quinoa might like to look at the carbon footprint of their food.’

There is, she points out, evidence to support high-protein diets for weight loss and diabetes. ‘The more you cut down on protein, the more you add carbohydrates, and I’m not talking about vegetables — we live in a carb junkie world,’ she adds.

Interior designer Fiona Davies, 43, says switching to a meat-heavy diet has helped her manage her depression. ‘I’d struggled for years and ate all the wrong things — masses of bread and high-sugar food,’ says Fiona, who lives in Wiltshire with her son, Noah. ‘Then, four years ago, I came across the Paleo diet, based on meat, vegetables, nuts and berries. My mood and weight are much more stable now.’

There is one obvious reason for eating a diet that is high in meat — simply because they enjoy it.

Marketing manager Nellie Williams, 49, lives in Wokingham, Berkshire, with her husband, Andy, and their three daughters.

‘For me, meat makes a meal special, and I wouldn’t dream of cooking for the family without it,’ she says. ‘We love huge juicy roasts, succulent steaks and sizzling bacon or sausages.’

‘Meat represents family and love. My grannies both taught me how to cook on their Agas. I wooed my boyfriends with roast dinners and granny’s pheasant curry, and Christmas is a time for enormous hams and joints of beef.’

Nellie says she believes meat to be healthy. ‘Look at how chicken broth and beef consomme is recommended if you’re ill. I respect other people’s choices, but I don’t expect to be criticised for eating meat.’