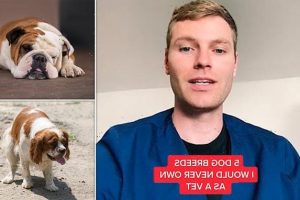 Vet reveals five dog breeds he would NEVER own – including ‘aloof’ Chow Chows, pain-prone sausage dogs and King Charles Spaniels because they often have heart problems

A UK vet has gone viral on TikTok after sharing a video revealing which five dog breeds he would never own and why.

Ben the Vet garnered more than 5 million views on the clip, titled 5 dog breeds I would/could never own as a veterinary surgeon.

According to the vet, while he has already seen a number of videos on the topic, he wanted to share his own thoughts, noting that others may disagree, though he is just giving his opinion.

Listing the first dog breed he would not want to own, he said: ‘The first of five for me is the Chow Chow. Now I’m sure there are some nice ones but I just find they often don’t have a very nice temperament, they’re really aloof. They’re often very aggressive at the vets, and it can be quite hard to fit a muzzle onto their face.’

He added that they ‘suffer quite commonly with eye problems’ and noted that he finds their purple tongues ‘a bit unnerving’. 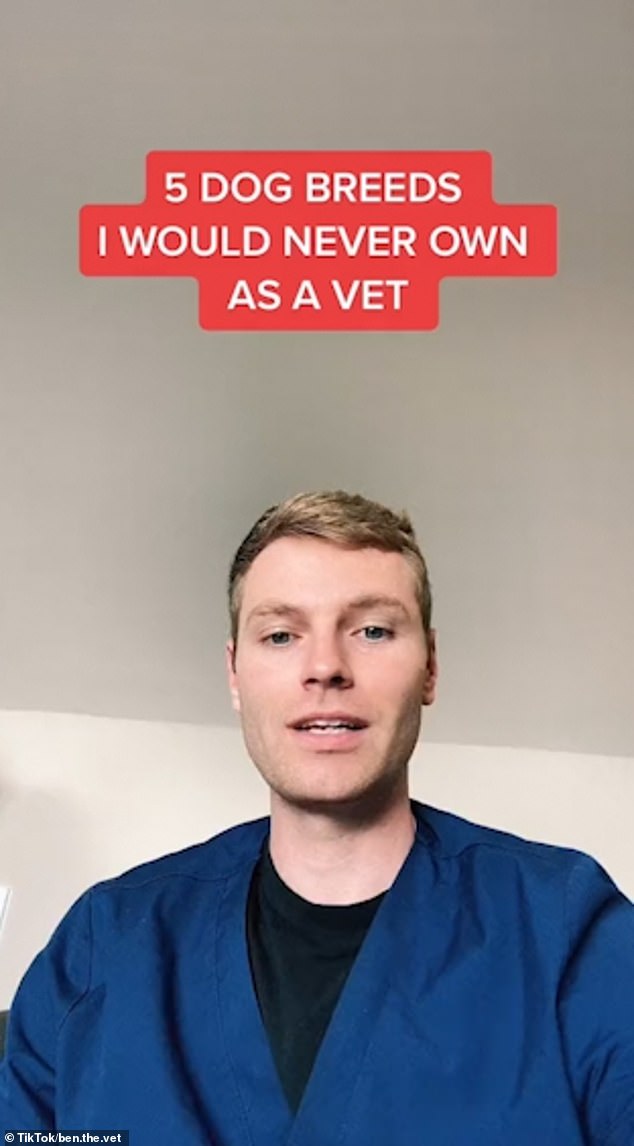 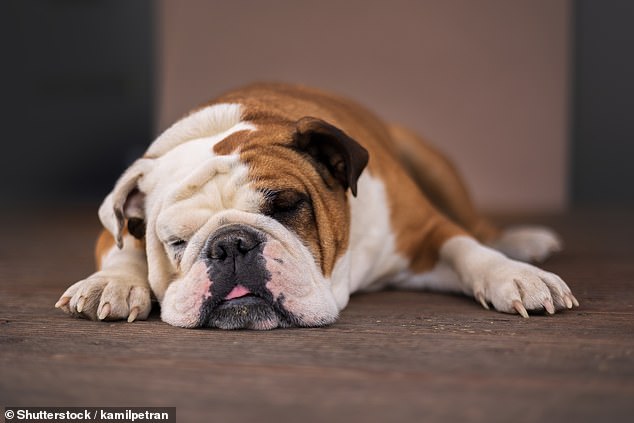 Among the breeds the vet listed were dogs with ‘flat faces’, for example, bulldogs and pugs, as he felt the health issues caused by breeding are unethical (stock image) 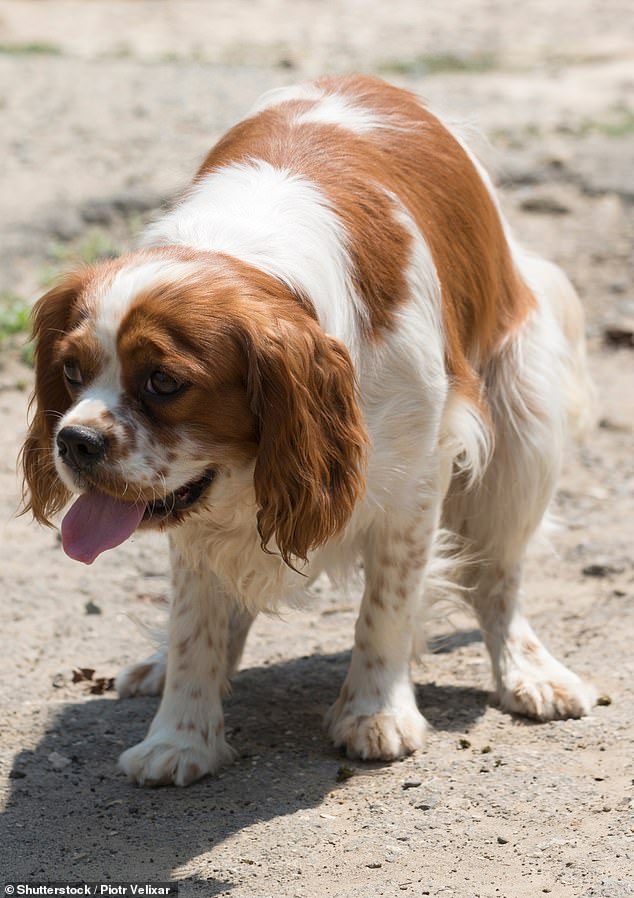 Cavalier King Charles Spaniels were another breed cited by the vet, who said they are the ‘loveliest’ dogs, but they too suffer from painful health conditions

He said it is ‘unfortunate’ that this breed suffers from so many health issues, as they are ‘the loveliest dogs’.

‘If I was going to pick a dog breed for myself, if it weren’t for all of the health issues, it would probably be the Cavvy,’ Ben said.

‘But they do have loads of issues. Pretty much all of them get the same kind of heart disease, called mitral valve disease, which means that many of them spend their last days coughing and spluttering ,and struggling to breathe, and ultimately dying of heart failure.

‘Okay, they’ve got to die of something, but in my opinion, breeding a dog with such a high probability of disease is not fair.’

The third dog Ben listed was the dachshund – known colloquially as ‘sausage dogs’. 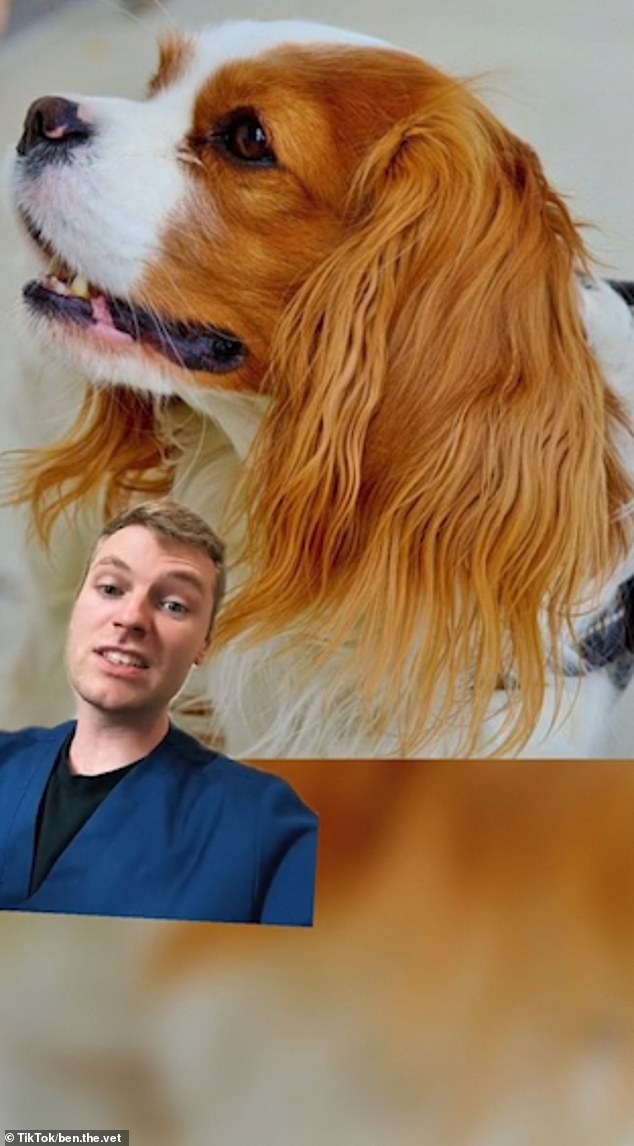 According to Ben the Vet, if he were going to pick a dog breed for himself ‘if it weren’t for all of the health issues, it would probably be the Cavvy’ 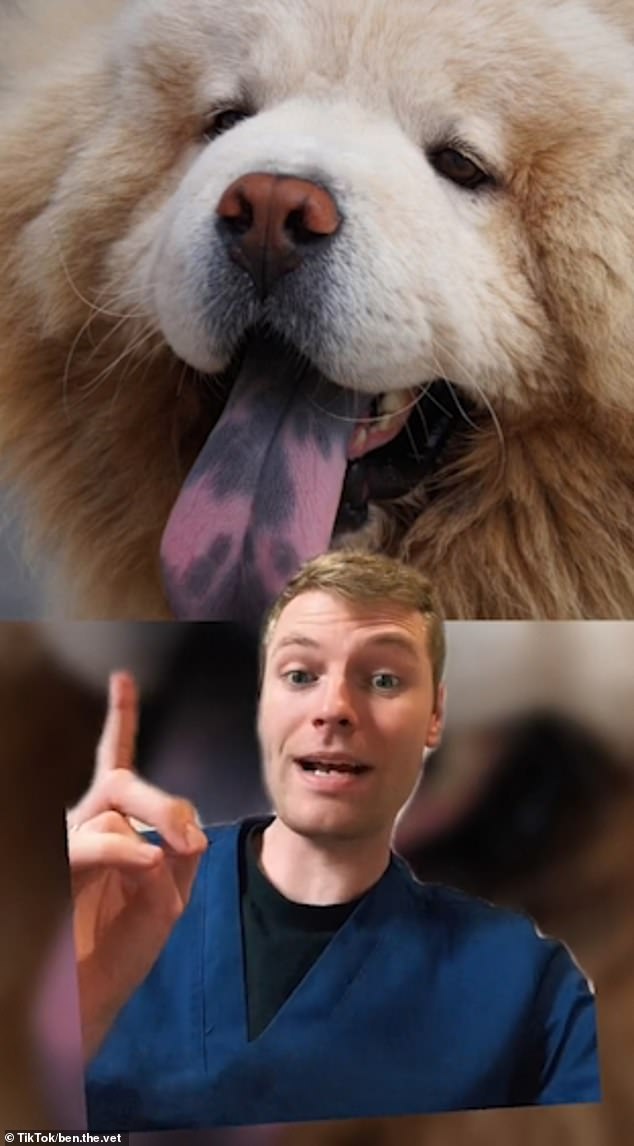 Ben the vet (pictured) said that he would never own a Chow Chow, describing them as ‘aloof’ and noting that they suffer quite commonly with eye problems

Describing them as ‘really lovely dogs’ he revealed that some of his favourite patients are sausage dogs.

He explained: ‘That can range from just pain to complete paralysis.

‘This frequently means that they have to have spinal surgery, which is obviously a massive undertaking that has a really long recovery period. Again, fantastic personalities, but just too much potential for heartbreak.’ 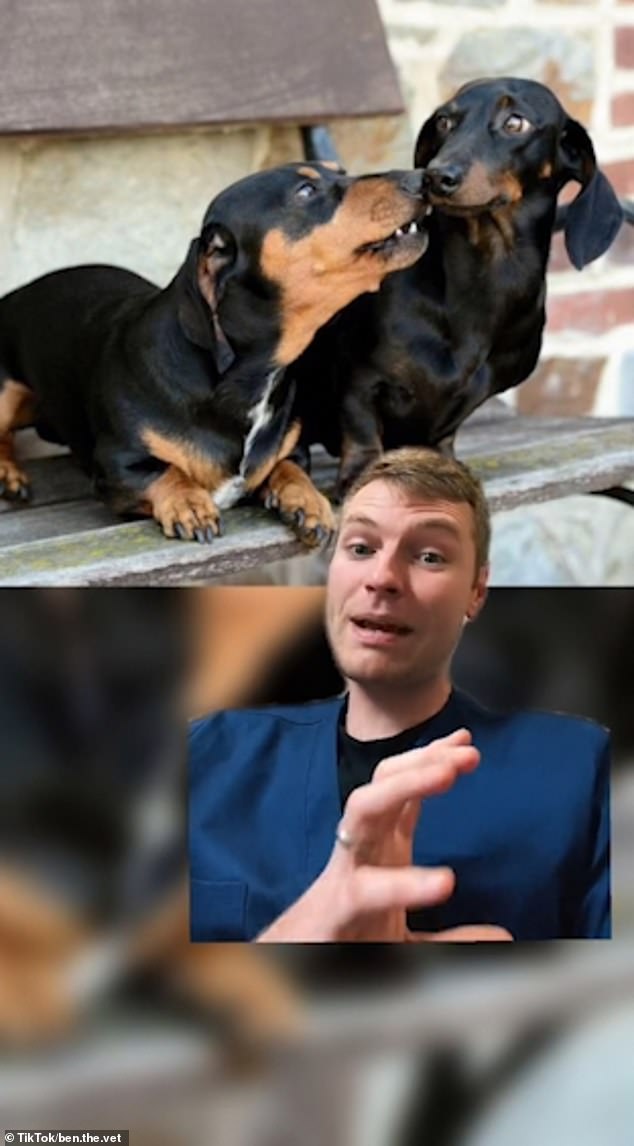 Sausage dogs are another breed that suffer from health problems as a result of how they are bred, revealed the vet, who cited their back issues as a cause for concern

Moving onto the next on the list, Ben cited Shar Peis. Explaining why, he said: ‘They even have a disease named after them called Shar Pei fever.

‘There are people breeding less exaggerated Shar Peis, but most of them are too wrinkly. They’re so wrinkly they have to have their eyelids tacked in place so their hairs don’t rub in their eyes.

‘At the vets, they’re often trying to bite the faces off all of the staff. Most of the Shar Peis I see have loads of health issues.’

The fifth dog breed Ben listed – and the number one breed he would avoid owning – is what he described as ‘flat-faced’ dogs, notably bulldogs and pugs. 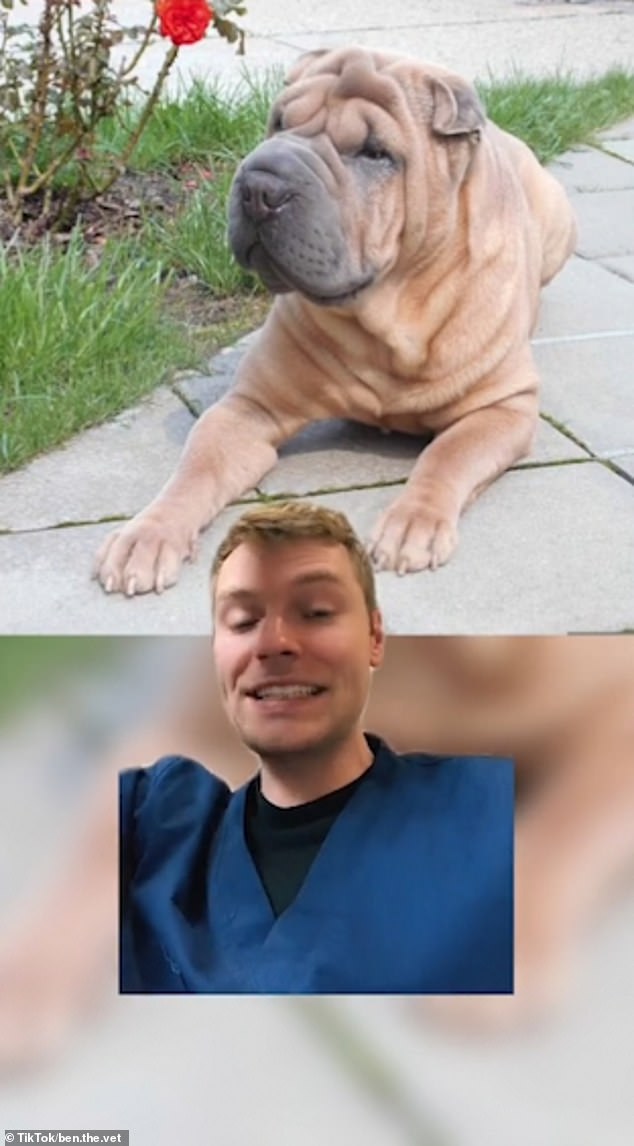 Shar Peis also suffer from a slew of health issues according to Ben the Vet, and are ‘so wrinkly they have to have their eyelids tacked in place so their hairs don’t rub in their eyes’ 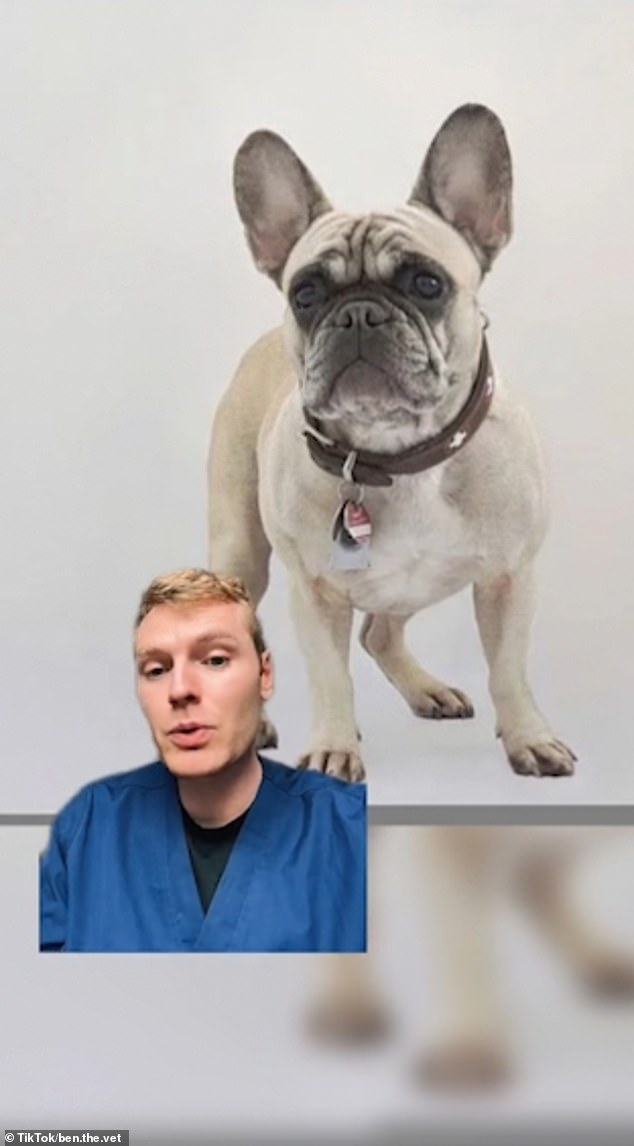 As the number one dog he wouldn’t own, Ben listed ‘flat-faced’ dogs, notably bulldogs and pugs, saying that ‘society has normalised the fact these dogs snorting means they can’t breathe very well’

He said: ‘Society has normalised the fact these dogs snorting means they can’t breathe very well.

‘There are specimens of these dogs that are healthier than others, but they are so prone to so many problems – spinal issues, skin problems, eye problems.

‘The fact that over half of them have to have a caesarean to give birth is enough of an ethical issue for me to never want to have one.

‘If you’re okay with that, that’s fine, but for me personally, it isn’t very fair.’