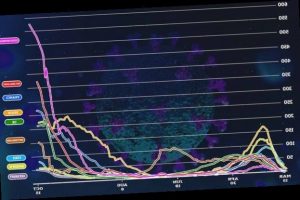 What can we learn from nations that got it right? VICTORIA ALLEN analyses the UK’s coronavirus testing farce

Why has Test and Trace fallen apart in England while other countries have managed to make the system work?

The principle is simple – test people with symptoms, trace their contacts and ask them to self-isolate – but the execution has varied dramatically.

England has lagged behind countries such as South Korea, which rapidly grasped the importance of testing people and tracking their contacts. 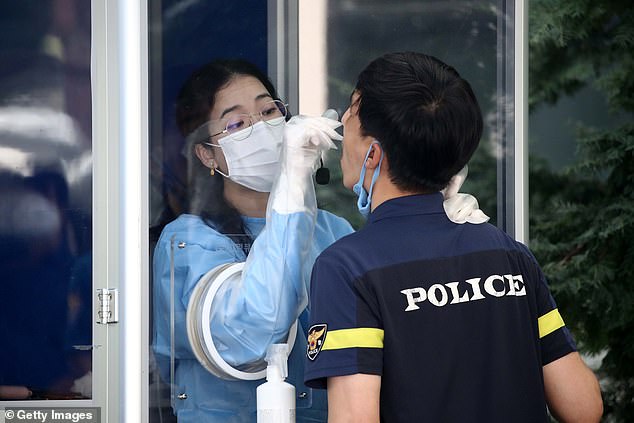 In South Korea, they rapidly grasped the importance of testing people and tracking their contacts. Pictured: A police officer being screened for coronavirus in Seoul

In other countries innovative ideas have been dreamed up, such as in Singapore, where older people without smartphones who cannot download the contact tracing app can instead wear Bluetooth tokens on lanyards around their neck.

But in England even the basics have gone wrong, with the system becoming overwhelmed by demand, and resulting in farcical cases where people in south London were offered tests in Aberdeen.

So what lessons could NHS Test and Trace, which Boris Johnson promised would be ‘world-beating’, learn from other countries? Germany, which has efficiently dealt with Covid since the start, added hundreds of extra people to local health protection teams for its test and trace operation.

But in England this vital part of the system was largely entrusted to call centres and people working online, several of whom were said to have spent their days being paid to watch Netflix with little or nothing to do.

There was a shift to a more local approach in August, but the national system is still only managing to reach 57.6 per cent of close contacts, the latest figures show. 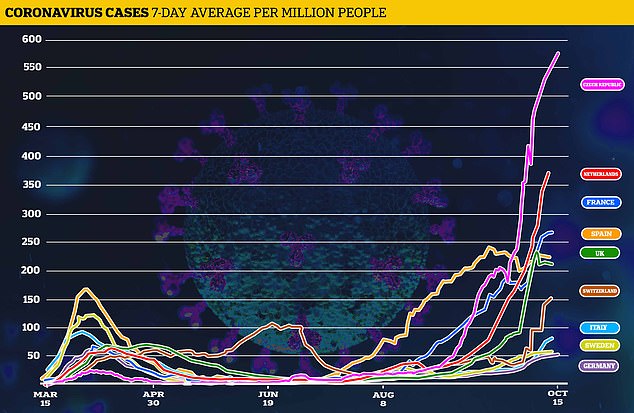 EUROPE 7-DAY AVERAGE DAILY NEW CASES PER MILLION PEOPLE: The Czech Republic, in purple, has the highest infection rate in Europe – ahead of hard-hit Western European countries such as the Netherlands (in red), France (in blue) and Spain (in orange) 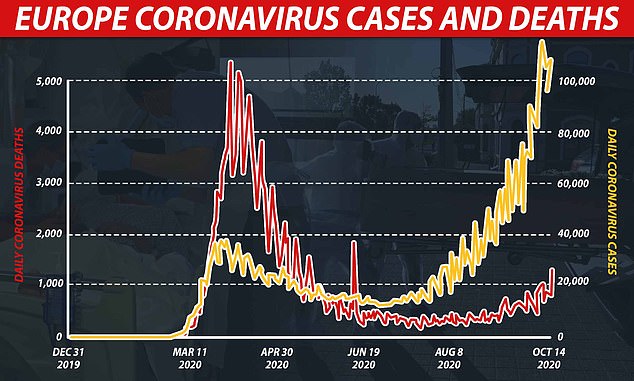 EUROPE CASES AND DEATHS: Infections have been on a different path to fatalities for some time, with cases surging thanks to mass testing while hospital cases and deaths grow more slowly in much of Europe 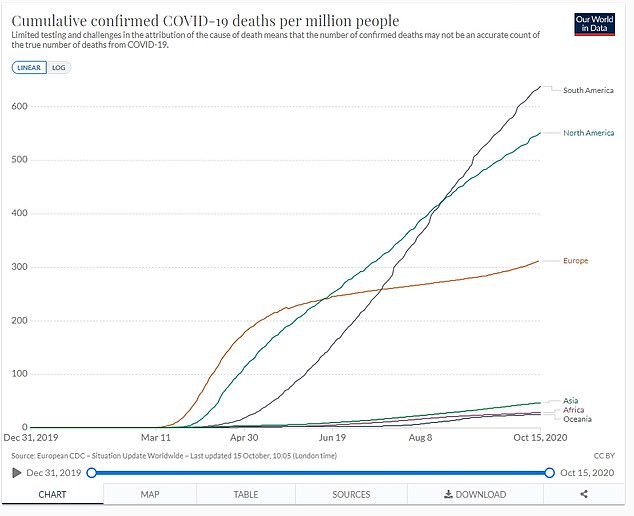 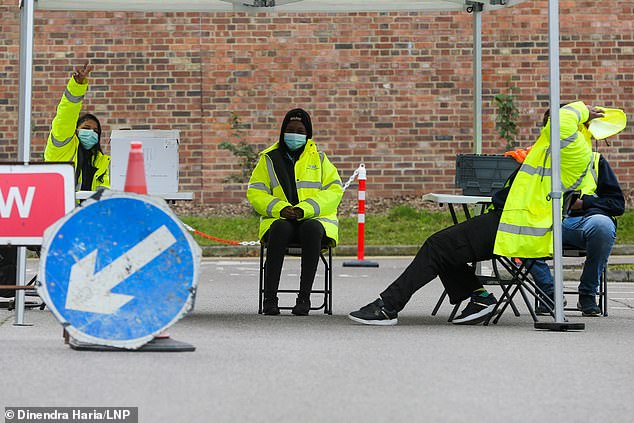 In London, staff at a coronavirus testing centre are pictured sitting with little to do last month

The old-fashioned ‘shoe-leather’ approach, of knocking on people’s doors and speaking to them in person within local areas, reaches 97.7 per cent of the same contacts.

South Korea, which has more than 600 screening centres, set up contact tracing from the beginning of its epidemic, while England was slow to start, not launching it until May, around two months after the lockdown.

While South Korea had a turnaround time of six to 24 hours for its test results in March, this country’s Test and Trace is still struggling. Mr Johnson promised to have all test results delivered within 24 hours by the end of June, except for where there were ‘insuperable’ problems.

But the latest figures show less than a third of people tested for Covid-19 in person, at a regional or local site, or a mobile testing unit, received their result within 24 hours.

Some Asian countries isolate everyone with a confirmed infection in a hospital or similar facility, while New Zealand has ‘quarantine hotels’.

This could not be done for everyone in the UK, but the Government’s Scientific Advisory Group for Emergencies has discussed temporary accommodation for Britons who live with vulnerable people to avoid spreading the virus.

Another idea which could be worth looking at is to test the contacts of infected people, as New Zealand does, with a positive test result more likely to encourage someone to stay at home.

However, with tests in such short supply in England that Health Secretary Matt Hancock had to set out rationing criteria last month, this currently seems unlikely.

END_OF_DOCUMENT_TOKEN_TO_BE_REPLACED

END_OF_DOCUMENT_TOKEN_TO_BE_REPLACED
We and our partners use cookies on this site to improve our service, perform analytics, personalize advertising, measure advertising performance, and remember website preferences.Ok