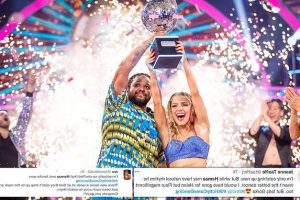 ‘He wasn’t the best dancer!’ Viewers are split after Hamza Yassin is crowned this year’s Strictly winner

Viewers are split over who should have won Strictly last night as some contested Hamza Yassin and Jowita Przystal’s win.

The British cameraman, 32, and his dance partner bagged the win in spite of a Showdance that got their to the bottom of the leaderboard and was later dubbed ‘underwhelming.’

Some viewers watching felt that Helen Skelton and Gorka Marquez or Fleur East and her dance partner Vito Coppola deserved the win.

It comes as some fans watching the finale noted that Gorka looked like he was ‘fuming’ after Hamza and Jowita were crowned the winners. 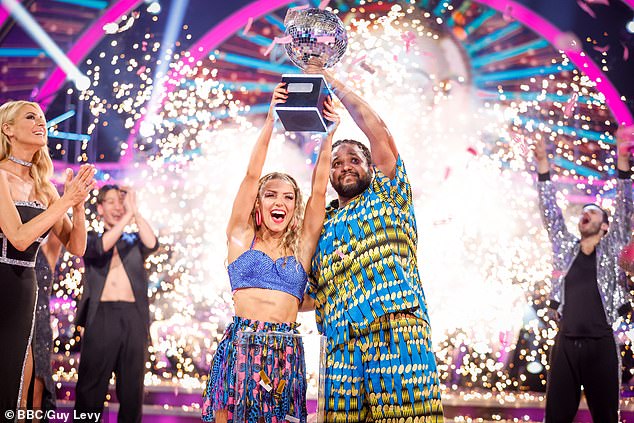 For their final dance of the night, Hamza and Jowita performed their couple’s choice dance of to Jerusalema – Remix by Master KG featuring Burna Boy and Nomcebo Zikode.

And after their disappointing Showdance, the two were determined to end their Strictly experience with a bang.

And they did just that as they had everyone on their feet with their thrilling routine, with things getting a little teary during the comments as they judges praised his amazing progress.

Speaking after his win, an emotional Hamza said: ‘Words can’t describe how I feel. I want to thank one person in particular – Jowita, you are an angel disguised as a human being. That’s what you are, you’re amazing.

‘Thank you to everyone out there for voting for us. This is the best thing that’s ever happened to me.’ 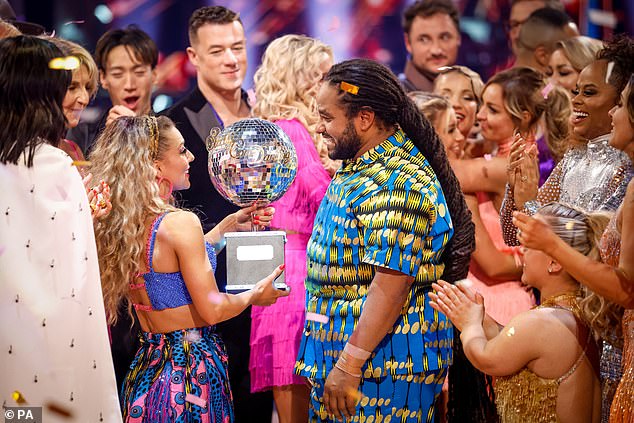 She added: ‘I would love to thank everybody, you are amazing.’

Watching at home, some viewers felt that Hamza won due to his popularity rather than his dance moves. 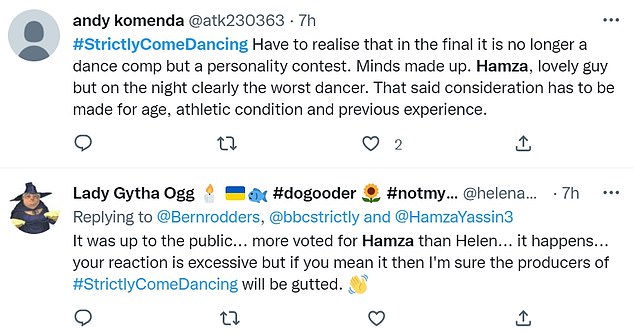 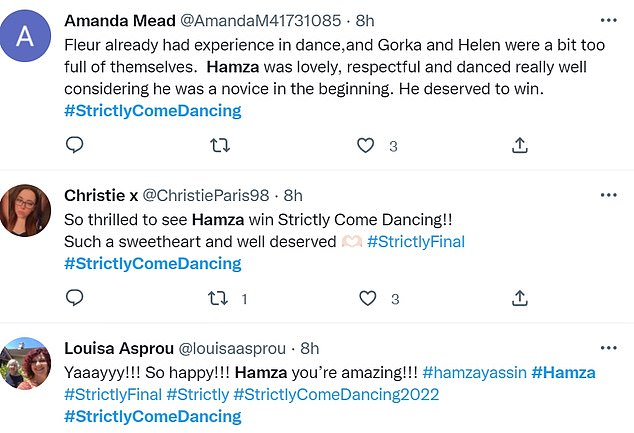 ‘I’m only catching up now. But while Hamza  may have natural rhythm he wasn’t the better dancer. I would have gone for Helen but Fleur magnificent too. But lads Gorka,’ one said.

‘Have to realise that in the final it is no longer a dance comp but a personality contest. Minds made up. Hamza, lovely guy but on the night clearly the worst dancer. That said consideration has to be made for age, athletic condition and previous experience.’ another said.

‘It was up to the public… more voted for Hamza than Helen… it happens… your reaction is excessive but if you mean it then I’m sure the producers of #StrictlyComeDancing will be gutted,’ one said. 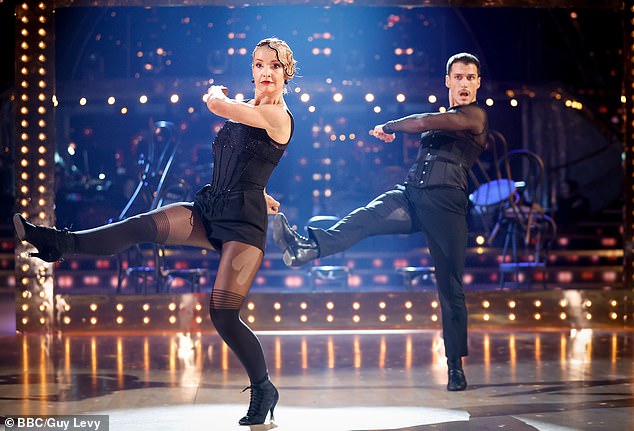 Some said Helen Skelton and her partner Gorka Marquez deserved the win more, with some quipping the professional dancer looked like he was ‘fuming’ when the results were announced 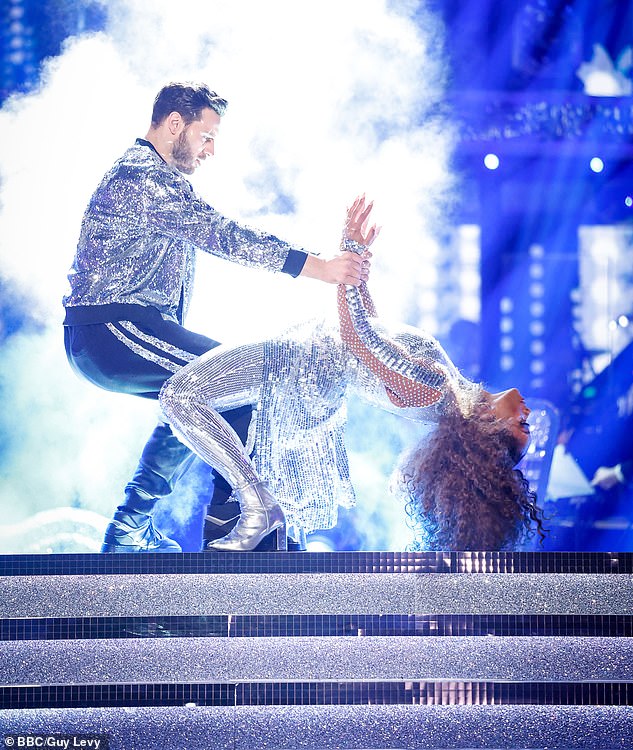 But some people were happy that their favourite competitor bagged the win.

‘I’m actually so chuffed that Hamza and Jowita won. There was never a week at all that they didn’t step up to the mark and it’s just been such a joy to watch them. Congrats you guys,’ one said.

You put faith in me that I didn’t have’: Tearful Helen Skelton credits Gorka Marquez for helping her to ‘remember who I am’ amid marriage split