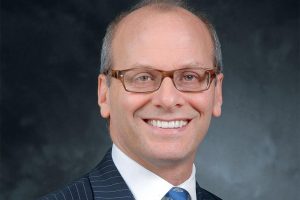 After buying WarnerMedia from AT&T, the company now known as Warner Bros. Discovery has a new acquisition target: primetime ad dollars that have been going to ABC, CBS, NBC and Fox.

The new entertainment giant has been talking to big media-buying agencies about an enhanced package of commercial inventory in top programs that encompass not only lifestyle shows from Discovery outlets like Food Network and TLC, but also sports properties from Turner Sports; movies that might turn up on TNT and TBS; and tentpole events at CNN.

Traditional hits in broadcast primetime “are hard to find” in the streaming era, says Jon Steinlauf, chief U.S. advertising officer for Warner Bros. Discovery, in an interview. Meanwhile, his company can “curate” programs from across its cable networks that will give advertisers audiences similar to what they might get from broadcast rivals. “When you put together all of the discrete fan bases together, you’ve got as much reach as any company can get,” he says.

The strategy shows the newly merged company growing aggressive as the industry’s annual “upfront” advertising market looms. In the past, Discovery hasn’t vied as directly with bigger media companies, holding an upfront presentation earlier in the year, far from the glitzy entreaties of Disney, Comcast and Paramount Global. In 2022, Discovery Warner Bros. will hold a presentation on Wednesday, May 18 in a time slot previously occupied by WarnerMedia. In the upfront, U.S. media companies try to sell the bulk of their advertising inventory ahead of the launch of their next cycle of programming.

Warner Bros. Discovery intends to augment an existing package it has already been offering to advertisers. Since launching a “Premiere” program in 2018, Discovery has guaranteed advertisers who agreed to terms first position in ad breaks in original episodes of 30 different shows, including “Deadliest Catch,” “Shark Week” “90 Day Fiancé” and “Property Bros.” The idea at the time was to lure broadcast advertisers away with a deal that offered lower rates of increase in the cost of reaching 1,000 viewers, a measure known as a CPM that is central to ad-sales discussions between TV networks and Madison Avenue. “We priced it in-between top of cable prime and the aggressive CPMs of broadcast,” says Steinlauf, noting that the previous “Premiere” package eventually won the company $500 million in ad commitments. These days, Warner Bros. Discovery is part-owner of its own broadcast outlet, the CW, which it operates in a joint venture with Paramount Global.

The new “Premiere” packages, says Steinlauf, will be turbo-charged by the inclusion of sports like live NHL and NBA broadcasts, the syndicated “Jennifer Hudson Show” and even Adult Swim mainstays like “Rick and Morty.” He says he is working with Chris Licht, the new chairman of CNN, to find properties that are likely to generate bigger audiences, including CNN’s documentary series, presidential debates and special election coverage, or programming like the network’s recent coverage of the White House Correspondents Dinner. But the sports, he acknowledges, will be the big hook. With NCAA March Madness, NHL, NBA and MLB games, he says, Warner Bros. Discovery is poised to deliver larger audiences than many broadcast offerings in spring and summer, thanks to the migration of audiences for scripted series to streaming venues.

“The marketplace needs more high-quality supply” of ratings and audience, given the number of consumers who choose to stream their favorite scripted shows on demand, says the executive. “This supply of our top-tier inventory is much needed in this marketplace.”

Of course, Discovery wants something in exchange for access to such content. “We are not saying we want to have a small, single-digit share,” Steinlauf says, noting that the company expects to gain a “full slice” of spending that would have typically been placed among the broadcast networks. Advertisers, he says, “have got to rethink their allocation and where do we fit in” to gain a “Premiere” schedule. “We are not saying ‘incremental reach.’ We are saying ‘substitutable reach,’” says Steinlauf.

The new sales pitch, unveiled a week before Warner Bros. Discovery rivals are set to make their own outreach to Madison Avenue in glitzy meetings, represents an early move by Steinlauf, who parlayed a stint running advertising sales for former Scripps Networks properties like HGTV and DIY into a gig at the helm of what may be one of the more truculent media operators in recent memory. Warner Bros. Discovery arrives on the scene with a vow to cut $3 billion in debt. The company has, in its earliest days, already scuttled the launch of CNN+ and cut ties with the SAG Awards, a longtime Hollywood showcase for TNT. Increasing ad revenue would only help the company achieve its goals.

Other ad-sales executives like to make bold proclamations at conferences. Steinlauf has developed a reputation for instead studying the market with an academic viewpoint to devise sales ideas that others do not. He has also found ways to get so-called “endemic” advertisers who have more to do with the sale of food supplies to restaurants or home-improvement goods to retailers to take up more TV advertising than they have in the past.

Now, he finds himself navigating not just the lifestyle networks of Discovery but the flashier properties of Warner. Steinlauf is likely to have influence over the growing world of ad-supported streaming, as Warner Bros. Discovery is expected to combine Discovery+ with HBO Max. Both venues offer ad-supported tiers, but “these are really two babies” in the streaming wars, and the company is willing to consider new advertising ideas and policies, depending on what clients want. Steinlauf believes a combined streaming product will be able to accommodate sponsors whose ads are more tied to the Discovery side of the house, as well as those who seek the broader appeal of the Warner properties. Some clients, he says, will seek to align their commercials with both types of programming.

He is not rushing to make changes at HBO Max, which has generated appeal with efforts to limit the number ads it runs each hour. Even so, it has found ways to pair marketers with HBO-style programs that Madison Avenue has long coveted. “We are going to try to keep commercial loads tight,” Steinlauf says, noting that the company remains open to considering new “possibilities” at an early point in streaming’s rise.