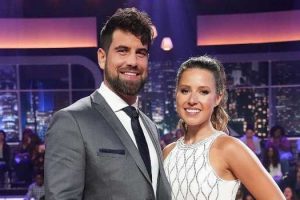 The former Bachelorette, 31, posted an Instagram Story on Wednesday, September 8, that showed her playing a prank on the wildlife manager, also 31, as he returned to their hotel room after going out for an errand. Dressed in her robe, the Washington native popped out into the entryway, spooking her partner as he walked in. 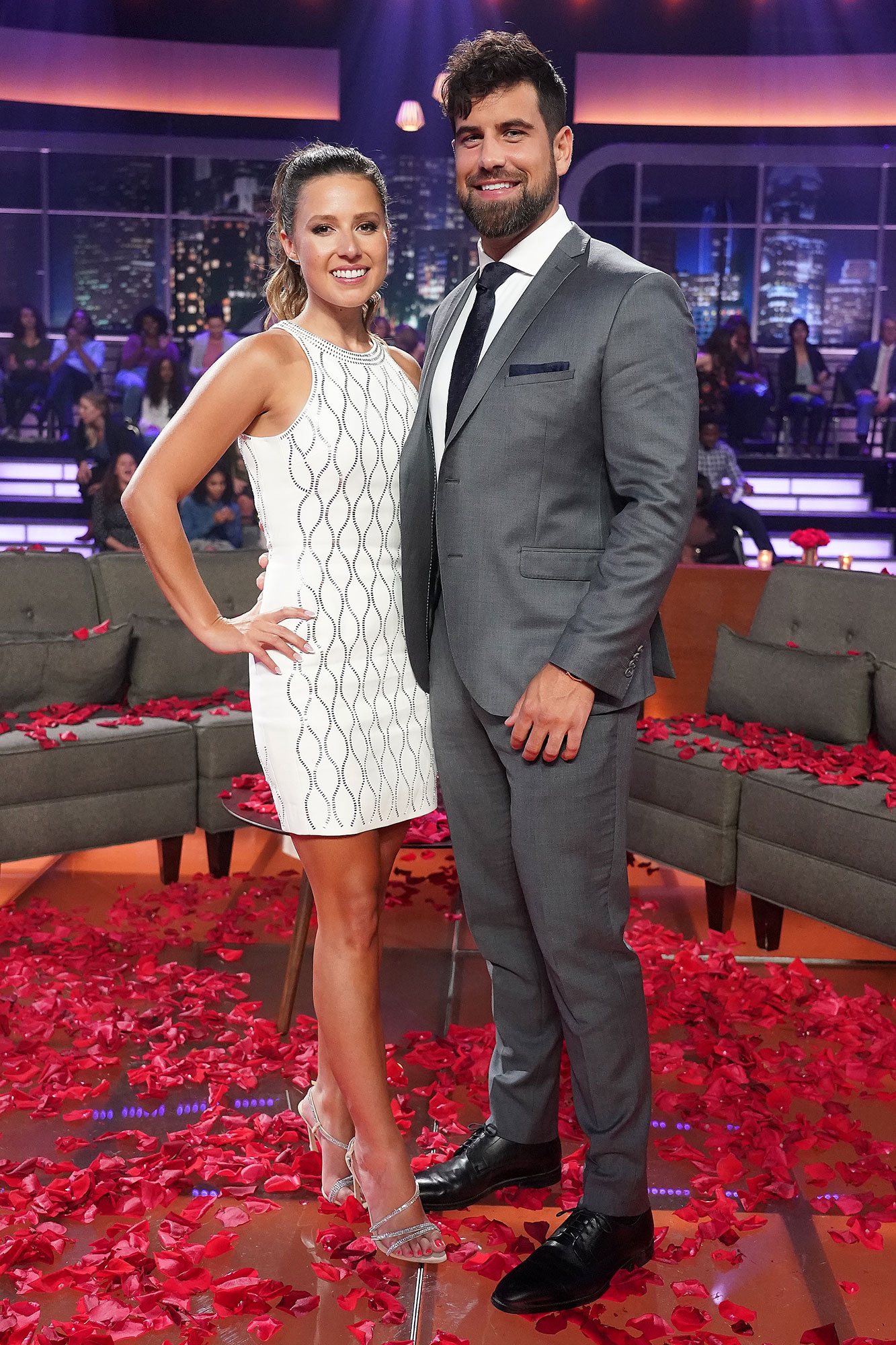 Katie Thurston and Blake Moynes”Ah, f—k!” Blake screamed, jokingly adding, “You’re an idiot.” The couple then burst into laughter as Katie went in for a hug.

On Thursday, September 9, the former bank marketing manager tweeted that the twosome were in NYC to attend the U.S Open. The occasion marked the first time the pair had seen each other since August when Katie visited Blake’s native Canada.

Last month, the Bachelor alum opened up about how difficult it is to maintain a long-distance relationship across two different countries.

“I don’t think people fully understand what it’s like to date someone from another country and the rules behind that and the visas behind that,” she said in an Instagram Story video. “I think right now Blake can only be here for 60 days before having to go back to Canada, so we really do have a lot we have to look into — and we just haven’t yet — before we can plan really anything else.” 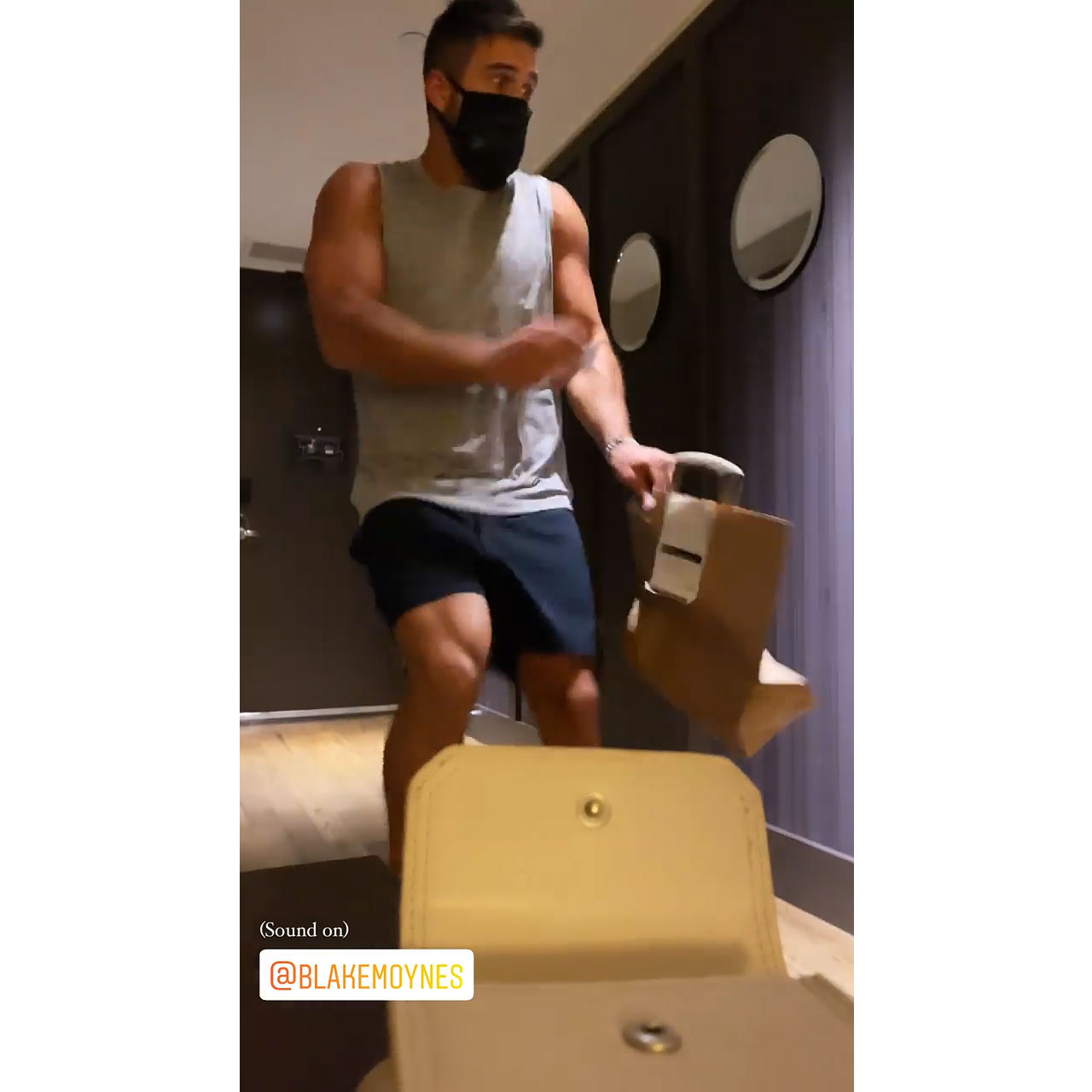 Katie previously said that the couple are planning to experience “both home countries together” before they make a decision about where they’ll settle for good.

“We need to see each other’s lifestyles and our passions, our interests, and then try to see where our anchor spot will be, where all those things can kind of align and make sense for both of us,” Blake told Us Weekly in August. “We’re going to jump around for a bit and experience what works best for us.”

Blake, who initially appeared on Clare Crawley and Tayshia Adams‘ season of The Bachelorette last year, proposed to Katie during the August finale of season 17. After the episode, she admitted that she wasn’t sure their relationship would have lasted if he hadn’t popped the question.

“It’s hard to say if we would have survived just as a dating couple,” she told Us last month, “but the fact that we’re both committed to each other as future husband and wife, it just says a lot about our confidence in our relationship.”