Prince Harry will be shunned from returning to UK: royal expert

The monarch was the guest of honor at JW3 London for a Hanukkah celebration for Holocaust survivors.

At the party, Charles danced the hora to various Jewish songs, including “To Life” from “Fiddler on the Roof” and “Oseh Shalom,” and joined students and volunteers preparing and packing meals for the center’s food bank.

His festive moves were quite different from the break-dancing skills the future king showed off in 1985, which were later portrayed on “The Crown.”

On Friday, Charles stepped out hours after his son Harry and daughter-in-law Meghan Markle were seen accusing palace courtiers of issuing briefs against them while protecting other members of the royal family. 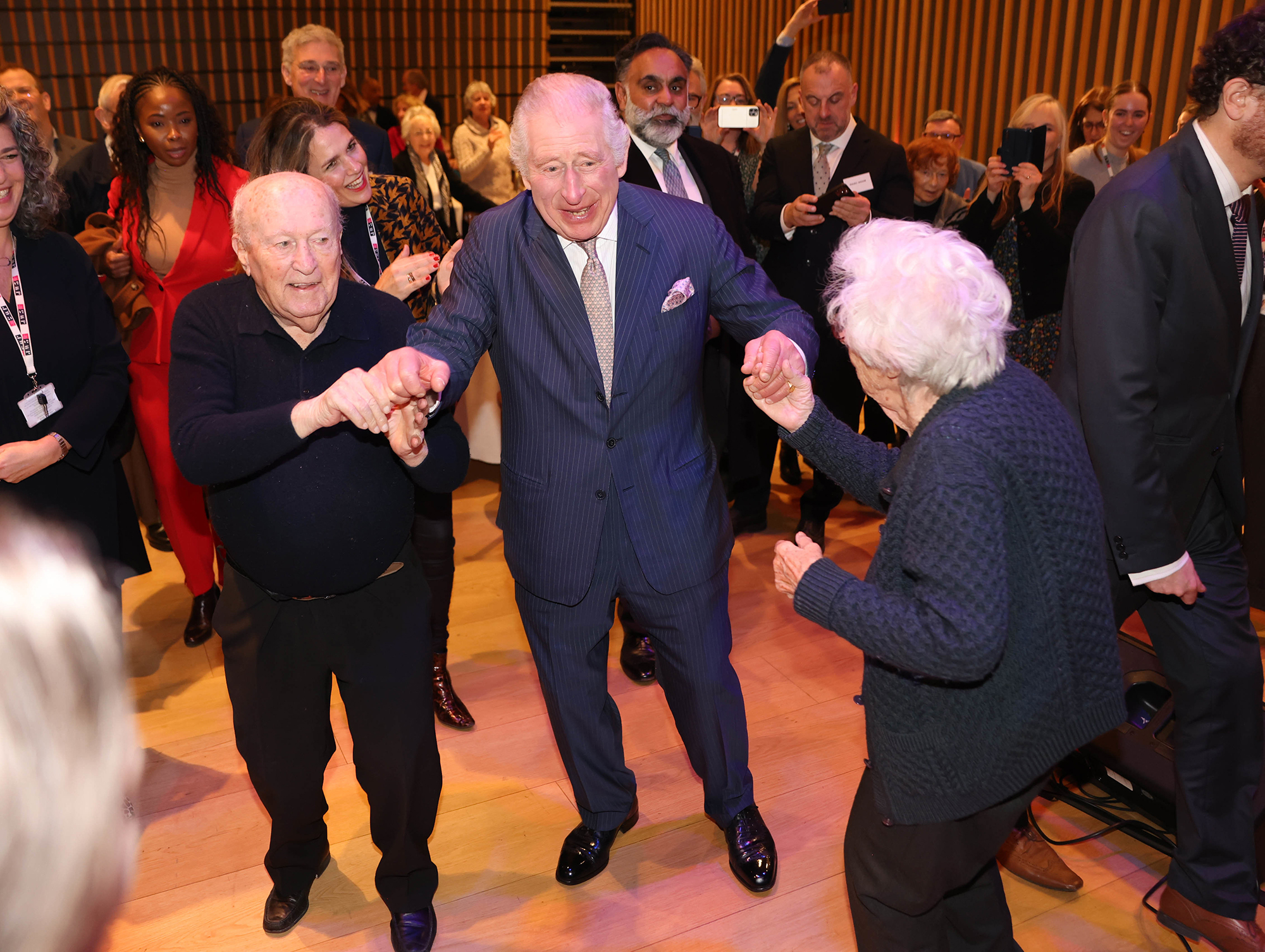 Harry, 38, makes explosive claims in the docu-series “Harry & Meghan” that his brother Prince William “bullied him” out of the royal family. He also says that William’s staff “traded” stories with the press — and that his father’s staff told lies about him and possibly leaked stories to the media.

“There’s leaking, but there’s also planting of stories,” says Harry, implying that Charles’ staff leaked a story about him and Markle wanting to move to Canada. 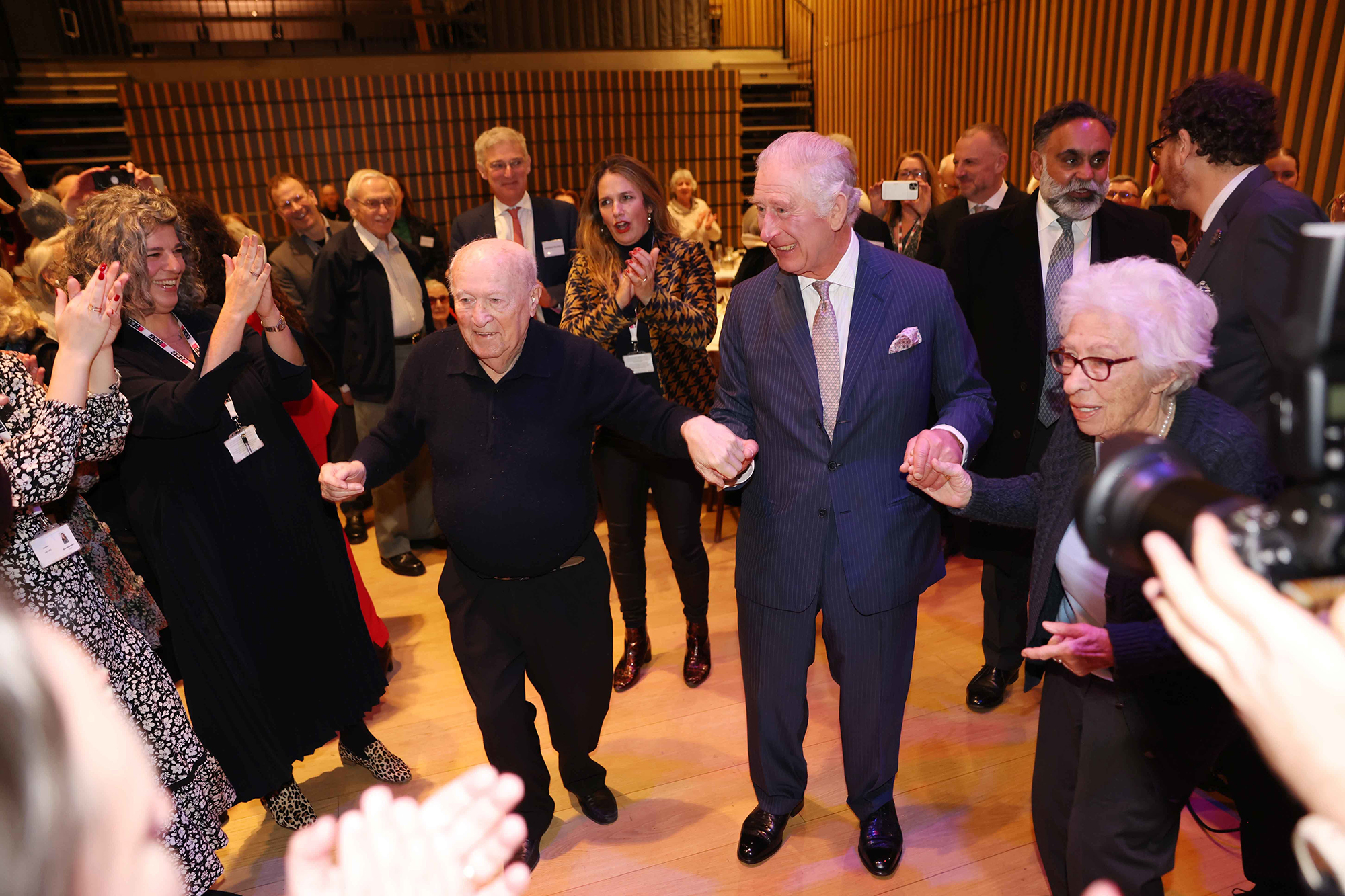 The prince details how Charles demanded they put their plans to “step back” from the family in writing — which Harry said he was reluctant to do, because the last time he had put similar plans in writing to his father they’d ended up in the media.

“His dad said ‘Put it in writing’ and he did and it was just five days later it was on the front page of a newspaper,” Markle claims. 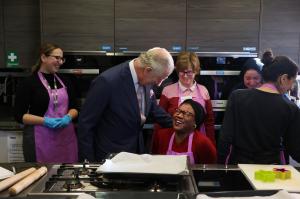 Buckingham Palace and Kensington Palace have both declined to comment.

But Charles didn’t let any upsets show on Friday as he held the hands of two elderly community members and danced in a circle to whoops and cheers ahead hanukkah’s Sunday night start. 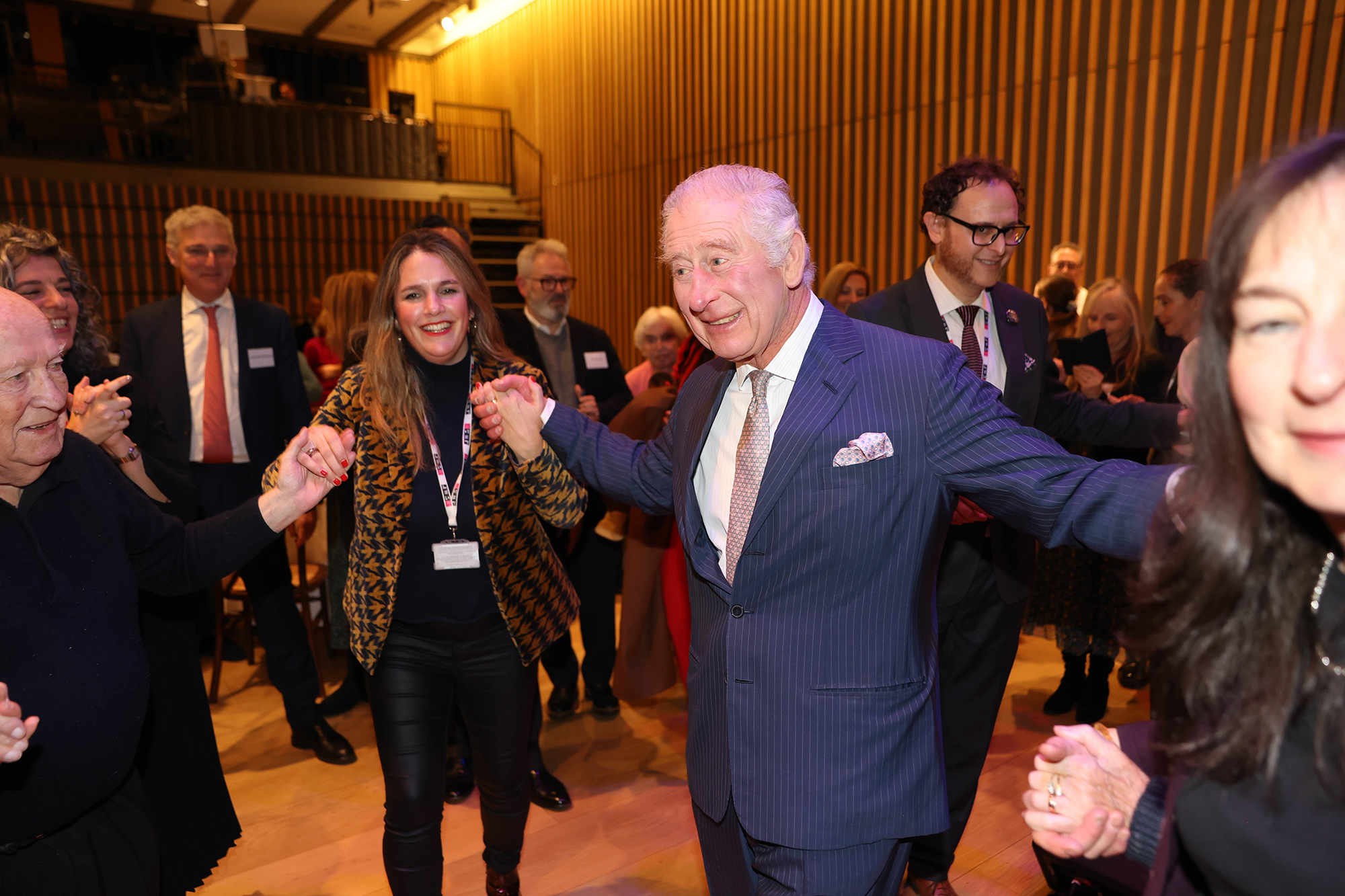 Back in 2019, Charles hosted a pre-hanukkah reception at Buckingham Palace, and it was recently revealed that he will make an important change in his upcoming coronation.

At the late Queen Elizabeth’s coronation, she promised to be “Defender of the Faith upholding the rights of the Church of England.” The Daily Telegraph reported that Charles will recognize that he serves all religious faiths at his own coronation in May.

As he said in 1994:  “I personally would rather see it as Defender of Faith, not the Faith, because it means just one particular interpretation of the faith, which I think is sometimes something that causes a deal of a problem.”