Miranda Lambert and Jason Aldean performed at the 2018 County Music Awards on Wednesday, November 14, after she made headlines for slamming sexism in country music.

Lambert, 35, and Aldean, 41, took the stage in Nashville on Wednesday to sing “Drowns the Whiskey,” which reached No. 1 on the charts in August and is nominated for Single of the Year and Vocal of the Year at the CMAs. (The singers lost Single of the Year to Chris Stapleton’s “Broken Heroes” during the broadcast.)

“Yes, I had to sing with someone with a penis to get a number one,” the “Tin Man” singer said during an interview with The Washington Post published on Monday, November 12. “I do like this person, Jason Aldean, a lot . . . so it was a great song with an old friend.” 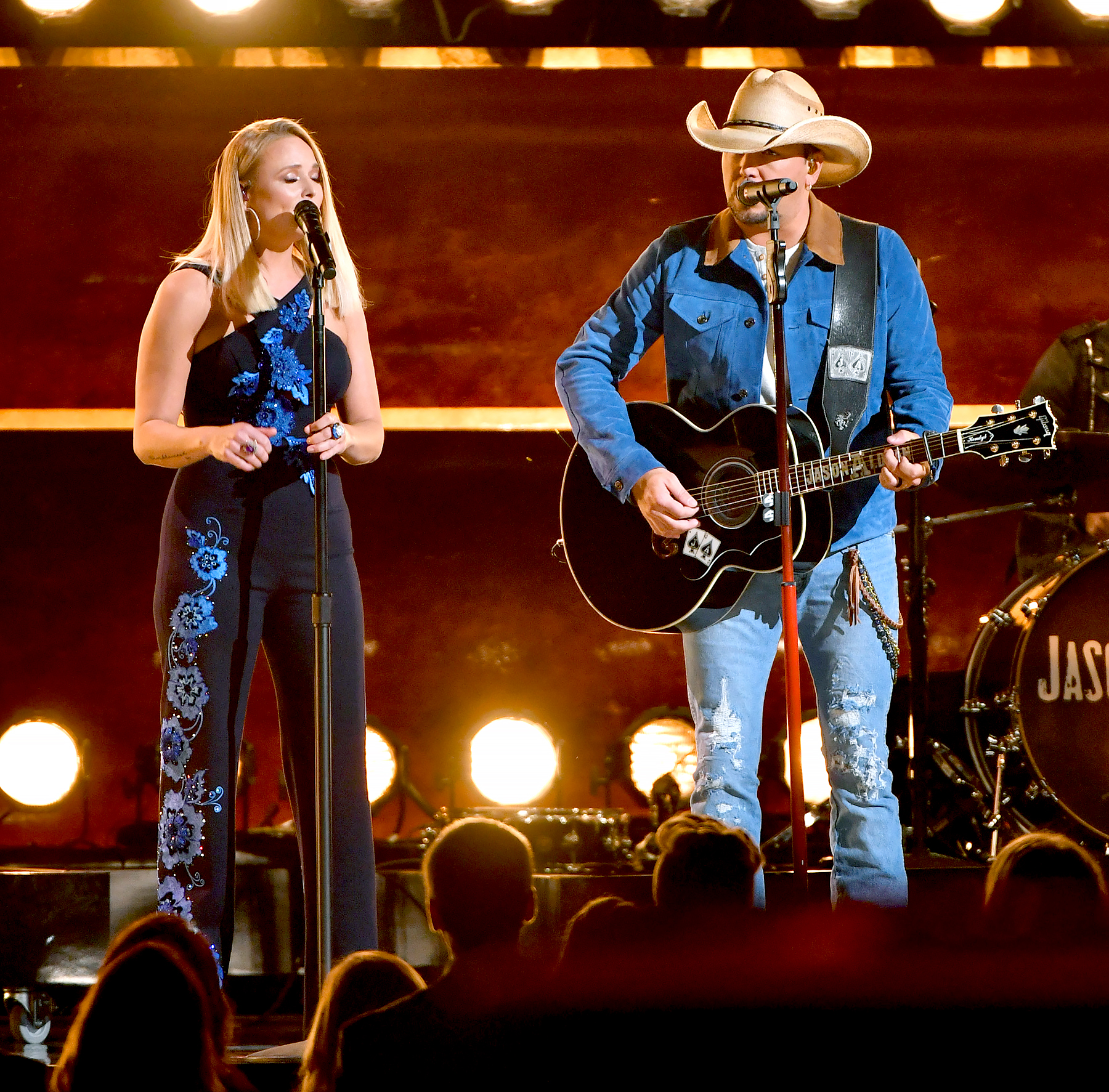 She added: “It is interesting that I haven’t had even a Top 20 in a long, long time. And then it goes No. 1 because it’s a dude. But you know — if we went and looked at how many singles or records were sold for the Top 10 songs right now, I’d probably triple it on record sales. So it doesn’t matter.”

While Aldean has yet to publicly respond to Lambert’s recent remarks, he gave her a shout-out after their performance. “Miranda Lambert, everybody,” he told the crowd.

This is not the first time Lambert has stood up for her fellow women in country music. Back in 2015, she publicly responded after radio exec Keith Hill made headlines for claiming female singers do not perform on country radio.

“If you want to make ratings in Country radio, take females out,” Hill told Country Aircheck at the time. “If you play more than 15 percent female on [country] radio, your rating will go down.”

Lambert then tweeted Hill’s words and added: “This is he biggest bunch of BULLS—T I have ever heard.”