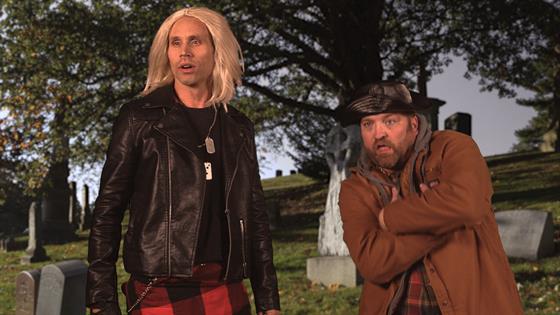 Hocus Pocus turned 25 years old this year, and two of the actors decided to celebrate by recreating one of their famous scenes.

Remember Larry Bagby and Tobias Jelinek? They played bullies Ernie (a.k.a “Ice”) and Jay, respectively in the 1993 original. In one scene, the dynamic duo teased Omri Katz‘s character, Max, in a cemetery. Fast-forward a few decades and it looks Bagby and Jelinek haven’t lost their touch.

The actors recently reprised their roles and made a little movie magic for E! News. Not only did they nail their lines, but they also perfected their characters’ looks—right down to the “Ice” buzz cut.

Check out the video to see their hilarious remake. 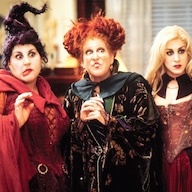 Is Hocus Pocus Even a Good Movie? How It Became an Enduring Cult Classic Anyway

To see the original footage, check out the video below:

The film instantly became a cult classic and is fan favorite this time of year. This is partly due to its star-studded cast. The film starred Bette Midler, Sarah Jessica Parker and Kathy Najimy.

To learn a few on-set secrets, including if Leonardo DiCaprio was up for a role, click here.