Home » Lifestyle » We are ready to be Geronimo’s human shield, say backers

We are ready to be Geronimo’s human shield, say backers 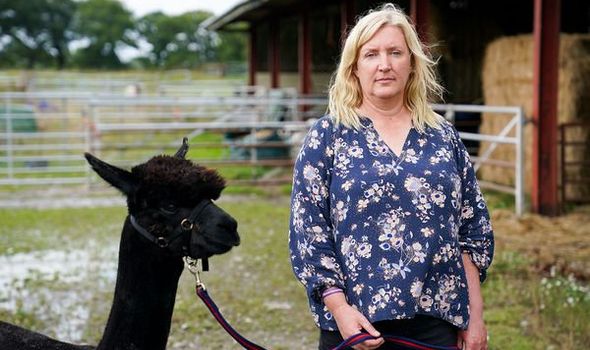 Geronimo, eight, was condemned to death after twice testing positive for bovine tuberculosis. Last week a warrant was issued to destroy him, following a £50,000 High Court battle.

But the stud’s owner, vet and breeder Helen Macdonald, claims the tests were flawed because Geronimo had been given a vaccine that produced a false positive.

Ms Macdonald yesterday spent a third day waiting anxiously for police and a vet to arrive to destroy her beloved pet, originally from New Zealand.

Geronimo was given a 48-hour reprieve over the weekend but Ms Macdonald, 50, feared police would enter her farm early today.

She said yesterday: “We will not break the law but we will stand up for what is right. It’s a very strange situation where you have a government treating you like a criminal and you haven’t done anything wrong.

“My mum is 84 on Monday and asked me if she was going to effectively have the firing squad here on her birthday.”

Environment Secretary George Eustice said losing an animal was tragic, but “farmers understand that infected animals are a risk to the remainder of their herd”.

A Department for the Environment, Food and Rural Affairs spokesman said: “Bovine tuberculosis is one of the greatest animal health threats we face today.

“While nobody wants to cull infected animals, we need to do everything we can to tackle this disease to stop it spreading and protect the livelihoods of those affected.”