Home » Lifestyle » Weddings, adultery and 80s punk: what to expect from The Crown season 4

Weddings, adultery and 80s punk: what to expect from The Crown season 4 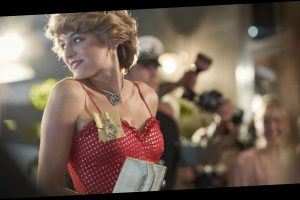 Anna Brech is a freelance journalist and former editor for stylist.co.uk. Her six-year stint on the site saw her develop a vociferous appetite for live Analytics, feminist opinion and good-quality gin in roughly equal measure. She enjoys writing across all areas of women’s lifestyle content but has a soft spot for books and escapist travel content.

Weddings, strikes, punk rock and adultery. Here’s what we might see from season four of The Crown, as Princess Diana and Margaret Thatcher emerge into the royal sphere at a radical time of upheaval.

Season four of Netflix series The Crown is due to hit our screens this November: and for fans of the lavishly-told royal story, plenty of drama awaits.

The new helping of the evocative series covers the years of 1979-1990: a turbulent period that sees Britain’s first female prime minister Margaret Thatcher (played by new cast member Gillian Anderson) grapple with everything from widespread social unrest to IRA terrorism and the Falklands war.

A little closer to home, drama of a different kind is brewing: a fairy tale wedding quickly descends into a marriage in crisis, as the tragic royal journey of Princess Diana (played by Emma Corrin) kicks in.

As the trailer suggests, Charles and Diana’s relationship – from whirlwind engagement to tense marriage-of-three – is likely to form the backbone of the new season’s storyline, as Diana’s jubilant public presence stands at increasing odds with the darker reality of what is happening within.

And of course, all this plays out against the backdrop of the radical 1980s; which, with its bad-ass attitude, fashion and spirit of punk rebellion, has a lot of stylistic kudos to give to this famously well-produced series.

Come see how we imagine the Queen and her growing circle of cohorts may fare in the most stormy season of The Crown yet:

(Please note: these are just our predictions at this point, and are not confirmed as plot for the show).

Margaret Thatcher swept to power as the UK’s first female prime minister in 1979, and her contentious term in office up to 1990 covers the exact period of The Crown season four. This gives us a hint that the series will follow Thatcher’s volatile political arc, including the Falklands War, the brutal government response to miners’ strikes, Thatcher’s friendship with US president Ronald Reagan and the IRA bombing of the Tory conference in Brighton, 1984.

There may also be nods to other major news events in this era, such as the 1981 Brixton riots, the Lockerbie bombing (1988) and the Hillsborough disaster (1989).

Thatcher, who was famously “not for turning”, may have met her match in the Queen. Despite sharing the dubious honour of being “the only woman in the room” in their respective careers at this point, the relationship between the two women could be fraught. Season four may well delve a little further into this tension.

Season 4 of The Crown marks the emergence of Lady Diana Spencer into the royal family: the blushing young kindergarten teacher whose courtship of Prince Charles rapidly turned into a royal engagement in 1981 (where, asked by journalists whether they were in love, Charles famously replied, “yes… whatever love means”). A fairy tale wedding followed, but cracks soon surfaced: the couple had little in common and Diana found it hard to adapt to the intense scrutiny of life as a high-ranking royal.

The Crown will likely spotlight Diana’s behind-scenes struggles with bulimia and the strain of constant media intrusion during these critical years, along with her growing sense of alienation from her husband and the royal family – even as “Princess Di” became evermore popular in the public eye. It will also cover the birth of  Prince William in 1982 and Prince Henry in 1984, along with the rift that developed between their parents in the years that followed.

Prince Charles is, of course, a central figure in Diana’s story and his appearance in The Crown season four is likely to zoom in on the couple’s ill-fated romance – along with the years of distance and betrayals that followed. As the 1980s get underway, one of Britain’s most desirable and carefree young bachelors evolved into someone altogether more complicated: watch this space for The Crown to dive right into the transition.

Season three of The Crown ended with Camilla Shand becoming Camilla Parker Bowles, leaving her affair with Charles on the sidelines. However, as we all know, she continued to play a major role in Charles’ life, prompting Princess Diana to note archly , many years later, that “there were three of us in this marriage”. Season four will explore this messy triangle as it took shape over the course of the 1980s, in the shadow of a marriage pushed to the very edge.

The close bond tying the Queen to her wayward younger sister formed one of the most moving storylines of The Crown season three. Season four will pick up in the wake of Princess Margaret’s divorce from Antony Armstrong-Jones, marking an end to their turbulent and adulterous marriage.

As the face of the first divorce in the British royal family in 400 years, Princess Margaret was in a tricky position during this period; but her free-wheeling personality meant that she probably shrugged the pressure off. Season four may touch on her tail-end of her affair with landscape gardener Roddy Llewellyn, however, along with health problems caused by heavy smoking and drinking.

Olivia Colman as the Queen

Season 4 of The Crown pans in on a fairly emotional time for the Queen (not that you’d guess from her stiff upper lip). The series may well focus on her worry for her son Prince Andrew, who served as a helicopter pilot during the Falklands War of 1982. It’ll also likely explore her ties to Princess Margaret, newly free from the divorce her sister granted her, and new Prime Minister Margaret Thatcher, with whom relations were rather strained. Together, the two women had to navigate the radical new era of the 1980s, with all the political discord and rampant consumerism (not to mention out-there fashion choices) that it brought.

Get set, too, for a softer side of the Queen as she welcomes her new grandchildren into the royal family in this season. Along with them, of course, come a couple of new daughter-in-laws: and it’ll be interesting to see how The Crown pitches the monarch’s relationship with Princess Diana and Princess Fergie; especially as marital strain takes hold. Will the Queen step in with some wise words of advice?

Tobias Menzies as the Duke of Edinburgh

Naturally, the Duke of Edinburgh will be by the Queen’s side during this period; perhaps consorting with her on the febrile political climate, or revelling in his new role as grandad. Interestingly, Prince Philip had a close relationship with his daughter-in-law Diana in real life: he often emerged as an unexpected source of support for her during the 1980s and wrote affectionate letters to her signed “Pa”. Season four of The Crown may glance on this touching side story.

Season four of The Crown coincides with Princess Anne’s years as a young mum to Peter and Zara (born in 1981). She continued her many charity roles during these years, and became the seventh Princess Royal in the British Monarchy in 1987 – the same year in which she became the first member of the Royal Family to appear as a contestant on a TV show, on the panel game A Question of Sport.

Season four may explore Anne’s interactions with her sister-in-law Diana, which were said to have been frosty at times, along with her burgeoning career as an Olympic equestrian.

Season four of The Crown begins on 15 November on Netflix.

END_OF_DOCUMENT_TOKEN_TO_BE_REPLACED

END_OF_DOCUMENT_TOKEN_TO_BE_REPLACED
We and our partners use cookies on this site to improve our service, perform analytics, personalize advertising, measure advertising performance, and remember website preferences.Ok