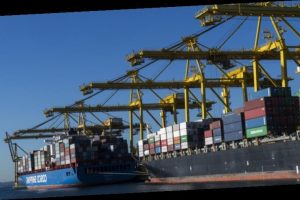 The Maritime Union of Australia has suspended its campaign of industrial action against stevedoring company Patrick at ports around the country without a pay deal.

Federal government ministers and industries organisations had claimed the union's strategy could hurt farmers and imperil medicine supplies if it continued for long enough. 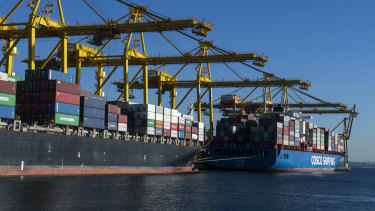 Industrial action at the nation’s wharves has been stopped.Credit:Lousie Kennerley

END_OF_DOCUMENT_TOKEN_TO_BE_REPLACED

END_OF_DOCUMENT_TOKEN_TO_BE_REPLACED
We and our partners use cookies on this site to improve our service, perform analytics, personalize advertising, measure advertising performance, and remember website preferences.Ok