Home » Lifestyle » What are the Beatrix Potter 50p coins, when was the collection released and how valuable are the Peter Rabbit coins?

What are the Beatrix Potter 50p coins, when was the collection released and how valuable are the Peter Rabbit coins? 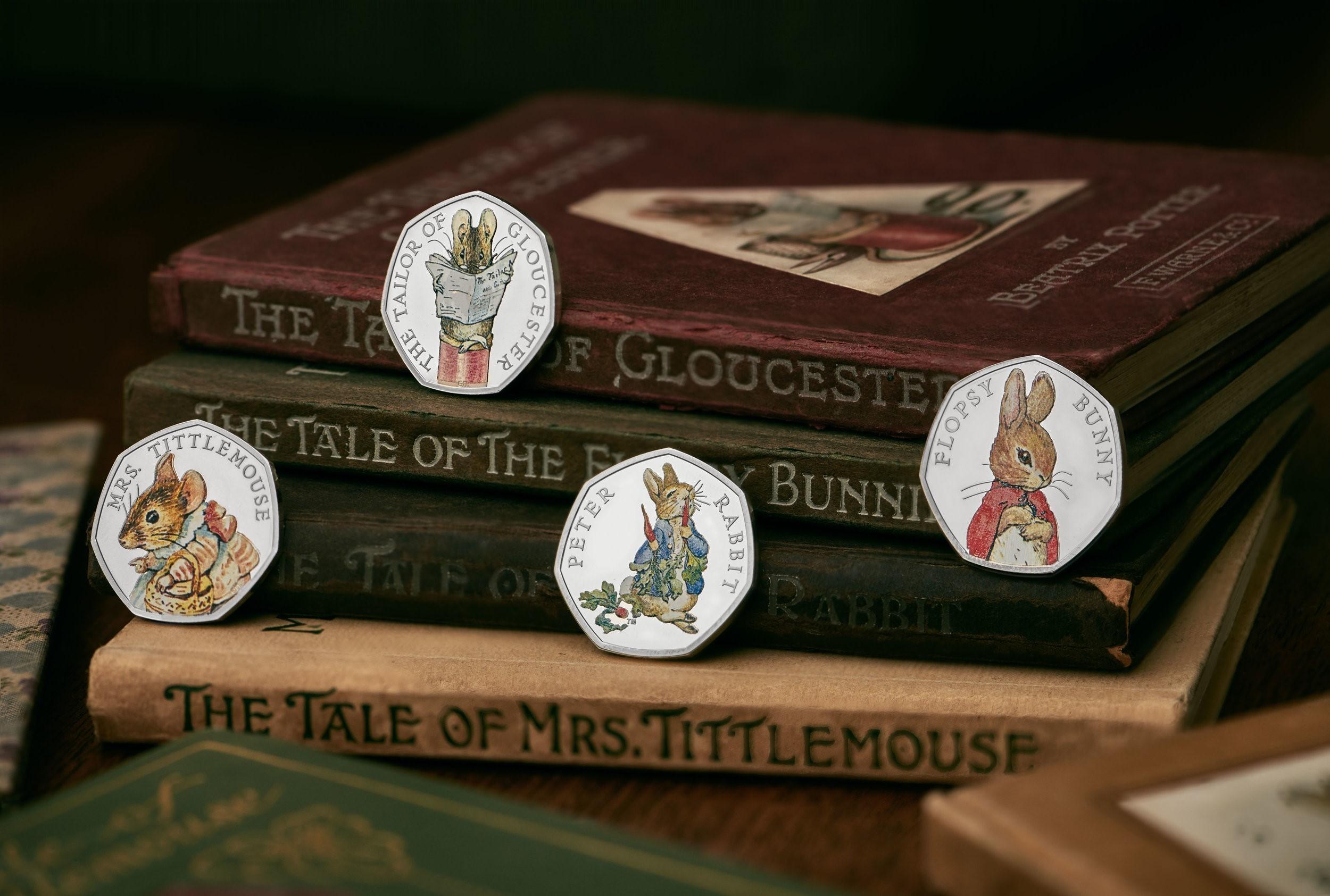 What are the Royal Mint Beatrix Potter Peter Rabbit coins?

This year has seen a flurry of children's book icons come to life.

Peter Rabbit, Flopsy Bunny, Mrs Tittlemouse and a helpful mouse from The Tailor Of Gloucester were released between February and May 2018.

They’ve been created to capture the hand-painted style of Potter’s original illustrations, according to the Royal Mint.

Each image embossed on the coin is a painstaking recreation of the hand-painted illustrations which brought the books to life.

They have been released to mark the 150th anniversary of Beatrix Potter's birth. 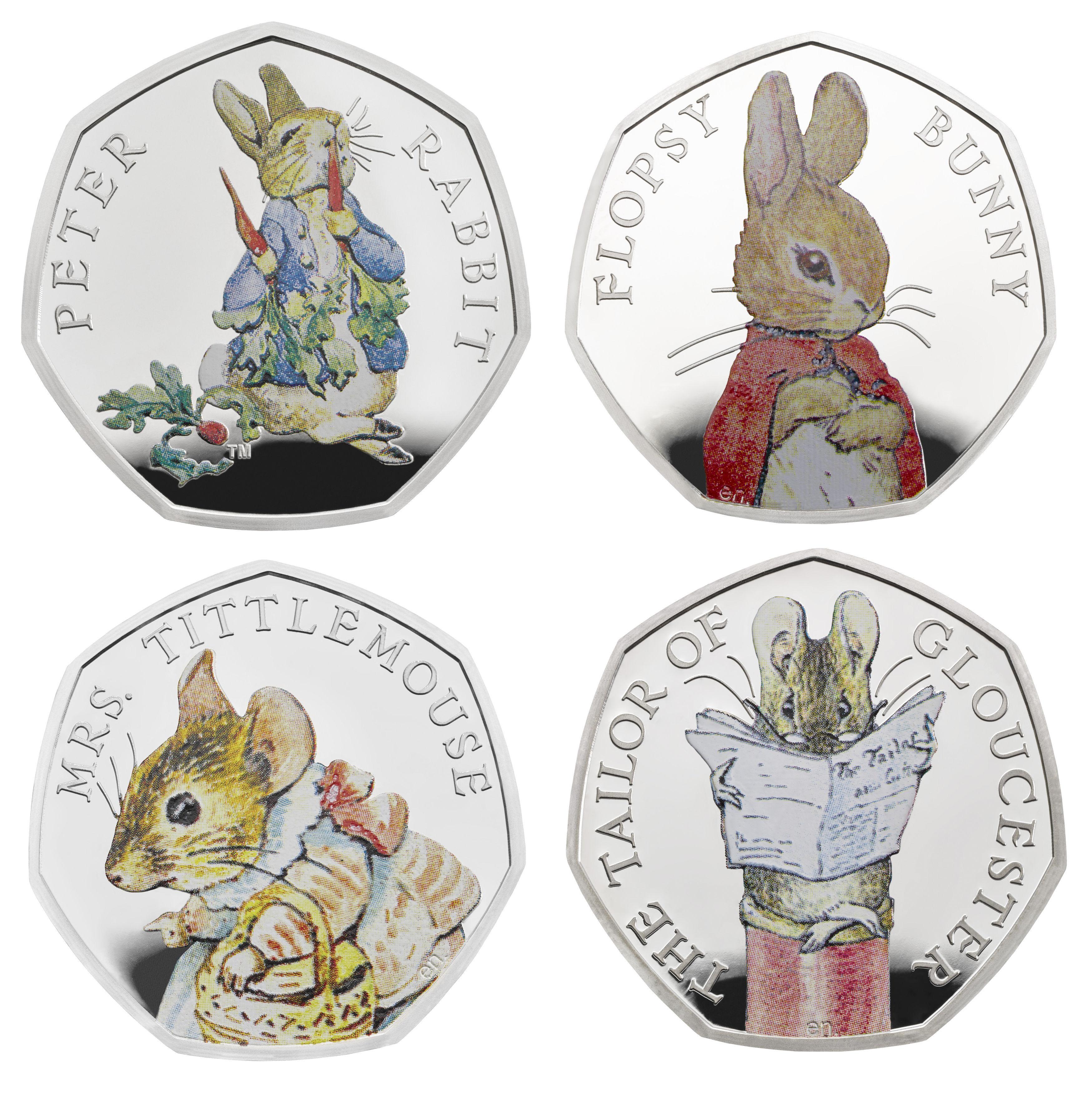 Anne Jessopp, of The Royal Mint, said: “While we always knew that the Beatrix Potter characters would be a huge hit, the enormous popularity of the 2016 set exceeded everyone’s expectations.

“The coins sold out almost instantly as people raced to collect a complete set of the four friends.

“We’re delighted to be able to present another group of her exquisite characters, giving them a new lease of life on our specially-designed coloured commemorative coins.”

When were the Beatrix Potter coins released?

The overwhelmingly popular coins are back in stock at £60 a pop – but hurry, they go quick!

Here's when they were released:

How much do they cost?

Silver-proof coloured coins are available for £60 each.
The "brilliant uncirculated silver" coins are on the market at £10.

Plain-metal versions come into the public's pocket when they enter circulation for a limited time later this year.

But the amount of coins that will be released into circulation are subject to demand, which cannot be predicted at this time.

Their value could quickly rise – with rare 50p pieces from a previous release in 2016 selling for up to £840 on eBay.

What do you do if you've got a rare coin?

Around one in every four old £1 coins were thought to be fake, according to the Royal Mint, so there are probably more fakers in your spare change then you realise.
The Royal Mint is unable to value a coin but it can confirm whether it is real or not. They will usually supply you with a letter to confirm this.
Once you’ve found out whether the coin is real or not, you have a number of options – either selling it through a coin dealer, at auction or on eBay.

In June 2018, a student spotted a Paddington Bear coin in her spare change in South Wales BEFORE the details of the new coin were released – and managed to flog it for £16,000 on eBay.

Emma Noble, the designer for the Royal Mint – was in charge of fashioning the images, having previously worked on coins for the 60th anniversary of the Queen's coronation and Remembrance Sunday.

The Sun exclusively revealed that Chancellor Philip Hammond is set to unveil a new 50p coin in the October budget to commemorate Britain leaving the EU.

It will be available from March 29 next year, the day Britain exits the EU at 11pm.

And in a bid to send out a positive signal to the world, it is expected to bear the phrase, ‘Friendship With All Nations’.

The Sun has campaigned for the Government to create an enduring gesture to mark Brexit as a landmark national moment, such as a special stamp or coin.
The commemorative coin has had to be personally signed off by the Queen, as it will bear her head.

A source close to the Chancellor told The Sun: “It’s an historic moment which will rightly be commemorated”.

Can the coins be used as legal tender?

Yes, they can. Coins produced by the Royal Mint are released in different grades: two designed as collectors' pieces and one that will appear in the general circulation.

The Silver Proof commemorative coin is made of silver and features an intricate colour design. It therefore commands a high price at £60 direct from the Royal Mint.

Brilliant Uncirculated coins are quality struck coins created in lab conditions that are also for collectors, priced at £10 from the Royal Mint.

Finally, Circulation Grade coins are put into the general circulation shortly after the release of the collectors' pieces.

While all three are legal tender, it is highly unlikely that a commemorative coin will appear in your change as collectors will be keen to look after their pieces.

The Peter Rabbit 50p coins are selling for as much as £840 on eBay.

Who is designer Emma Noble?

Royal Mint coin designer and engraver Emma Noble has brought the children's favourites to life with her colourful designs.

She has previously worked on pieces commemorating the Diamond Jubilee and Remembrance Sunday.

Emma has been at the Royal Mint for 20 years.