Home » Lifestyle » What can we do to reduce family arguments?

What can we do to reduce family arguments?

It's 8.45am and I've already had a blazing row with my seven-year-old. "But why can't I have sushi rolls for lunch?" she whines as I butter bread for cheese and Vegemite sandwiches.

"Because I don't have any of the ingredients, or the time, or the ability to make sushi rolls," I reply, with more sarcasm than I intended. At her age, I didn't know sushi rolls existed. 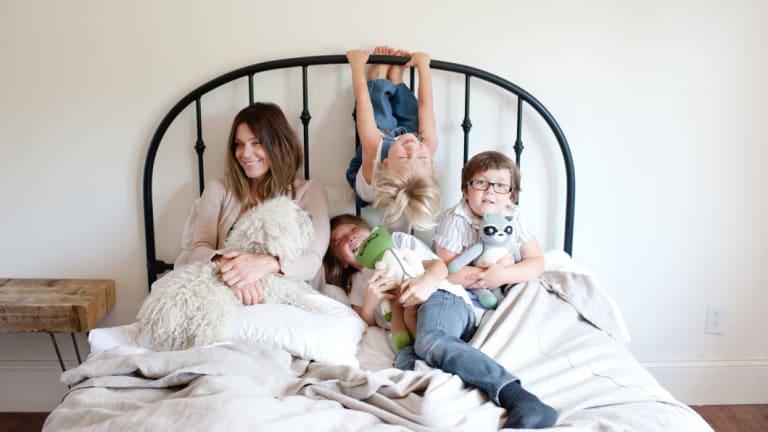 Research from the UK claims families spend, on average, 49 minutes a day arguing, with a total of 42 arguments a week. Credit:Stocksy

"You're the worst!" she yells, storming off and slamming her bedroom door.

I want to tell her that I don't like her tone and remind her that she is lucky to have a full lunch box. But I take a deep breath and bite my tongue; we're already running late for school. We definitely don't have time for a full-scale argument.

I'm reflecting on this explosive start to the day when I read research from the UK that claims families spend, on average, 49 minutes a day arguing, with a total of 42 arguments a week.

The research found that fights between parents and children were often caused by disputes over food: kids refusing to eat what's put in front of them and/or turning their nose up at anything healthy. Untidy bedrooms, homework and bedtime were also common factors.

Another big source of conflict between parents and children is screen time. A report from Melbourne's Royal Children's Hospital found that almost two-thirds of parents report family conflict due to the use of screen-based devices.

Although family bickering might be fairly common, what effect does it have on health? "From a physical perspective, it can increase blood pressure and the release of stress hormones," says psychologist Giuliett Moran.

Arguing can also have a negative impact on child development, she adds. "Family rows can have an impact on self-esteem, causing insecurity and feelings of hopelessness."

Nobody wants to argue with their children. But the everyday stress of balancing parenting with work and other commitments means that sometimes little things escalate.

"Parenting is a role that comes with many challenges and it certainly requires a lot of patience," Moran explains. "So it is understandable that at times small things, or a build up of small things, take a toll and result in an argument that, in hindsight, could have been avoided."

So what can we do to reduce family arguments? Moran has three strategies.

Moran says that it's important to consider whether a fight is actually worth having. "Remain calm and consider the bigger, long-term impact of the issue," she says.

"If you feel your family is having too many petty arguments, you may consider prioritising which topics are most important. Then you can focus on finding a resolution for these first and let other issues go in the short term."

Sometimes, kids have big reactions because they don't get a lot of say in their day-to-day routine (they have to wear a uniform, they have to brush their teeth, they have to get to school on time.)

Moran suggests giving kids options. "This allows a child to take ownership and control of the decision, however they are choosing from options that are acceptable to you," she explains.

For example, if bedtime is challenging, ask your child if they'd like to have a bath or a shower before bed. Or, if getting them to eat vegetables is a battle, give them the choice between broccoli and carrots.

Moran notes that setting clear boundaries around behaviour will stand families in good stead when it comes to arguments. "It's healthy for a child to know that they can voice their feelings, wants and needs, however setting expectations around how this is done is really valuable," she says.

Crucially, parents need to be role models for this behaviour. "Talk openly and apologise if you don't handle a situation well. At the end of the day we're all human and make mistakes and this is another important lesson for children to learn."

This article appears in Sunday Life magazine within the Sun-Herald and the Sunday Age on sale December 16.