Home » Lifestyle » What happened to ‘serial winner’ Jose Mourinho and his extermination of Spursiness?

What happened to ‘serial winner’ Jose Mourinho and his extermination of Spursiness? 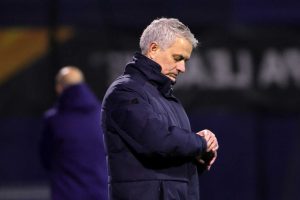 Jose Mourinho is a serial winner.

That was the line peddled out when the self-proclaimed Special One was appointed as manager of Tottenham Hotspur.

Mauricio Pochettino may have carved out an entertaining side that were objectively the best outfit the club has ever produced in the Premier League era but sceptics believed he was somehow complicit in their ‘Spursiness’ — a loose term that vaguely defines their inability to win trophies.

Mourinho was supposed to change all that.

After all, he is the man who won the Champions League with Porto, the man who set records as the leader of the Chelsea revolution, the man who masterminded a historic treble at Inter Milan.

The inevitable tedium of cautious football was a small price to pay (unlike Mourinho’s wages) if Spurs were going to reach the next level.

So what happens now Mourinho has overseen perhaps the most Spursy moment in the club’s recent history? 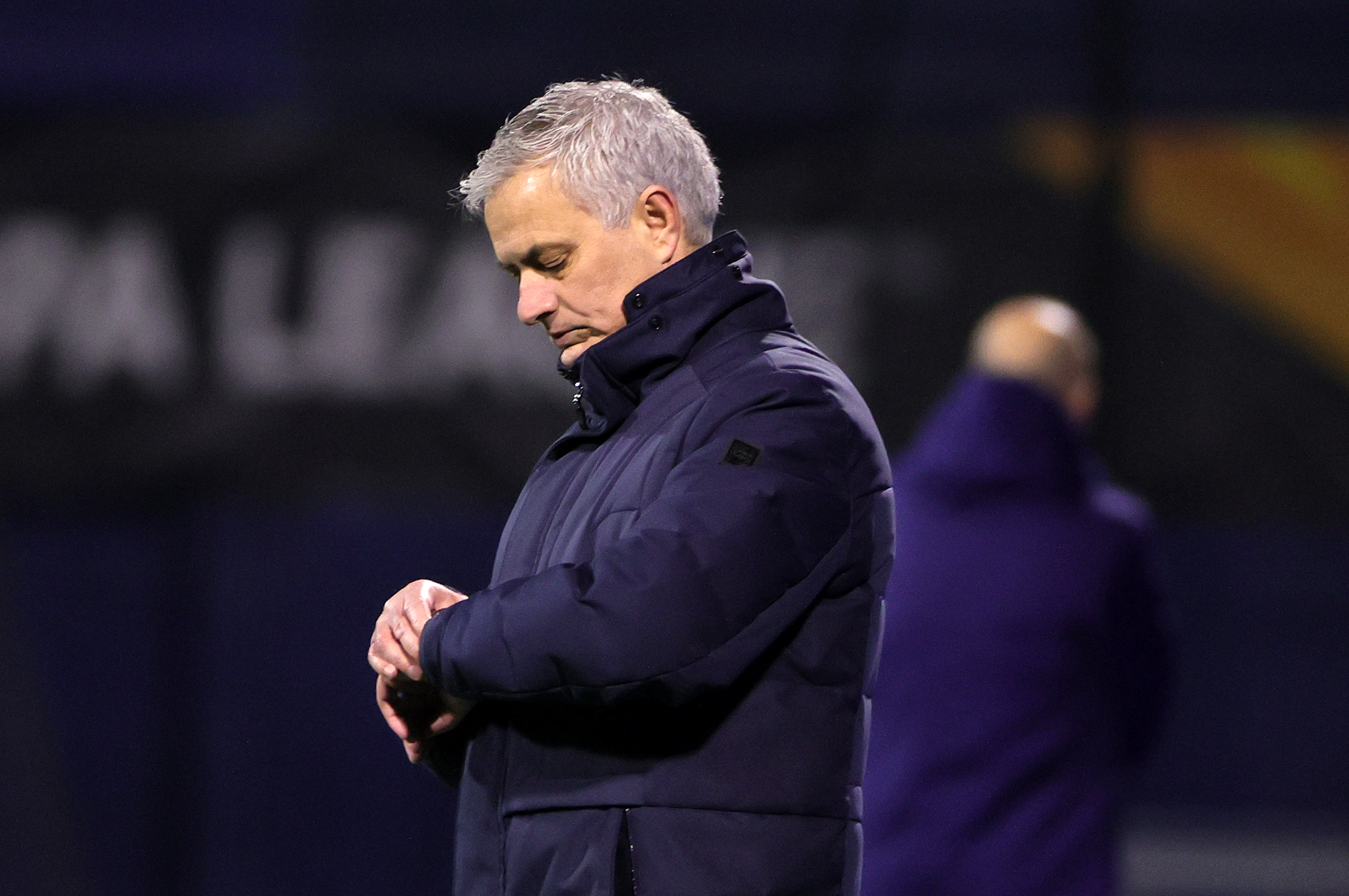 Harry Kane (£6.6m) and co were eliminated from the Europa League on Thursday night after losing 3-0 to Dinamo Zagreb in the second leg having held a 2-0 aggregate lead at kick-off.

Hugo Lloris described his team’s performance as ‘disgraceful’ in his brutally honest post-match interview — most fans tweeted stronger words than that.

Mourinho’s last chance to justify his ‘serial winner’ tag will come at the end of April when Spurs face Man City in the Carabao Cup final.

Anything could happen but right now there doesn’t seem to be much of a contest between a team with a semi-realistic chance of winning the quadruple and a team who were just dumped out by a side from the 19th-best league in Europe (according to Uefa).

Defeat in the north London derby means Spurs go into this weekend 8th in the league, still in the hunt for Champions League qualification but facing an uphill slog.

If Mourinho is to be defined on his ability to get results regardless of the process, 2020/21 is shaping up to be a failure. 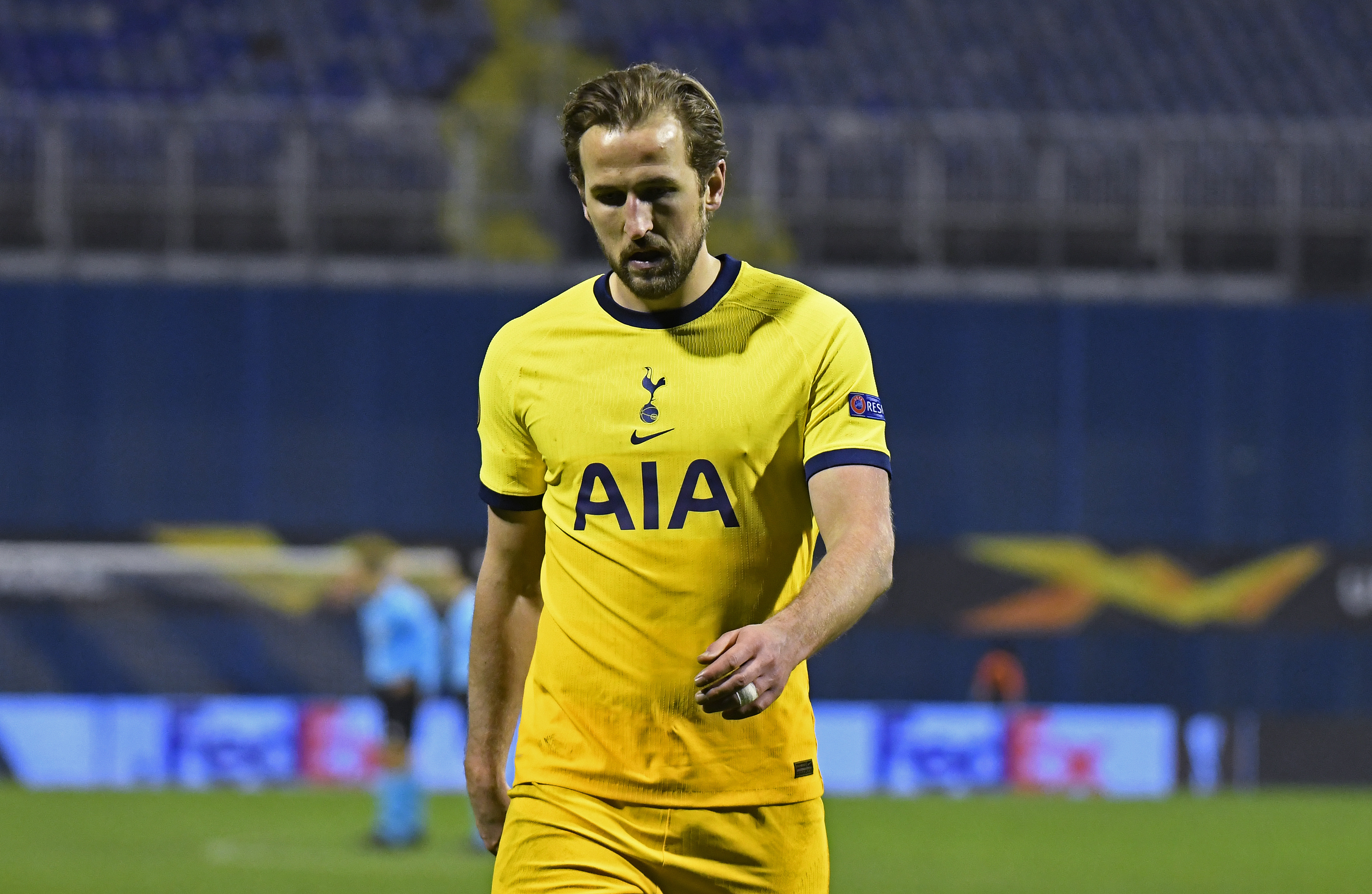 It’s hard to overestimate the negative impact of the Dinamo Zagreb defeat in the context of this season.

Progress to the quarter-finals of European competition would have provided a morale boost in the wake of the derby defeat and maintained an open avenue to a trophy and Champions League qualification.

The result has flipped their season on its head, frustratingly so for their fans and Dream Team gaffers.

An injury to the South Korean and consecutive blanks for the other two has doused the fire considerably.

The fact they had extra European fixtures to fulfil was a primary plus point for Spurs players but now that’s gone, Kane may be the only truly smart option remaining.