Home » Lifestyle » What Is 'The Crown' Star Josh O'Connor's Net Worth? 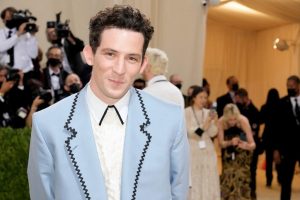 Josh O’Connor has become TV’s newest rising star. His portrayal of Prince Charles on seasons three and four of The Crown has him on the path to stardom. O’Connor’s performance was met with positive reviews from fans and critics. He’s already won accolades for his work, and thanks to the popularity of the show, his wallet is bigger. Read on to learn more about O’Connor’s career and his net worth.

O’Connor’s originally had aspirations to be an artist or a rugby player. However, he eventually discovered a love of acting and participated in several school theater productions. He trained at the prestigious acting academy Bristol Old Vic Theatre School.

After graduating in 2011, O’Connor embarked on an acting career. He landed small roles in British TV shows such as Doctor Who, Law & Order UK, and Ripper Street. Before long he nabbed parts in big-screen films, including God’s Own Country, Florence Foster Jenkins, and Emma. As O’Connor began to get more recognition, he caught the eye of The Crown creator Peter Morgan.

Josh O’Connor’s portrayal of Prince Charles on ‘The Crown’

O’Connor had a big challenge portraying Prince Charles on The Crown. In an interview with Town & Country Magazine, O’Connor described the difficulties of his character. “Prince Charles is a tricky one. I think you have to part ways with the real version of him in order to capture something unique or different,” the actor explained.

During The Crown‘s third and fourth seasons, the show delved into Charles’ affair with Camilla Parker Bowles (Emerald Fennell) and his marriage to Princess Diana (Emma Corrin). O’Connor delivered amazing performances as Charles comes to grips with his crumbling marriage.

O’Connor’s portrayal has already earned him a Golden Globe and a SAG Award. Now he has a chance to win television’s top prize. He’s nominated for a 2021 Outstanding Lead Actor in a Drama Series Emmy. According to TVInsider.com, O’Connor is the leading pick to take home the trophy.

What is Josh O’Connor’s net worth?

O’Connor has become a heartthrob thanks to The Crown. But unfortunately for female fans, the actor is taken. Since 2019 he’s been dating Margot Hauer-King, whom he lives with in London.

Aside from his personal life, O’Connor’s professional life continues to thrive. Although he won’t appear on season five of The Crown, fans can see him in the film Aisha. As O’Connor’s success grows, so does his bank account. According to NickiSwift.com, O’Connor’s net worth is estimated to be $2 million.