Home » Lifestyle » What to Know About Peloton Superstar Cody Rigsby

What to Know About Peloton Superstar Cody Rigsby 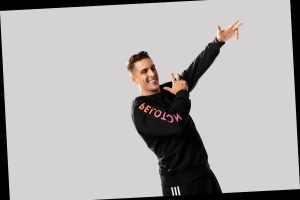 Peloton instructor Cody Rigsby always keeps it real with his dedicated acolytes, who he affectionately calls the "Boo Crew." And that is why they love him.

The instructor has been with Peloton for seven years, long before the at-home fitness company grew to over 3 million subscribers in 2020. Rigsby's no-nonsense chats during his classes — which include not only cycling but also strength and cardio-based workouts — paired with his pop-leaning music tastes have made him a favorite teacher among Peloton's userbase.

"I try to strive to really show up every time that I teach a class and be like, 'How can I make this the best class I can today?' " Rigsby, 33, tells PEOPLE while chatting about Peloton's new collaboration with Adidas, which includes an upcoming clothing collection.

Here's everything you need to know about the man on the other side of the bike screen.

He started his career as a dancer for some of music’s biggest stars.

Rigsby, originally from Greensboro, North Carolina, has been living in New York City for 11 years now, noting that he moved up to the North not long after the 2008 recession.

"I moved here as a professional dancer and I was also side-gigging in the fashion industry, working for startups, working for streetwear brands, actually," he recounts. "So that's kind of my genesis into New York City."

True Rigsby fans know that he also had a many-year career in the dance world, performing with the likes of Nicki Minaj and Katy Perry, as well as on Saturday Night Live. "I had so much fun doing it," he says. "I had so much passion, but I did get to a point where I kind of hit a roadblock where I wasn't finding as much joy and I wasn't connected to purpose."

Luckily, a choreographer friend who had become a very early Peloton employee (the company was founded in 2012), helped Rigsby secure an interview. The next day, he started.

His dance background hasn't gotten lost as he's transitioned to the fitness world, though. "I think that when I was a dancer, I was developing skills that were going to help me here," explains Rigsby. "If you take my class, I'm a stickler for musicality — I want the push to go on the beat drop, and I want it to feel like the music."

"I'm kind of a liaison between our producers, our instructors, and really advocating for what our instructors need," he explains. "And then a really big part of what I do is talent recruitment and development."

Rigsby says he was instrumental in bringing on two new instructors in Germany, Cliff Dwenger and Mayla Wedekind, whose roles were announced in December of last year. He explains that he's searched for fresh talent through traditional routes, like casting agents, but also via social media.

"I really love that part of my job because I love being someone that helps other people and like, this is the most incredible, amazing job in the world — especially for someone who's in fitness — and to be able to kind of guide someone through that process is really rewarding."

He puts a lot of thought into those class playlists.

While Rigsby says there's not one right way when it comes to crafting a class — themed rides, he notes, are approached differently than a intervals-based workout — he does have a formula for perfecting a playlist.

"I want someone to take my class, and think, 'Oh my God, this entire playlist makes sense,' " he shares with PEOPLE. "And the connections between each song completely makes sense."

He loves to be vulnerable with his riders.

Peloton users who have taken Rigsby's signature "Xoxo, Cody" rides know he keeps it real during a class, often sharing personal updates, chatting about the latest pop culture news or even musing about day-to-day life (he recently spent time in a class lamenting the popularity of the original, caffeine-laden Four Loko alcoholic beverage in the early 2010s).

That honesty, he tells PEOPLE, is so important to him: "I think a lot of what we consume is so filtered and so staged. You know, we've grown up with like the eight to 10 years on Instagram, where everything needs to be perfect and everything needs to look exactly right. And you kind of get these distorted ideas of who people are and how you should be." "It really creates this internal battle of staying true to yourself and finding your joy and then trying to live up to these expectations that others are setting on you," he explains. "So for me, it's important to show vulnerability."

He also dispels the notion that being vulnerable comes from a "sad place" — unguarded revelations can be "fun and flirty and silly."

"Showing that authentically inspires other people to laugh, to not take themselves so seriously, not to take their workout so seriously," Rigsby says. "And then it takes the fear out of the equation."

As the pandemic continues to grip the country, and most of the world, Rigsby became one of the millions to battle COVID-19 earlier this year.

"It was a really scary two weeks of it," he reflects now, after recovering and returning to the studio. "One week, it would be like this, and then the next week the symptoms would completely change."

At the time of his diagnosis back in February, Rigsby said in a statement that he'd been experiencing extreme fatigue and a cough, among other symptoms. He admits now, that he was "very concerned and stressed about long-term term symptoms" that could affect his ability to work out. Luckily, he was "really, really fortunate."

"Instead of letting that fear kind of drive me, I landed in a space of gratitude and just taking every day as it is, and to celebrate what I can do in that day. "

To find out more about the Adidas and Peloton clothing collection collaboration, as well as Rigsby's involvement, visit adidas.com/peloton.