Home » Lifestyle » When Does Cuffing Season End? The Last Day Makes A Lot Of Sense

When Does Cuffing Season End? The Last Day Makes A Lot Of Sense

I’ve personally been trying to sort out my calendar and carefully schedule holiday parties, travel plans, and work obligations to be sure that nothing slips through the cracks. While my schedule kind of gives me a headache — because apparently being an adult means saying the word "schedule" a million times a day — it’s also kind of exciting to be looking forward to the upcoming year! Believe it or not, we’re still in the middle of cuffing season, so my next logical question was, when does cuffing season end?

Drumroll, please! Cuffing season officially ends on Valentine’s Day. This makes a lot of sense, because why not tack one more weighty significance to the most romantic day of the year?! The reason V-Day marks the end of cuffing season is simple — many of the factors that drive people into cuffing season begin to gradually dissipate in the spring. The weather is getting warmer, people start spending more of their free time outside, and are generally more social than during the colder winter months. In addition, Valentine’s Day feels like a bit of a finish line for new relationships, or at least a notable benchmarch, making this day a natural end to cuffing season. 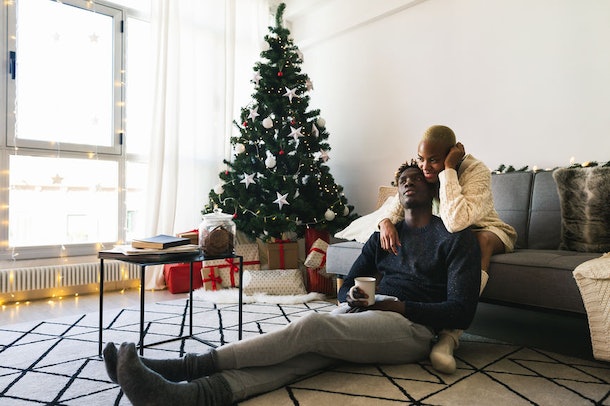 While obviously, there’s no set rule that you can’t meet or hook up with someone outside of cuffing season, it’s very true that you’re more likely to meet someone during the season than during other times. In fact, according to a study conducted by Elite Daily of 119 participants ages 18 to 38, 60 percent of participants met a significant other during cuffing season, and the most common month reported was October. To explain this, Elite Daily spoke to Alessandra Conti, matchmaker at Matchmakers In The City, who said that October could be the most popular month to start up new relationships due to the shifting weather and holiday activities that are "much more fun as a couple."

So while most singles hit up their dating apps or simply get out and try to meet someone the old fashioned way AKA IRL, some people turn to experts like Conti. "During cuffing season, the numbers do not lie: We see an increase in sign-ups and new clients during the months leading up to the holidays," Conti told Elite Daily. "The months leading up to the holiday season are filled with people getting into new relationships." 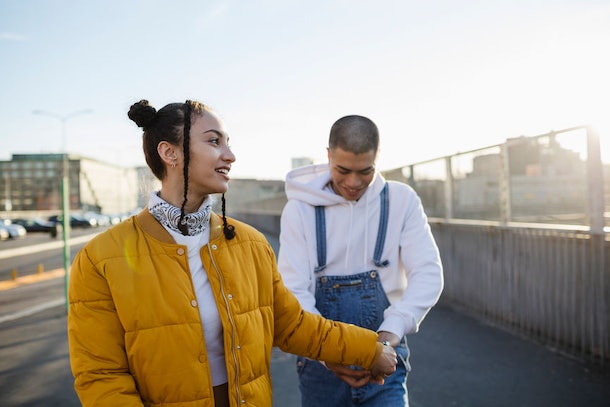 But if you’re single and looking to cuff-mingle, don’t be disheartened! Everyone approaches relationships and dating differently, and while the stats reveal trends, they don’t necessarily dictate hard and fast rules. Plenty of people find relationships in the other months, so there’s no reason to worry if you don’t have a person to exchange Valentine’s Day gifts with. 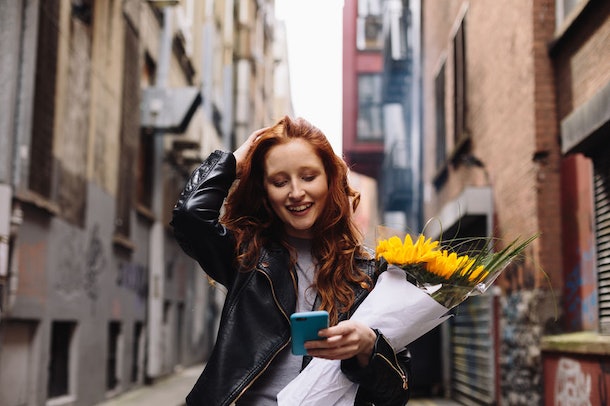 While making it through the holiday season without a plus one for holiday parties or a warm body to cozy up to might seem a little dreary, there are so many wonderful things about being single and plenty of reasons to laugh about it! Not only do you get to do exactly what you want to do, you can also save a little cashola since you’re not shelling out for a holiday gift for a boyfriend or girlfriend.

While early February is the time singles are least likely to couple up, that’s not to say it’s impossible because nothing’s impossible, honey! If you’re currently single, the stats might not be ever in your favor, but you’re wonderfully amazing you, and if you meet the right person, you just might get that NYE smooch. And on the flip side, if you’re looking to avoid getting cuffed, then mark Feb. 14 as your finish line! So now I have one more thing to add to my already-stuffed calendar #schedule.