Home » Lifestyle » When you lose a baby, everyone expects the man to be strong…

When you lose a baby, everyone expects the man to be strong… 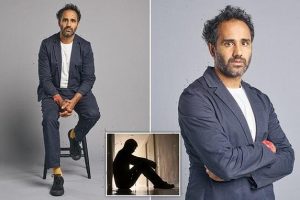 When you lose a baby, everyone expects the man to be strong… which was the LAST thing I felt

Don’t worry, at this hospital, at 30 weeks, they all survive.’ That’s what the doctor said to us when we’d arrived, anxious and scared, at the hospital after my wife Kate’s waters had broken two-anda-half months early.

The doctor’s confident words put our minds at rest a bit. The medical team decided to delay labour for as long as possible, because every day or week longer in the womb significantly improves a baby’s life chances. The risk is that after the waters have broken, there’s an increased likelihood of a dangerous infection developing, because the protective seal around the baby has a hole in it.

The doctors felt this was a risk worth taking, so they did everything they could to keep the baby in the womb for longer, and in the meantime my wife and I lived in the hospital around the clock — Kate in bed, hooked up to a baby heart-rate monitor; me tossing and turning uncomfortably on a sweaty armchair next to her. Our family and friends did their best to keep our spirits up via text messages and phone calls.

One friend told me that her Iranian uncle had been born severely premature in Tehran in the 1930s, and in the absence of modern medical equipment, they just wrapped him up in cotton wool and carried him around. Apparently he grew up fine, which made me feel a bit better about the prospects of my own baby. 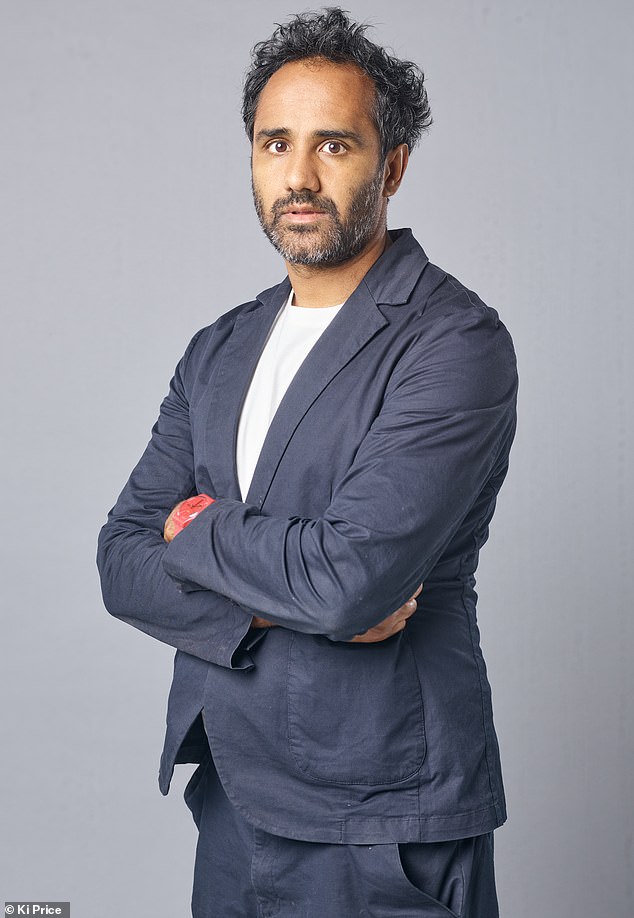 Rohan Silva (pictured) and his wife were anxious and scared when her waters broke early. The doctors decided it was best to keep the baby in the womb for an extra week

Despite the support of our loved ones, it was a tense period — but, at the same time, we were relieved even to be in with a chance of having a baby.

Getting pregnant had been a gruelling journey. Our first child — now a toddler — was born in London after several exhausting rounds of IVF. We’d then moved to Los Angeles, and when we tried for a second baby while living there, we’d had multiple failed (and brutally expensive) IVF cycles plus a painful late miscarriage before Kate, then aged 36, finally became pregnant again.

In the end, this baby stayed in the womb for an extra week after Kate’s waters had broken, and she was delivered into the world via C-section at 9am on March 14, 2022, at 31 weeks. (A C-section was necessary because of issues with the placenta.)

We decided to name the baby Zola, after Emile Zola, a French writer who’d fought bravely against censorship and anti-Semitism. We’d been warned that the baby might have trouble breathing by herself, so as soon as Zola was cut out of Kate’s stomach, she was whisked away to have a breathing tube put down her tiny throat.

I then got to cut the umbilical cord — my first act as a father for my helpless daughter. 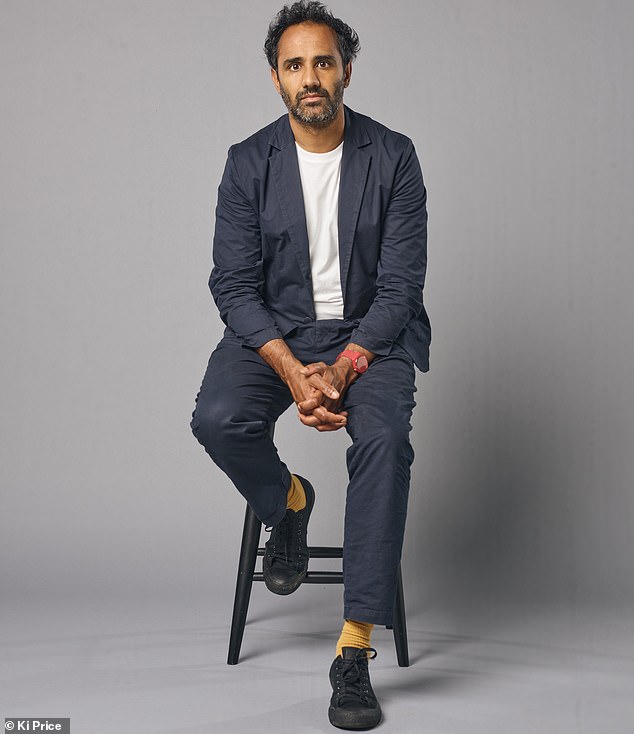 Rohan lost his baby daughter Zola only five hours after she was born due to infection. He fell apart and found it very difficult to handle

I accompanied her up to the neonatal intensive care unit, a cold and scary place full of monitors, alarms and electronic noise.

Shortly after we got there, one of the doctors told me that Zola was ‘poorly’ — her lungs hadn’t inflated properly, and she also needed a blood transfusion, which I consented to right away.

But after an hour or so, things seemed to settle down, and I got to spend some time with my daughter, talking to her and touching her gently. Whenever I spoke to her, she’d open her dreamy eyes and stare at me with divine benediction.

And then the strangest thing happened. I went down to see Kate, who was still groggy and in pain from the C-section surgery. She had a hospital therapist with her, who was helping Kate feel more at ease, as she was understandably worried about her baby daughter, who she hadn’t been able to meet yet.

I told Kate that Zola seemed to be doing OK, and asked the therapist if she’d come up to do a little reiki session with the baby. I don’t much believe in hippy mumbo-jumbo, but I just thought it would be nice for Zola to hear a friendly woman’s voice.

In truth, I also wanted to have some company up in the intensive care unit, because I was finding it pretty terrifying being there by myself, surrounded by frightening machines and sick babies.

So the therapist kindly came with me to see Zola. It was around noon, meaning that our daughter had been born about three hours earlier. I told the therapist that she was welcome to talk to Zola, and touch her gently if she wanted to.

The therapist stood by Zola’s incubator, and said that she was bringing love transmitted from her mother. She then touched Zola tenderly on the forehead. For as long as I live, I’ll never forget what happened next.

Suddenly, alarms started going off, the machines around the crib went haywire, and nurses and doctors came running. It was a cosmic coincidence that this occurred just as Zola was touched — but it quickly became clear that things were deteriorating rapidly. One of the doctors told me Zola was being overwhelmed by a severe infection and had developed sepsis.

I was all alone in the intensive care unit, and my poor wife — recovering from her C-section — had absolutely no idea what was going on. Desperate for comfort and support, I was texting family and friends, sending increasingly despondent messages: 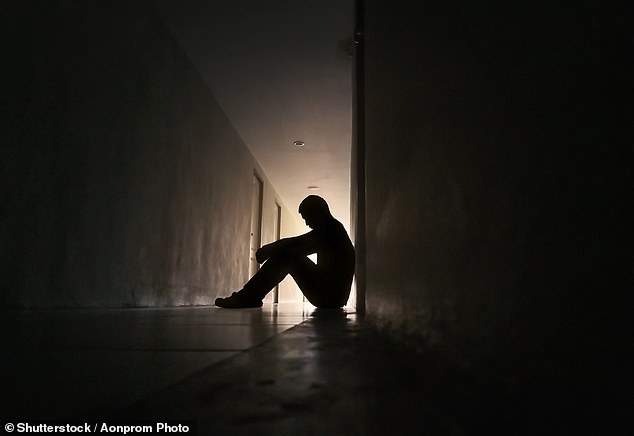 It has taken Rohan several months, and lots of sessions with a grief therapist, to process what happened with Zola

‘Something terrible is happening.’

‘I don’t think the baby is going to make it.’

As I read these texts again, I can’t help but cry — they stir up the memories of terror, loneliness and pain that I felt in that moment, as I realised that my daughter was going to die.

My mother-in-law texted me to tell me to pray, which I did, as hard and as fervently as I possibly could.

But none of it was of any use. A doctor told me to prepare for the worst, and soon afterwards told me that Zola had passed away — only five hours after being born.

I was weeping inconsolably at this point, and I’ll always feel guilty that I wasn’t strong enough to hold my daughter’s body in that moment, as I was invited to do.

I was just too devastated — and I couldn’t bear to hold her in an open ward, in front of other parents and the whole medical team.

Instead, I went down to my wife’s room to break the news to her. I was crying on the floor, while Kate was eerily calm — she had never even met our baby, and her mind had dissociated from what was happening.

The next hours were a blur. They brought our darling Zola into Kate’s hospital room, and we both lay in bed, exhausted as the sun streamed through the windows.

I could have sworn that I could see my daughter breathing in her little crib, but it was just a trick of my mind, feverishly wishing things were different. 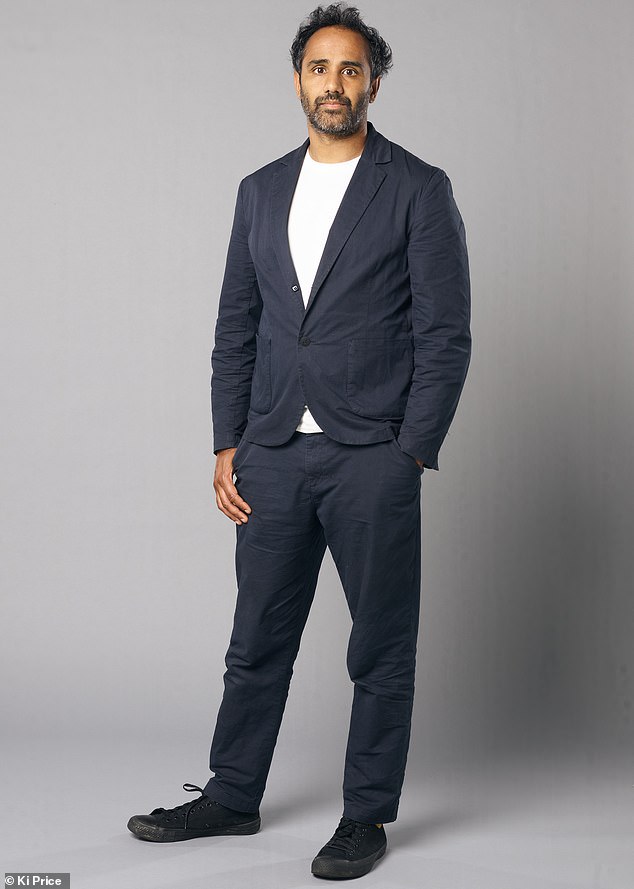 Rohan and his wife Kate have also been to a relationship counsellor to get their marriage back on track after loosing Zola, as Rohan found it difficult to stay strong for Kate

Sadly they weren’t. We had lost our child before we’d got to know her — and our lives would for ever be changed.

To make things even worse, the next day Kate became extremely sick from the same infection that had overwhelmed Zola, and had to be given a powerful cocktail of antibiotics to fight it off.

In the days afterwards, once Kate had been discharged, I kept busy. I threw myself into work, wrote up long notes to the hospital and had meetings with the doctors to give them my feedback and find out more about exactly what had happened to Zola.

It took me a while to realise that all of this activity was just a way of distracting myself from the pain of what had happened. Kate was much better at facing up to things and living with the excruciating trauma.

In truth, I ran away from the situation — and our very different responses to the tragedy pulled us apart at the moment we needed each other the most.

I just felt angry and bitter the whole time, whereas Kate was overwhelmingly sad and cried constantly. Everyone told us that there’s no right or wrong way to grieve, but I could tell that my perpetual bad mood was pushing people away, which made me feel even worse, as I couldn’t help my emotional state.

My male friends did their best. They sent me funny texts and banter about football, but it was almost impossible to talk to them about my loss and how I was feeling.

I remember having dinner with three of my closest guy friends a few weeks after Zola died, and all they talked about was football — all night. I didn’t want to be the depressing person who brought up their deceased child, so I stayed quiet, feeling sad that I couldn’t express my feelings to my closest mates.

I know my friends were just trying to take my mind off things, but it brought home how terrible men can be at talking about their emotions — and, if I’m honest, how bad I’d always been at this, and how much I’d failed my friends in the past when they’d gone through tough times.

People rightly criticise the burden put on women — to look a certain way or be a particular weight — but men put themselves under almost unbearable pressure, too. It’s the requirement to be funny and entertaining, and keep things light no matter how terrible you feel.

You’re not meant to tell your male friends that you’re struggling. Partly because it shows weakness, but mainly because it just wouldn’t be a fun thing to talk about with the lads. Hopefully this culture starts to change, because it’s just so counterproductive.

Another challenge when you lose a baby is that everyone understandably focuses on the mother, while dads tend to get overlooked.

We’re expected to be strong for our partner, which is sometimes the last thing we’re able to do. It has taken me several months, and lots of sessions with a grief therapist, to process what happened with Zola.

Kate and I have been seeing a relationship counsellor to get our marriage back onto a strong footing, and we’re beginning to look to the future, rather than being consumed by the sadness of the past.

Just over half a year on from losing our daughter, my wife and I are talking about beginning IVF again, or perhaps going down the route of surrogacy.

Nothing will ever replace Zola, or make me forget the incredible pain of losing her.

All I want to do is cherish her memory and follow the wisdom of her namesake, Emile Zola, who once wrote: ‘We must live — live a complete life — live all our life.’

My darling Zola, I promise that I’ll always try to do that — for your sake, and mine.