Where Do Princess Charlotte and Prince George Attend School?

As a royal, the entire world is constantly watching you under a microscope. The type of education parents decide to give their children sets the stage for the rest of their lives. But when it comes to Prince George and Princess Charlotte, only the best possible education should suffice, right? Here’s where the two young royals attend school. 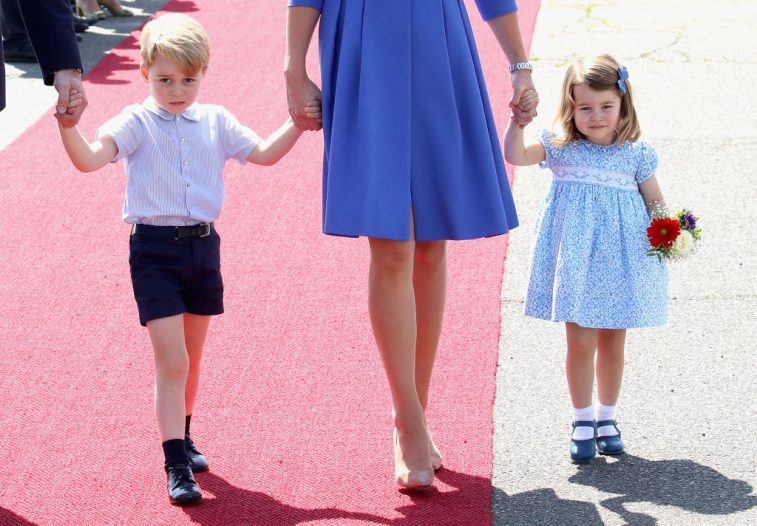 Where do these adorable royals attend school? | Chris Jackson/Getty Images

When George was two and a half years old, Prince William and Kate Middleton started him in nursery school. The couple also started Charlotte at the same age. Most preschools generally start accepting children at that age, which is likely why Will and Kate enrolled their children once they hit that mark. Not all children are ready for preschool at two and a half, but Will and Kate may have wanted to simply give the kids a jump start on their education.

When George began attending school, his parents chose to send him to Westacre Montessori, a high-end nursery school. But when it was time for George to move up, his parents chose Thomas’ Battersea, a posh private school in London, located about four miles from the family’s home. He still attends the school today. People reported that several reviews suggest Thomas’ Battersea is the best education money can buy — which explains a lot, since it costs $23,000 per year to attend. However, reviews of the school did note that it was large and somewhat overwhelming.

When Charlotte started nursery school a few years later, her parents chose to send her to Willcocks, a private nursery school just minutes from their home. Will and Kate didn’t explain why they chose the school, but sources said it was due to the close proximity to Kensington Palace. Will and Kate were supposedly very impressed with the team who works at Willcocks and thought it would be the perfect option for Charlotte.

Will and Kate chose not to send George and Charlotte to the same school, but there was not much of an explanation as to why. Reviews did suggest that George’s school was a bit overwhelming, and with Charlotte still so young, Will and Kate may have thought it wouldn’t be the right fit for her. Plus, sending her to a school so close to home meant it would be easy for them to reach her, should they need to throughout the day.

It’s unclear whether or not George and Charlotte will eventually end up in the same school. For now, they’re apart, and there is still no word on where the youngest of Will and Kate’s children will attend. Prince Louis has about two years left before he needs to enroll. There’s no telling whether he will be in school with one (or both) of his siblings or testing out another new location.

END_OF_DOCUMENT_TOKEN_TO_BE_REPLACED

END_OF_DOCUMENT_TOKEN_TO_BE_REPLACED
We and our partners use cookies on this site to improve our service, perform analytics, personalize advertising, measure advertising performance, and remember website preferences.Ok