Home » Lifestyle » Which of these two zebras is looking at the camera? 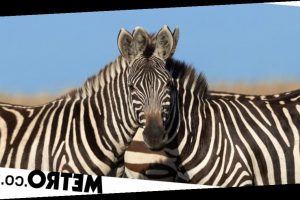 We know there’s a lot going on in the world right now, but we have a very imporant question.

Look at the photo above. The one of the two zebras.

Which zebra has its head in front and is looking directly into the camera?

The answer might feel obvious. Perhaps you’ve looked at the ears to figure out which of the two zebras is striking a pose, or tried to decipher the shadow, or you just have a gut feeling that you just know is correct.

But it’s a question that has left people absolutely baffled, much like ‘the dress’, ‘the trainers’, and all those other strange optical illusions spread about the internet before them.

So let’s take a vote, before you scroll ahead for the answer. No cheating, please.

The photo, taken by wildlife Sarosh Lodhi in Maasai Mara, a game reserve in Narok, Kenya, has sparked debate after forest officer Parveen posted it on his Twitter page and asked his followers to determine which zebra is facing the front.

That tweet got thousands of responses from people adamant that it was the left zebra looking forward, and from people who couldn’t be convinced it wasn’t the right zebra facing the camera.

Then there were plenty of people who just couldn’t figure the optical illusion out.

Let’s put everyone out of their misery and clarify the answer. Ready?

It’s the left zebra who’s facing forward. Sarosh has confirmed it, along with explaining that the image hasn’t been altered in any way.