WHIRLPOOL is to FINALLY recall hundreds of thousands of fire-risk tumble dyers four years after safety concerns were first raised.

The company is in the process of replacing or repairing 4.3million appliances – but now the government has stepped in to order the firm to recall any machines that could still be a risk. 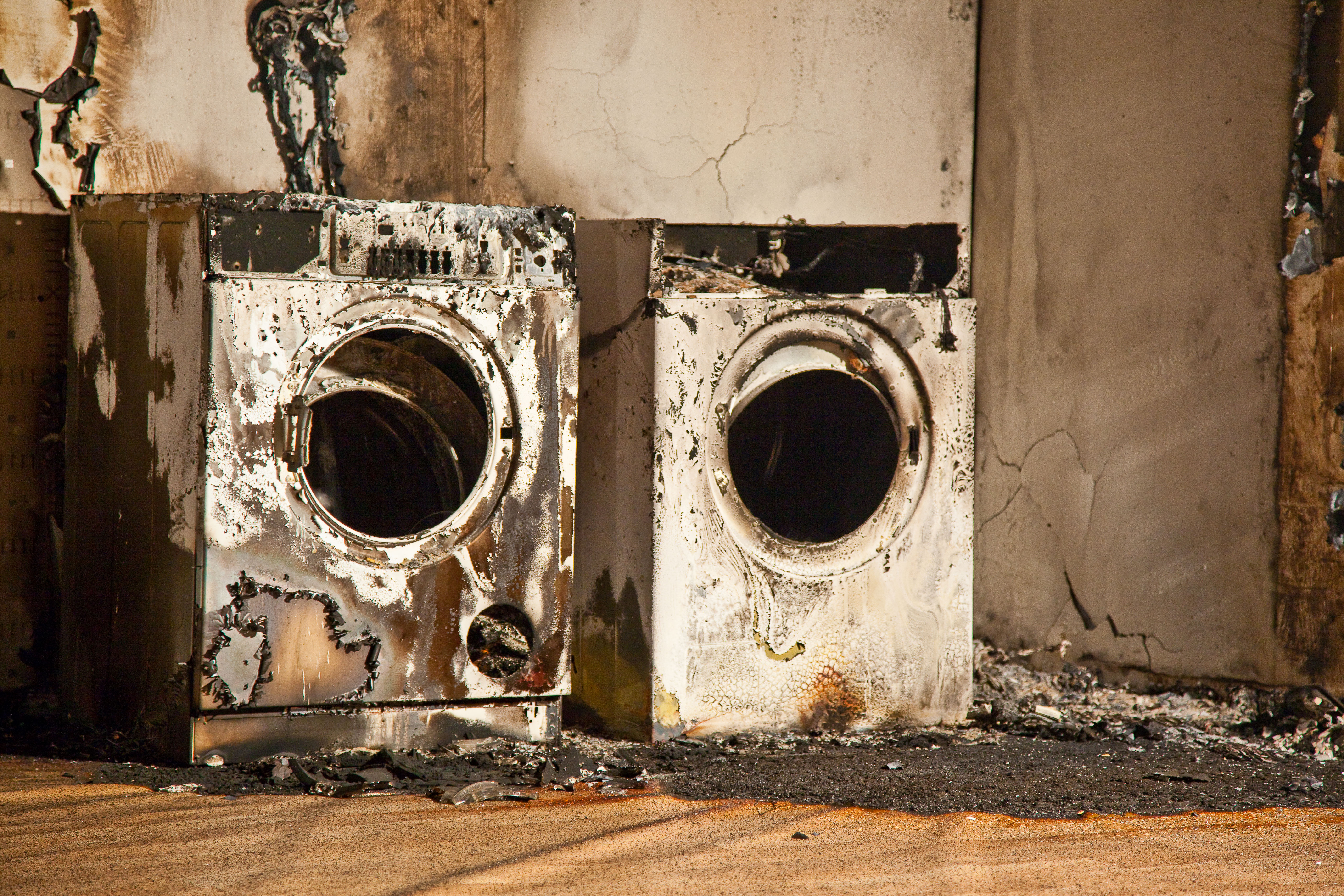 The potentially faulty machines come under the brand name of Creda , Hotpoint, Indesit, Proline, and Swan.

The machines can be dangerous because excess fluff can catch in the heating element and cause a fire.

Hotpoint believes that that there are between 300,000 and 500,000 fire-risk tumble dryers potentially still in people's homes.

The Government has sent a letter to Whirlpool saying it will force the manufacturer to recall dodgy machines that have yet to be fixed.

Whirlpool now has 10 days to respond before the Government starts legal action.

In the meantime, Whirlpool could itself issue a voluntary recall, ask for the the case to go into an independent arbitrator to review, or even ignore the Government.

HERE'S how to know if your dryer is on the faulty list:

Whirlpool, which owns the Hotpoint brands, says it has identified a potential concern with two types of tumble dryers manufactured between April 2004 and September 2015.

The affected brands are:

Non-affected machines will have a green sticker on the inside of the dryer door or reverse of the machine.

We've put this to Whirlpool but it wouldn't tell us what action it will take, only saying that it is working with the Government's Office for Product Safety and Standards (OPSS).

In April, the OPSS published a report which told Whirlpool to improve its risk management and communication with customers about tumble dryer repairs.

In January, Whirlpool confirmed that around 1.7million tumble dryers had been fixed or replaced since 2015.

We've asked both the Government and Whirlpool for the latest figures on how many people this may affect and we'll update this story as soon as we get a response.

For more than 15 months the firm told customers that machines with a fault were safe to use, as long as they weren't left unattended.

But then in February last year it backtracked on the advice to tell customers they should not use the appliances until AFTER they had been fixed.

"I want to assure that we have kept Whirlpool's actions under review and I can tell the House we have informed Whirlpool of our intention to serve a recall notice as a next step of the regulatory process."

Ms Tolhurst added that "this is unprecedented action".

Her statement came in response to Conservative former minister Andrew Griffiths who raised "great concern" over Whirlpool's "straightness" and whether or not people have unsafe products in their homes.

A spokesperson for Whirlpool told The Sun: “Safety is our number one priority and we remain committed to resolving any affected tumble dryers that have not yet been modified.

“To this end, we are in ongoing discussions with the OPSS to agree additional measures we have proposed to reach consumers who have not yet engaged with this safety programme.

“We have cooperated with the OPSS throughout its recent review of the programme and welcome its findings that consumers whose tumble dryers have been modified can continue to use them safely."

Anyone with an affected dryer who has not already had it modified should contact Whirlpool immediately on 0800 151 0905 or visit the websites listed in the box above.

You should also unplug any machines that haven't been modified and stop using them until the modification has is complete.

But even after being modified there have been concerns that appliances still aren't up to scratch.

Consumer group Which? revealed earlier this year that it has spoken to 30 people who have said that their "fixed" tumble dryers have caught fire, produced smoke or the smell of burning.

While The Sun spoke to one mum whose tumble dryer caught fire while she was at home with her three kids – after it had supposedly been fixed.

An investigation by Which? in December 2016 also found that Whirlpool tumble dryer customers could wait a YEAR for repairs or replacement.

But it's not just tumble dryers, one family say they're lucky to be alive after a Hotpoint dishwasher fire left them homeless after a major house blaze.

Meanwhile, an expert said in November 2018 that the Grenfell Tower blaze was probably caused by overheating in the wiring of a Hotpoint fridge freezer.

END_OF_DOCUMENT_TOKEN_TO_BE_REPLACED

END_OF_DOCUMENT_TOKEN_TO_BE_REPLACED
We and our partners use cookies on this site to improve our service, perform analytics, personalize advertising, measure advertising performance, and remember website preferences.Ok