Who is Charlie Radnedge? Inside Love Island star’s dating life and career 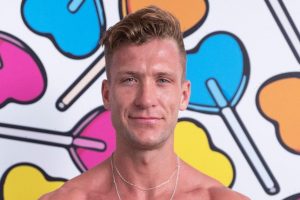 Wednesday’s episode ofLove Island turned up the drama after it welcomed not one, but two, new bombshells to the Majorcan villa.

WhileTonia Buxton’s daughter Antigoni made her entrance and selectedDami Hope, Davide Sanclimenti and Jay Younger to go on a date with, she wasn’t the only new face on the hit ITV2 show.

In fact, as the episode came to a close, Ekin-Su Cülcüloğlu was greeted with a text that read: “Girls, it’s time to get glam as tonight you’ll be welcoming a new boy into the Villa.”

With all eyes on the villa’s doors, newbieCharlie Radnedge became the latest bombshell to make his Love Island debut.

Who is Charlie and what does he do for a living?

28 year old Charlie works in real estate development, meaning that OG contestant Andrew Le Page won’t be the only one in the villa who knows a thing or two about properties.

While Andrew mainly works in Dubai, Charlie is from Chelsea in London and is friends withMade In Chelsea cast member Miles Nazaire.

After news broke that Charlie would be entering the villa, Miles took to Instagram to show his support for his close pal.

“The secret is out, Charlie is on Love Island. We've known for weeks and it's been killing us to not say anything,” the reality TV star said on his Instagram story.

He added: “Please everyone go support our boy Charlie. He's amazing, he's our best mate and he is going to kill it.

“He's one of the funniest humans we know. We are taking care of his socials, which is proving to be very difficult because now my phone has a double-whammy of notifications and it's crazy.”

While the Love Island bombshell may call Chelsea his home, judging by Charlie’s Instagram, it’s clear that travel is a huge passion of his.

At the time of writing, he has over 8,500 on the social media site and often shares snaps of his lavish holidays to Barbados, Ibiza and the French Alps.

And back home, you’re most likely to find the Islander walking around the Henley Royal Regatta or the Saatchi Gallery.

Prior to appearing on the show, Charlie has been single for the past three years and explained that part of the reason for that was because he enjoyed his own company.

“I date quite a lot in London and I’ve been single for three years, so I’m not having that much success in that department, so why not try something new,” he said.

“I am probably slightly more mature than some other people in the Villa. I’ve got some things figured out. I think I’m ready to settle down, basically.”

Following Sunday’s surprise elimination,which saw Amber Beckford and Ikenna Ekwonna dumped from the villa, Charlie will have to step on some toes to find the woman of his dreams.

Speaking of who he had his eye on, he said: “Ekin-Su, Paige and Tasha. But I’m keeping an open mind until I meet them. I might get on with someone I didn’t fancy before. I’m very much on the personality side of things and whether you vibe with someone.”

Love Island continues every night at 9pm on ITV2.