Home » Lifestyle » Who Is Lay Zhang? The EXO Member Is Blowing Up On Twitter After His Grammys Debut

Who Is Lay Zhang? The EXO Member Is Blowing Up On Twitter After His Grammys Debut

The 2019 Grammys are off to a strong start as celebrities start to arrive to the red carpet. In addition to American musicians and their guests, this year’s Grammys awards is featuring and hosting popular K-pop stars like Lay Zhang from EXO. Who is Lay Zhang? He has a close connection to the Grammys and is blowing up on Twitter after his Grammys debut.

Lay Zhang is a Chinese singer-songwriter who is part of the Korean-Chinese K-pop group Exo. He was officially invited to the 61st Grammy Awards as an ambassador of FM Dongguan 101. The invitation was announced by China Music Vision, a Chinese partner of the The Recording Academy for GRAMMY-branded entertainment and educational initiatives. On the red carpet, Zhang kept his look simple, rocking all black and a delicate piece of jewelry ahead of the award show.

Needless to say, K-pop fans on Twitter are loving his American award show debut. Twitter user @_baektohyun shared a video of Zhang at the Grammys and wrote, "He’s a definition of successful…So proud of him!" Another Twitter user, @SweetLies0508 wrote, "Lay, you’re such a inspiration for all of us."

If you missed him on the carpet, check out Zhang’s sophisticated and chic Grammys look, complete with an unbelievably adorable dimple. 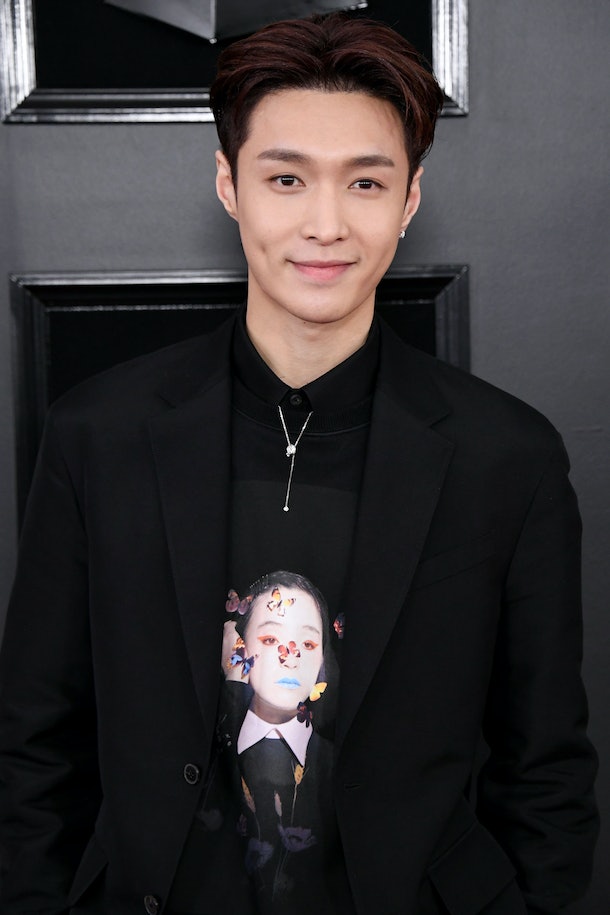 Here are some more tweets showing support for the K-pop singer after his first-ever Grammys moment.