Home » Lifestyle » Who Is Maria Rambeau In ‘Captain Marvel’? Carol Danvers Best Friend Is A Force

Who Is Maria Rambeau In ‘Captain Marvel’? Carol Danvers Best Friend Is A Force

Captain Marvel is the only Marvel Cinematic Universe not to have a love story for the main character. From Tony Stark and Pepper Potts to T’Challa and Nakia, every single MCU film has always had a love story in it. Even the Avengers films have the Scarlet Witch and Vision. But not Carol Danvers, she doesn’t have time for it. She’s got Starforce, and she’s got a mission to find Dr. Lawson. Her relationship with Nick Fury is more buddy comedy than anything else. The person she does have is Maria. So, who is Maria Rambeau in Captain Marvel? Warning: Spoilers for Captain Marvel follow.

When Vers is living on Hala, she continuously has dreams of her old life, dreams everyone tells her aren’t real. When the Skrulls capture her and start messing around in her head, they stir up even more memories, starting back in her childhood. However, one face appears over and over. It’s Maria, her best buddy and a fellow pilot in the Air Force. Vers has memories of going out drinking and singing karaoke together, of suiting up and getting in neighboring planes before take off. She also has memories of being a caretaker to Maria’s kid, Monica.

As Vers starts researching Dr. Lawson, she also finds pictures of Maria on the tarmac on the day of the fateful crash. Whatever had happened, as usual, the two of them had been there together. 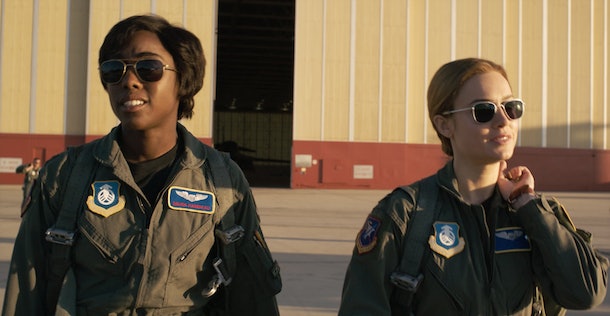 Maria Rambeau (Lashana Lynch) finally turns up when Vers and Fury head to visit her, trying to piece together what happened. Maria is shocked to see her, and even more so when Vers say she has no memory of her life before the crash. She’s also heartbroken by it. Carol Danvers was like her sister, who had stood by her and believed in her when no one else did and had been there when Monica was born when no one else was. Their friendship was the most important thing in the world. Maria was Carol’s person and vice versa.

It’s Maria who also brings Carol back to who she was. Monica may have all the souvenirs and mementos and photos to lay out to help jog Vers’ memory. But it’s the sharp talking Maria gives Vers after they discover the truth about the crash that brings our hero back to herself. 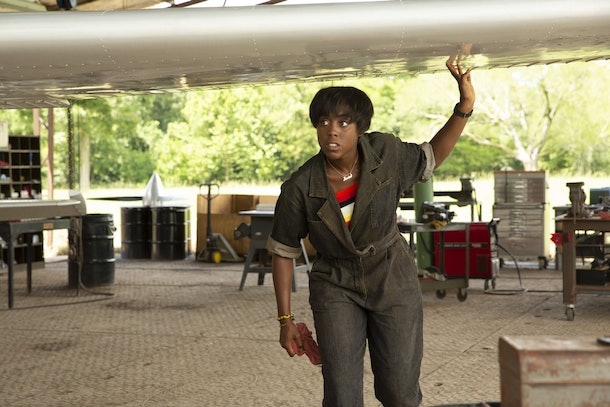 She’s not Vers. This was a name Yon-Rogg gave her, taken off a broken piece of her dog tag. She’s Carol Danvers, and this was her family. Finding her best friend helped make her whole again.

Marvel’s choice to focus on close female friendships over love interests in Captain Marvel is just one of the myriad ways this film is based in the female experience. The movie is not an outwardly groundbreaking female superhero film; there is no "I am no man" moment like in Wonder Woman. Instead, it chooses to be quieter about it, more grounded.

The relationship between Maria and Carol is one I hope viewers get to see on screen again when Danvers returns in Avengers: Endgame.