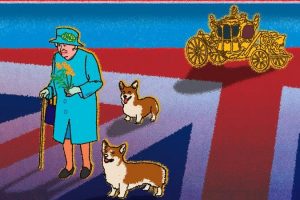 The death of the Queen presents Australian republicans with the opportunity for which they’ve long planned. Is Anthony Albanese about to pounce and launch a campaign for constitutional change? We know he has strong republican views. Two years ago, he spoke of “the need for us to have an Australian head of state … the need for us to stand on our own two feet”.

A year earlier he said, “as a mature state, we’re entitled to have one of our own as our head of state. It is as simple as that.” 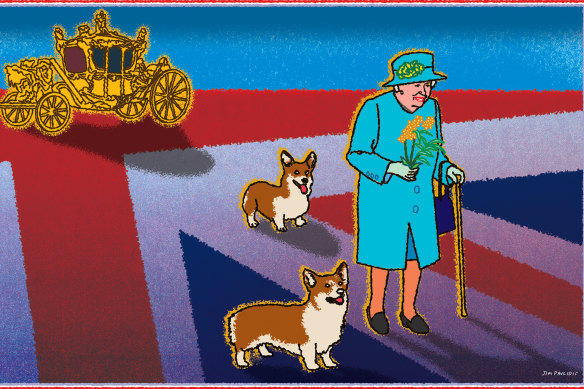 And the moment he took office as prime minister he upset monarchists by taking the unprecedented step of creating a post of assistant minister for the republic, which he gave to Matt Thistlethwaite.

But, despite his personal convictions, and despite the fears and suspicions of the monarchists, it’s an opportunity that Anthony Albanese will not be taking. He won’t be taking it this month, this year or this term of parliament.

If he were to seize this moment to launch a campaign for a Republic of Australia, Albanese would be accused of gross opportunism. He would be violating his own policy undertaking – that there would be no such referendum in the first term of a Labor government.

Albanese has kept his election promise to launch, in his first term, the campaign for an Indigenous Voice to parliament, to be recognised in the constitution. That was his promise; it remains his priority. If the Voice referendum were to succeed in his first term, he’s said he’d turn his attention to a referendum on an Australian republic in his second.

But couldn’t the Queen’s death justify a change of plan? Perhaps. An unpredicted event could justify an unscheduled response.

Besides, Scott Morrison has given an unforeseen gift to the republican movement in recent weeks. Morrison’s relationship with the Governor-General has been revealed to be unconventional at best, dubious at worst.

It wasn’t just Governor-General David Hurley’s disturbingly incurious endorsement of Morrison’s multi-ministry adventure. It was also Morrison’s decision to give $18 million in public money to Hurley’s pet extracurricular project, an untested “leadership foundation”. Labor’s Treasurer, Jim Chalmers, this week cancelled the grant, which he described as “not worthy”.

A simultaneous campaign for a Voice and a republic would doom both … it would likely doom the government, too.

These eccentric transactions between a prime minister and a governor-general have given republicans new cause to champion change to the constitutional set-up. But Albanese is not interested in any change to the schedule. If he broke his word, he probably wouldn’t get a second term.

Not only would he be breaking a policy promise, he’d be breaking something bigger – a covenant he’s entered into with the electorate.

He offered himself to the country implicitly as “safe change”. You could change the government and you could do so safely. Labor under Bill Shorten lost the 2019 election because it offered too much risk. Albanese was determined not to repeat the mistake.

He promised a few big differentiating policies – on climate change, on childcare, on aged care, on a national integrity commission. But, to the frustration of many progressives, he offered careful evolution, not disruptive revolution.

There would be no new taxes, other than a crackdown on multinational corporations. He would not abolish the tax cuts already legislated. He would not ban new oil and gas prospects. He would not reconsider the AUKUS deal.

And when challenged for betraying Labor values, his unanswerable rejoinder: “One of my Labor values is winning elections.” As part of “safe change”, he is proceeding to implement his plans in an orderly way.

The parliament this week enacted Labor’s climate change bill. Its aged care bills are before the parliament now. Its legislation for a national integrity commission is due to go into the parliament in the next sitting week.

Albanese has held his proposed Jobs and Skills Summit, enacted his plan for cheaper medicines, announced his promised royal commission into robo-debt, and had the satisfaction of seeing the Fair Work Commission agree with him that the minimum wage should rise at the same pace as inflation or better.

As he said at the outset of his term as leader of the opposition, “I’m focused on two dates – the election date, and the next election date three years after that.” Safe, orderly, trustworthy government is the key to entrenching Labor in power.

Albanese is acutely aware that he was elected prime minister with 51 per cent of the seats in the House but just 32.6 per cent of the primary vote, which is smaller than the Coalition’s primary vote share. And it represented a slight swing away from Labor.

Albanese needs to use this term of parliament to build trust, to rebuild Labor’s primary vote. An abrupt move to a republic referendum would shatter this “metamessage” of safe change, orderly government and trustworthy politics.

And remember how many times he attacked the Morrison government for dividing Australia? Albanese promised a new politics, to unify Australia. A surprise republic referendum would introduce more division, not less.

The campaign for an Indigenous Voice is off to a tenuous and tremulous start; a simultaneous campaign for a republic would doom both. Worse for Labor, it would likely doom the government, too.

The government already was working towards the creation of a working group to begin planning a republic referendum. It’s expected to continue with this, as planned, and announce it after the Queen’s state funeral. But the government will be at pains to stress that it’s exploratory work towards a possible referendum in Labor’s second term, should it win one.

This is the politics of Albanese’s “softly, softly” approach to a republic. But it’s also a reality of the Australian condition that, at the moment, the republic question is a second-order reform.

The sources of Australian national neuralgia this century have not been constitutional. They’ve been political.

It wasn’t the Queen who threw Australian politics into a feverish decade of fratricide. It wasn’t the Governor-General who was responsible for turning Canberra into the coup capital of the Western world. It wasn’t the constitution that made the Labor Party turn murderously, pointlessly on its own prime ministers, or made the Liberals to do exactly the same.

Australian politics descended into a mindless era of playing parlour games rather than solving problems. There is early evidence that the Canberra class has started to recover its senses.

The Liberals get credit for restoring some stability by allowing a leader, Scott Morrison, to serve a full term, the first prime minister since John Howard to be given the opportunity to do so. Now Labor gets credit for setting out a policy program that is based largely on solving problems rather than playing games. That’s a novelty too.

But the problems it confronts are deeply serious. Its great challenge is to extract the country from managed decline – with species disappearing and the climate changing, with living standards falling and competitiveness collapsing, with inequality rising and opportunity shrivelling, with global fascism on the rise and democracy in decline.

And Labor has inherited a tough starting point – a record low share of the popular vote and a dismal level of public trust in politics. The regal and vice-regal arrangements didn’t cause these problems; changing the arrangements is not the solution to them.

A republic campaign now would divide society, roil politics and destabilise a system that is still trying to recover its stability. That would make it harder, not easier, so solve the country’s first-order problems.

Reforming the constitutional arrangements is a second-order issue and Albanese is right to relegate it to a second term. In the meantime, Charles, 73 years old, is likely be an interim monarch who’ll give Australia a chance to consider its constitutional options at a regal pace while it fixes its more pressing problems.

God save the King? God save Australia.