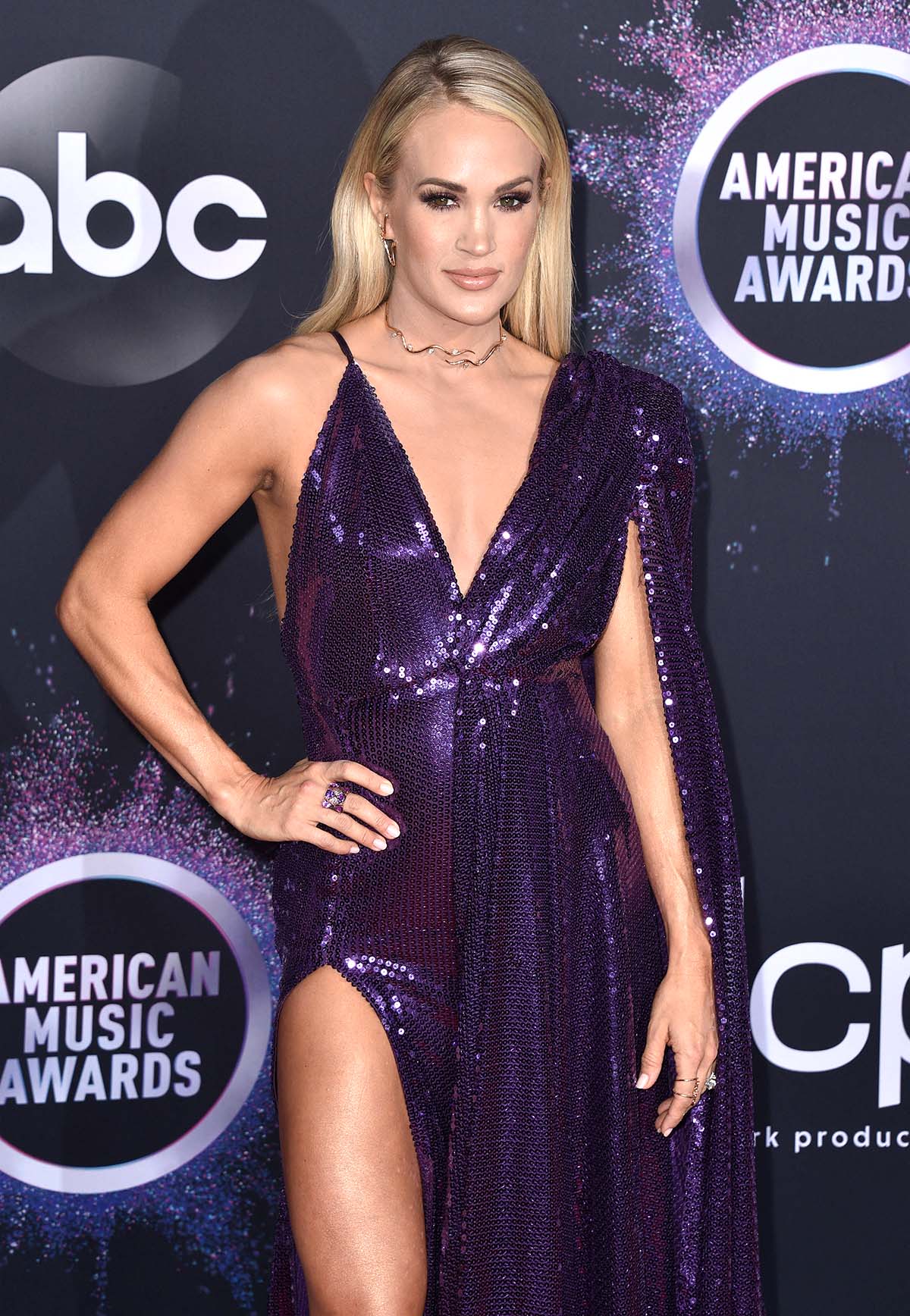 Maybe next time they’ll think before they sing. Carrie Underwood opened up about her experience going to live concerts – and how disappointed she is when a singer doesn’t sound like their album.

‘American Idol’ Winners: Where Are They Now?

“I love to sing, and I’ve always taken pride in the work I’ve put in on my vocals. I do want to sound good,” Underwood, 39, told Rolling Stone in an interview published on Tuesday, October 18. “Growing up and going to concerts or seeing my favorite artists on TV, if they didn’t sound like they were supposed to sound, it was always so deflating.”

The country crooner, who took home the trophy as the second winner of American Idol in 2005, explained that she would “lose respect” for singers who couldn’t deliver a strong live performance.

“When I’d go to a concert and hear them drop keys, I was like, ‘You can’t hit the notes! Why’d you record them if you can’t sing them?’” she said. “That stuff is important to me.”

While the eight-time Grammy winner has high standards when it comes to fellow musicians, one singer who has served as an inspiration to Underwood throughout her own career is Guns N’ Roses’ Axl Rose.

“The way I learned how to sing was I would pick really hard vocalists to try to emulate, and his voice always mesmerized me,” Underwood gushed of the rock legend, 60. “I was like, ‘How is he doing the things that he’s doing?’”

The “Before He Cheats” songstress told Rolling Stone on Tuesday that she’s “been covering Guns N’ Roses my whole life” and has tried to share the stage with the band for years — a wish that was granted in April at the 2022 Stagecoach Festival where Rose joined Underwood on stage for a special performance of his song “Sweet Child O’ Mine.” 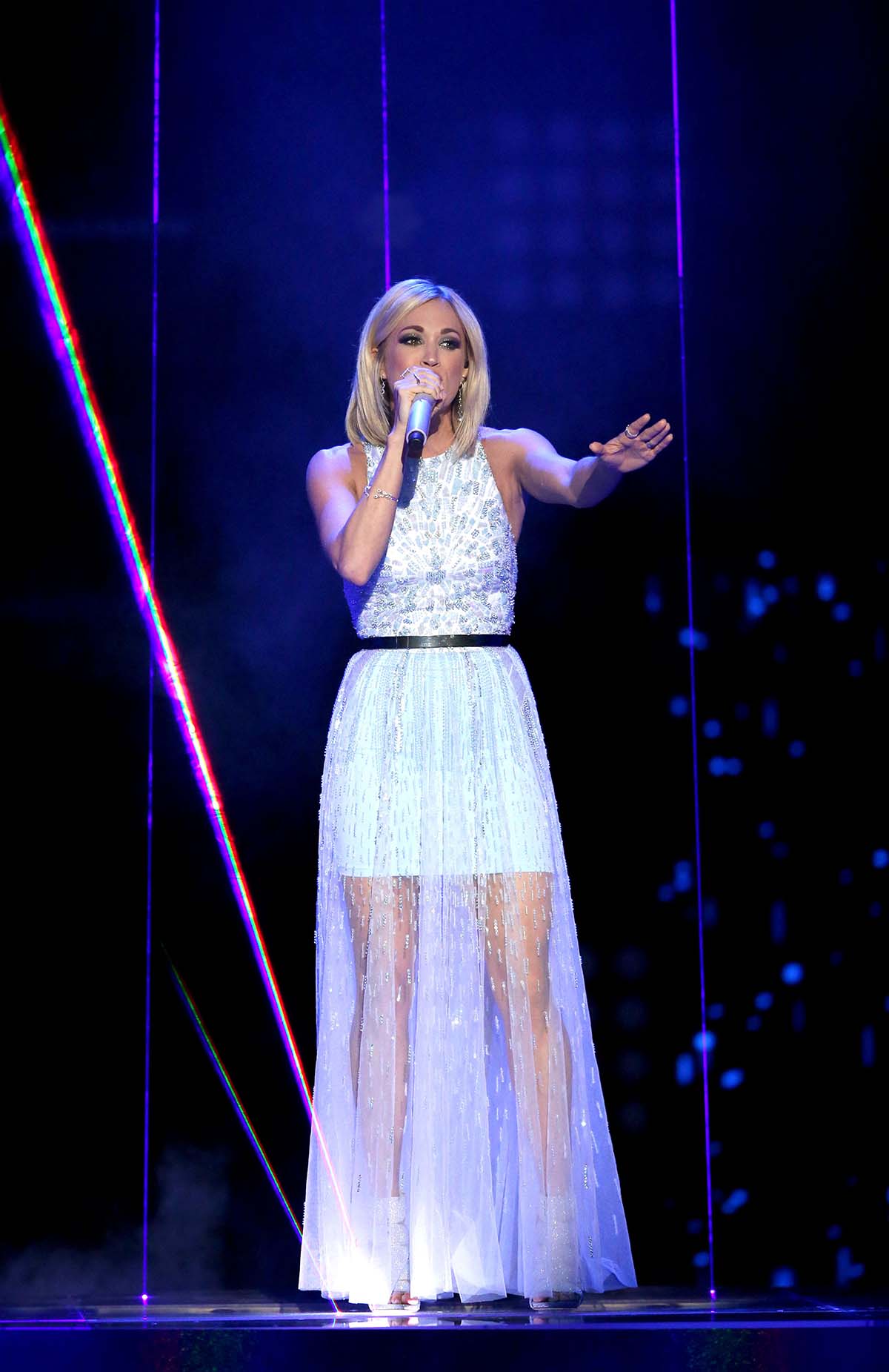 This isn’t the first time Underwood has made headlines for her strong opinions. Last month, comedian Billy Eichner revealed that the “Good Girl” artist had blocked him on Twitter after he made jokes about her anti-mask views during the coronavirus pandemic.

“There was this thing where she, like, during the height of COVID, she posted, she retweeted a speech by some Republican guy saying that kids shouldn’t have to wear masks in schools,” the Bros star, 44, said during a September episode of Watch What Happens Live With Andy Cohen. “[She] kind of letting her political views be known for the first time and I guess I made some jokes about it that went viral on Twitter and I guess she didn’t like that.”

Underwood shares sons Isiah, 7, and Jacob, 3, with husband Mike Fisher. The former hockey player, 42, faced his own backlash in November 2021 after he supported Aaron Rodgers for refusing to get vaccinated amidst the coronavirus pandemic.

“I stand with @aaronrodgers12. I believe in the freedom to choose what we put in our bodies and the freedom of conscience,” Fisher wrote via Instagram. “It’s time to fight for our medical freedom and I feel for those that have been fired for choosing medical freedom. People losing their jobs over a medical choice is un-American and unacceptable. We need to stand up now before it’s too late!! #medicalfreedom #istandwithaaronrodgers.”

While Underwood hasn’t publicly shared her own opinions on the matter, she “liked” Fisher’s post at the time. She was also seen looking less than thrilled at the 2021 CMA’s that same month when host Luke Bryan made a joke about “health protocols” and “immunization.”