Home » Lifestyle » Why does Prince Charles go by Duke of Rothesay in Scotland: His other names explored

Why does Prince Charles go by Duke of Rothesay in Scotland: His other names explored 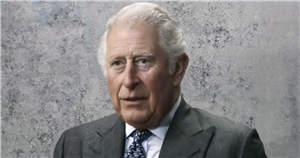 Many know him as simply Prince Charles, yet his official name is much more extravagant.

The senior royal's full name is made of a selection of 18 different honours, titles, and ceremonial roles and takes up three lines of text when written out.

As the Queen's eldest son and heir to the throne, Charles has a set of names which are given to him by default, but over the years he has gained many more. In the order presented by Clarence House, Charles' official office, his full list of names and titles are:

While many are familiar with his titles Duke of Cornwall and Prince of Wales, there are various others he goes by, including Duke of Rothesay.

In Scotland, Prince Charles is referred to as the Duke of Rothesay, with the title being used in the Scottish media to describe the Prince.

It is tradition that the title is given to the heir to the Scottish throne, with the practise dating back centuries.

In 1603, the crowns of England and Scotland were joined, which meant the title was to be awarded to just one heir. Prince William and Kate will also have separate Scottish titles.

What do the rest of Prince Charles' names mean?

His Royal Highness (HRH): This is the style of title given to senior royals, and is one rung below 'His/Her Majesty'.

Prince: This is the title given to any male child of the monarch, and any of their children.

Charles Arthur Philip George: In contrast to a standard surname, the Royals have various given names. Charles can choose to use any of these names when he becomes king.

Prince of Wales: The title given to whoever is first in line for the throne.

KG: Knight of the Garter

KT: Knight of the Thistle

GCB: Knight Grand Cross of the Order of the Bath

AK: Knight of the Order of Australia

Earl of Chester: A traditional title to be held by whoever is Prince of Wales.

Duke of Cornwall: Since 1377, this title is awarded to whoever is heir to the throne.

Earl of Carrick and Baron of Renfrew: Both Scottish titles which are reserved for the heir to the throne.

Lord of The Isles: Refers to to the islands to the west of Scotland, and is now the title given to the English heir to the throne.

Prince and Great Steward of Scotland: Another title inherited from the merging of the Scottish and English thrones, this title dates back to 1371.

To keep up to date with the Royal Family, sign up to our daily newsletter here.