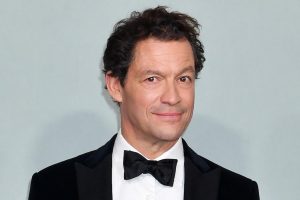 Keeping this one to himself. Dominic West is friends with Prince Harry, but he decided against asking his pal for advice about playing King Charles III on The Crown.

Everything to Know About Season 5 of ‘The Crown’

“I didn’t think it was appropriate to call him up and ask him for tips,” the Wire alum, 53, joked to Entertainment Tonight at the season 5 premiere in London on Tuesday, November 8. The U.K. native added that he actually hasn’t spoken to the Duke of Sussex, 38, in “many years,” though they were friendly in the past.

“We did walk to the South Pole together with a lot of wounded soldiers, so I got to know him pretty well,” West explained, referring to a charity event the pair did together in 2013. The duo participated in the Walking With the Wounded, joining an expedition through Antarctica with injured military service people.

Everything the Royal Family Has Said About ‘The Crown’

“He was very much part of the team,” the Tomb Raider actor said of the royal at a press conference in January 2014. “He seemed to specialize in building latrines. He built this incredible castellated structure with blocks to keep out the wind, and it even had a [toilet] roll holder.”

West is a new cast member of The Crown, making his debut as Charles, 63, in season 5, which premiered on Wednesday, November 9. The Affair alum replaced Josh O’Connor, who played a younger version of the former Prince of Wales in seasons 3 and 4.

Last year, Harry admitted that he has seen the Netflix series, which he thinks allows viewers to get a taste of royal life even though it’s fictionalized. “It gives you a rough idea about what that lifestyle, what the pressures of putting duty and service above family and everything else, what can come from that,” the Invictus Games founder explained during a February 2021 appearance on The Late Late Show With James Corden. “I’m way more comfortable with The Crown than I am seeing the stories written about my family, or my wife, or myself.”

The Crown’s Behind-the-Scenes Controversies Through the Years

The BetterUp CIO added that the show is “obviously fiction” and “not strictly accurate,” but acknowledged that is “loosely based on the truth.” At the time, Harry had only been depicted as a child on The Crown, but he revealed that he’d already thought about who he would want to play him as an adult: Damian Lewis.

Ahead of the season 5 premiere, Netflix added a disclaimer to the trailer for season 5 following backlash about the show’s depiction of the royal family. “Inspired by real events, this fictional dramatization tells the story of Queen Elizabeth II and the political and personal events that shaped her reign,” reads the statement, which is also visible on the show’s official web page.

Season 5 of The Crown is now streaming on Netflix.