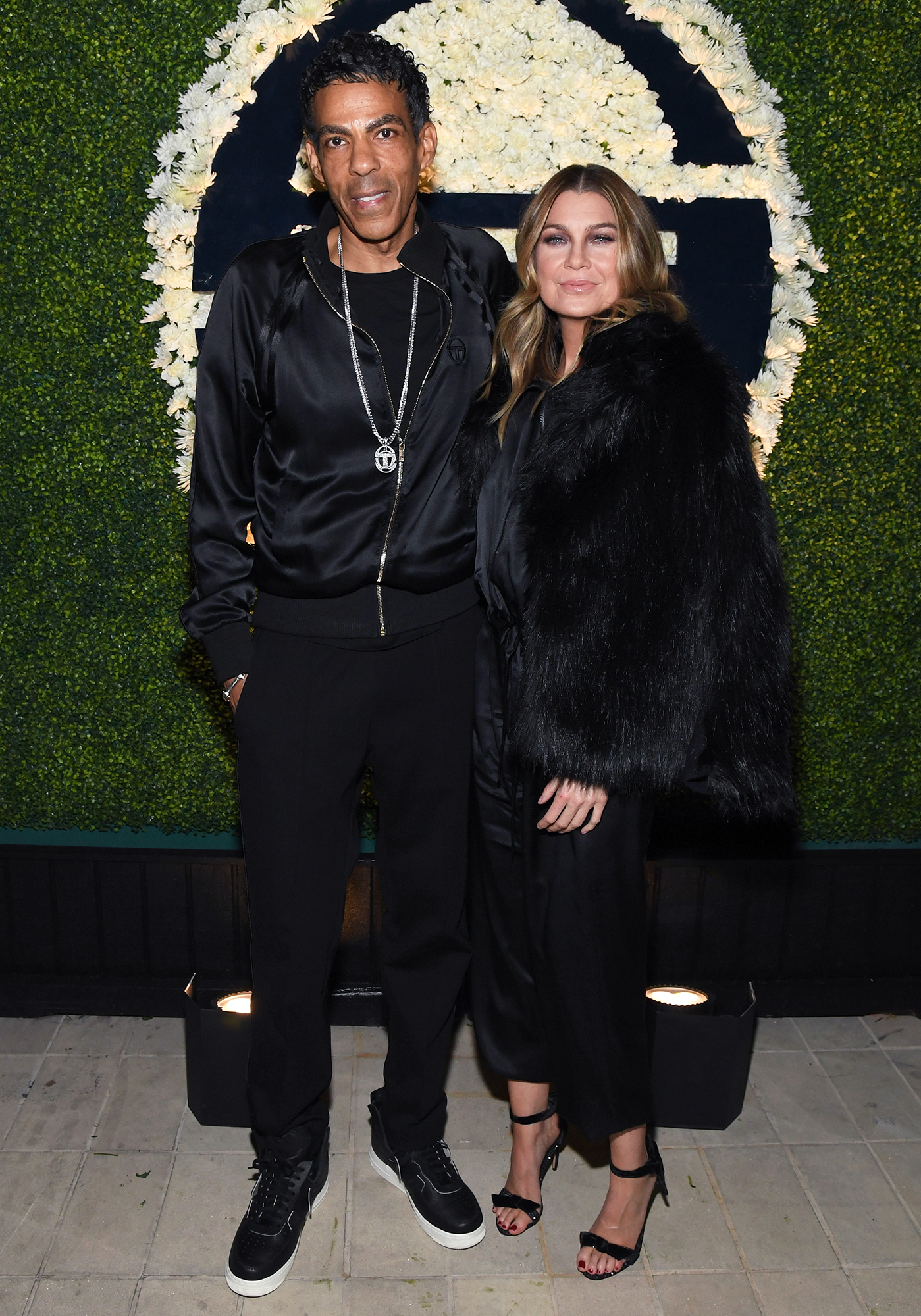 “There was a time back in the day that I watched it a lot, but then I didn’t know if she had a lover,” Ivery told Us Weekly exclusively before letting out a laugh at the Launch of Sergio Tacchini STLA collection in Los Angeles on Thursday, February 21. “I would say I’m not jealous; I’m really confident, but it’s awkward. She’s acting but now she’s got this new lover, which I know him, Giacomo [Gianniotti].”

“He’s a great guy. I actually like him,” Ivery added at the event on Thursday, which was hosted by him and the actress. “And to be honest, I haven’t watched those scenes because I feel like it can be awkward.”

While the music producer may not tune into Grey’s Anatomy each week, Ivery told Us that he’s Pompeo’s “biggest fan.”

“What’s the secret? We’ve been doing it for a long time. I think the secret is taking the time that we need,” he explained. “Like if it’s me and her and we need a date night, we take it. It’s just sort of supporting each other. And obviously with three kids it’s ample. Her on set, me downtown, it’s a lot. But she’s my biggest fan. I’m her biggest fan.”

“We love going to games. We love going to, like, a Laker or Clipper game,” Ivery told Us about the couple’s date nights. “We’ll go to a game and we’ll go out to dinner. We have an amazing place out in Malibu so sometimes we’ll go out there, stay out there for the weekend. Whatever. We’ll go out with friends for dinner.”

The Old School actress added that she’s “so proud” of her husband for starting a clothing line.

“Listen, it’s amazing. It’s inspirational to change careers at 50,” Pompeo told Us on Thursday. “He’s been in the music business for 25 years and he changed careers at 50. And he killed it. I mean, knocked it out of the park. It’s amazing! So for anybody who feels they’re stuck, you can change your career at any age.”

With reporting by Nicole Pajer