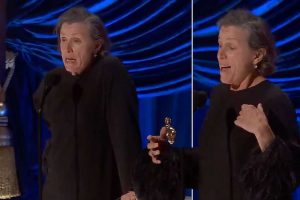 Judy Gold talks being a comic in quarantine

Frances McDormand made her way into the all-time great Oscars acceptance speeches Sunday night by howling like a wolf while accepting the Best Picture win for “Nomadland.”

“We give this one to our wolf,” 63-year-old McDormand — who also won Best Actress for her role in the film — said, before letting out a lupine howl.

And while the surprise moment quickly garnered attention on social media, McDormand wasn’t pulling a bit or being deliberately eccentric, she was shouting out the film’s sound designer, production sound mixer Michael Wolf Snyder, who tragically took his own life earlier this year.

Wolf, who had a history of depression, was found by his father David Snyder in his Queens apartment on March 1.

“I’m sure it was difficult for Michael that he spent most of the last year alone in his small, Queens apartment, being responsible about dealing with the coronavirus,” David wrote on social media.

“He was certainly thrilled about all of the accolades for ‘Nomadland’ and told us many happy stories about his work on the film and the amazing people he got to spend time with,” David added.

“Nomadland” director Chloé Zhao —  the first Asian-American woman to win Best Director — had previously worked with Wolf on her sophomore feature from 2017, “The Rider.” 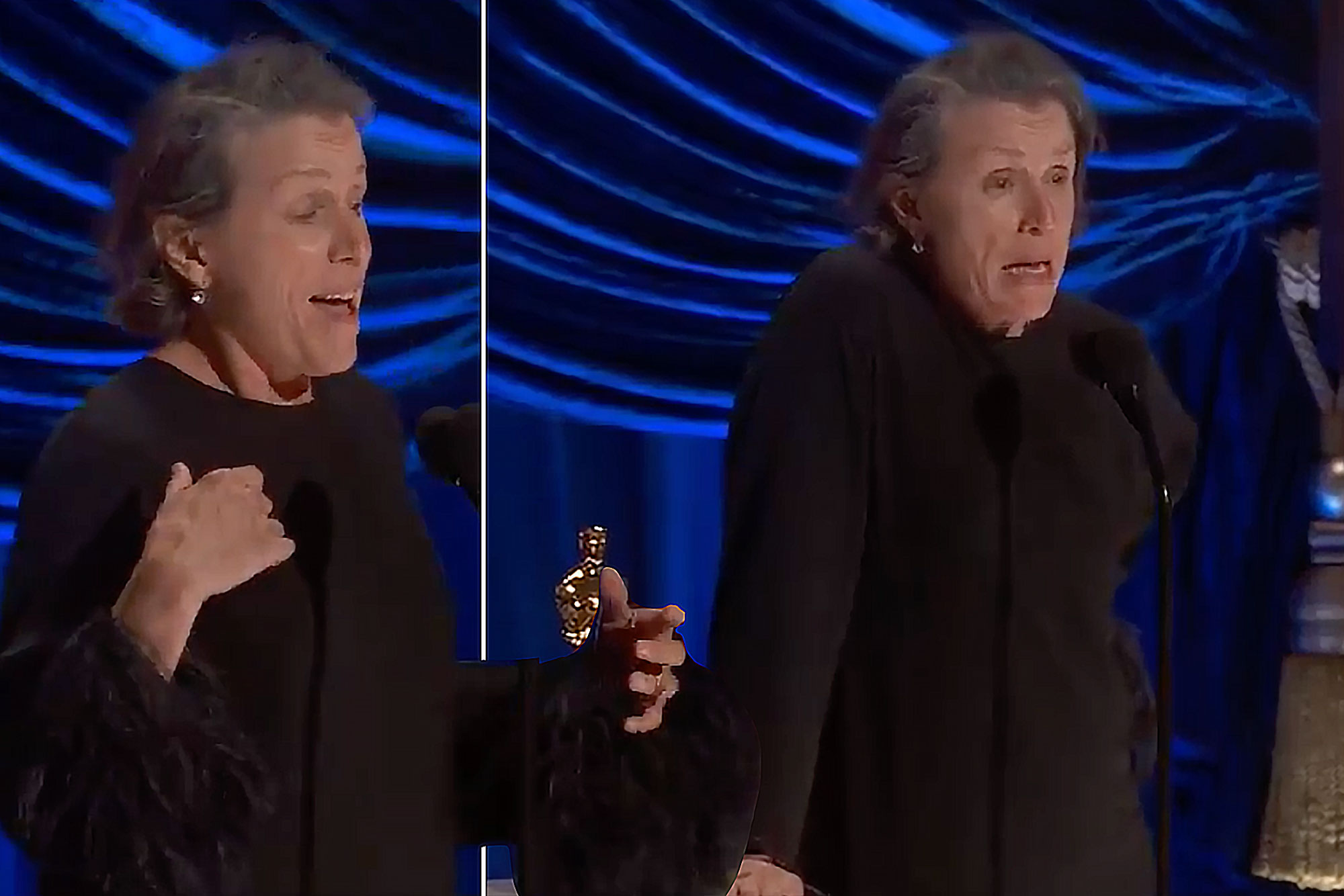 “After hustling on each location, we sat together, in silence, tuned in, listened and honored the world around us and each other,” she told Variety when he died. “I will always miss him.”

McDormand added at the time, “Wolf recorded our heartbeats. Our every breath. For me, he is ‘Nomadland.’”

Elsewhere in her speech, McDormand implored viewers to “please watch our movie on the largest screen possible, and one day very, very soon, take everyone you know into a theater, shoulder to shoulder in that dark space, and watch every film that’s represented here tonight.”

Meanwhile, during her Best Actress acceptance speech, after joking that this year’s Awards should have had a karaoke bar at the ceremony, she went with a line from “Macbeth.”

“I have no words: my voice is in my sword,” McDormand said. “We know the sword is our work, and I like work. Thank you for knowing that, and thanks for this.”

This is McDormand’s third Best Actress win — she also picked up Oscars for “Fargo” and “Three Billboards Outside Ebbing, Missouri.”