Why Kirsten Dunst and Jesse Plemons’ Romance Has Gotten ‘Even Stronger’

Low-key love. After welcoming their second child earlier this year, Kirsten Dunst and Jesse Plemons are doing better than ever, a source exclusively reveals in the new issue of Us Weekly.

“They’ve started working together on projects and it’s made their relationship even stronger,” the insider says of the Melancholia actress, 39, and the Breaking Bad alum, 33. “They love to spend as much time together as possible.” 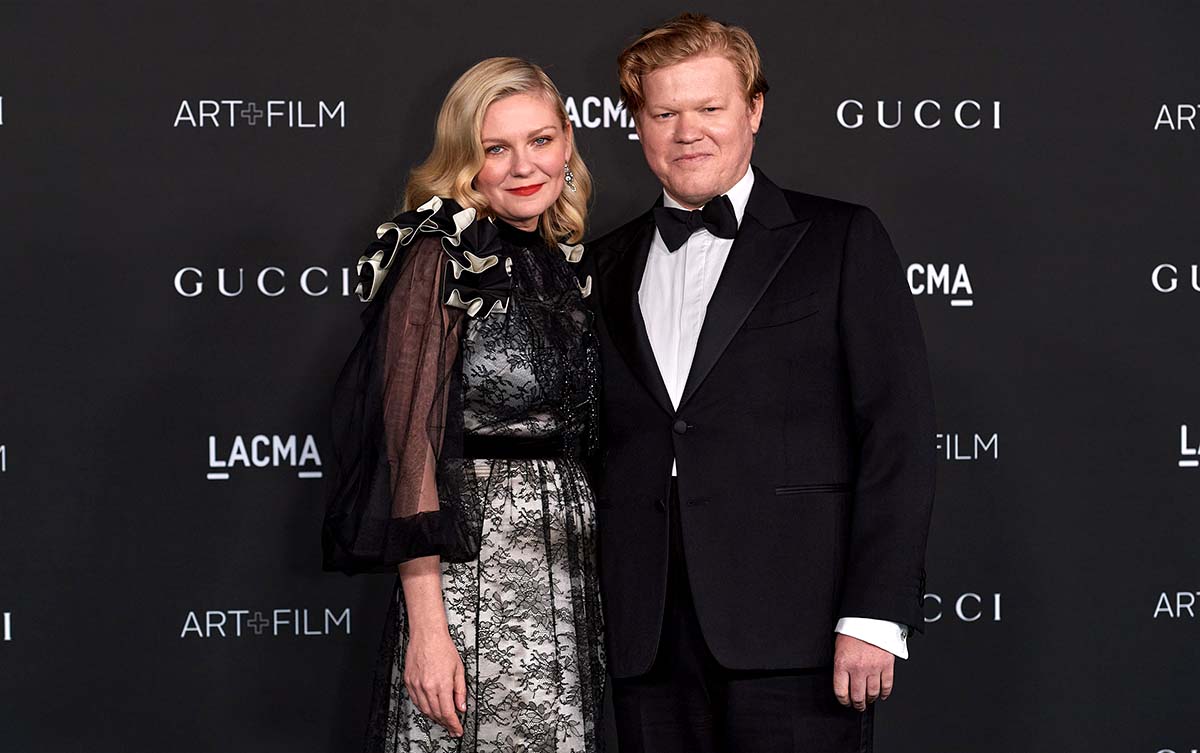 The duo, who met while filming season 2 of FX’s Fargo in 2015, appear together in the new movie The Power of the Dog, now streaming on Netflix. The film marks only the second time that the pair have collaborated onscreen, but the Bring It On star is already hoping they can work together again soon.

“We actually talked to [Power of the Dog producer] Tanya Seghatchian about what Jesse and I should do next,” Dunst told The Hollywood Reporter in November. “We have some ideas, and Jesse and I definitely want do another project. He’s my favorite actor to work with.”

For now, the twosome are enjoying life as parents to sons Ennis, 3, and James Robert, who arrived earlier this year. When they’re not working or hanging out home, they also find time to spend time with pals.

“Jesse is funnier than most people know,” the source adds, noting that “all of Kirsten’s friends love” the former Friday Night Lights star. “He is always the hit of dinner parties and keeps Kirsten and all their friends laughing.”

Part of what makes their romance work is Plemons’ more chill approach to life.

Hottest Couples Who Fell in Love on Set

“He is very different from every guy she’s ever dated,” the insider explains. “Kirsten used to be in some more dramatic and toxic type of relationships, but Jesse is different. He’s more quiet, supportive and really lets Kirsten shine.”

Though the couple got engaged in January 2017, they’re in no hurry to rush down the aisle. “I would marry him tomorrow,” the Beguiled star told The Sunday Times of her and Plemons’ wedding plans in November. “We want a proper wedding, we just haven’t had the time. And I wanted to have fun at my wedding and not pay for everyone else to celebrate while I am pregnant and waddling down the aisle.”

Whenever they do decide to tie the knot, though, they’ll likely keep the ceremony as low-key as the rest of their relationship. “We’re definitely going to have a wedding eventually, but probably [a] small [ceremony] at home or something, like, really intimate, not a big wedding,” Dunst told Us in August 2019.

For more on Dunst and Plemons’ love story, watch the video above and look for the new issue of Us Weekly, on stands now.