I’m not a millennial but apparently I sleep like one.

That’s because when I wriggle into bed at night, I slip between the scandalous combination of a fitted sheet and a comforter-filled duvet. In case you missed the drama: There’s no top sheet anywhere in this equation. Those flat, floppy beasts get tossed into the highest corner in my linen closet, never to be seen again. 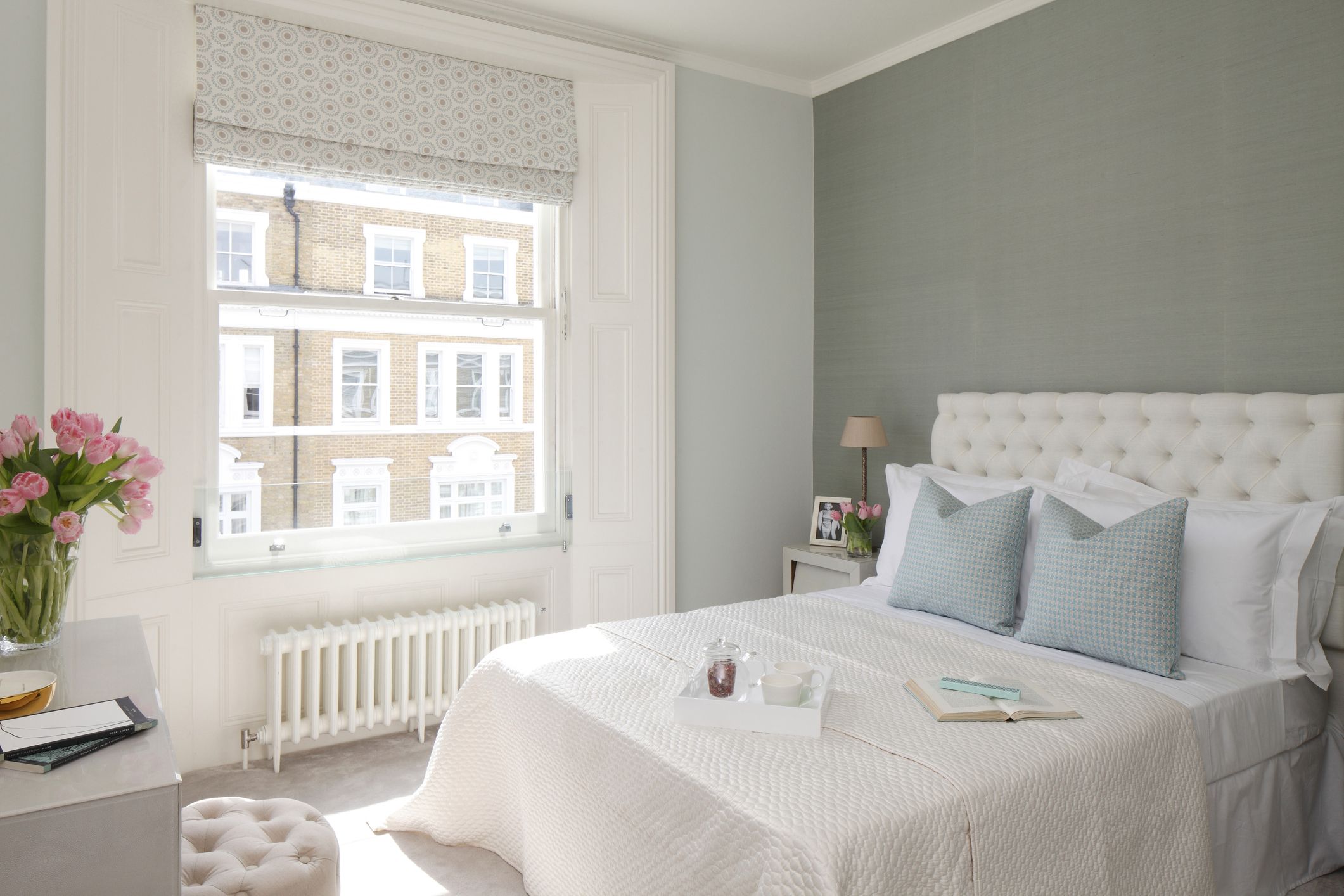 I’m not the first to weigh in on the topic—but where the movement was once fringe or hush-hush, it’s now out in the open. In fact, top-sheet truthers are passionate and offer reams (bolts?) of compelling evidence for the superiority of this choice.

For starters, the top sheet doesn’t play well with others—it invariably ends up in a damp, dispirited wad toward the lower third of the bed, twisted around like a bad metaphor.

What’s more, the top sheet adds time to the bed-making process as well, whereas repositioning a duvet-only bed takes barely two flicks of the wrist—never requiring that you actually walk around the entire bed once or twice to get it all just right. (Hard pass.)

Those two reasons don’t hold much sway with the likes of homemaking doyenne Suzanne Pollak, founder of the Charleston Academy of Domestic Pursuits, who emits something between a gasp and a dry-heave when I call her to talk about the practice.

“That’s just disgusting,” she says, obviously subscribing to the belief that the primary function of the top sheet is to keep our own bodily filth from desecrating our blankets, quilts, or coverlets on a nightly basis.

“Oh, you’re misunderstanding,” I quickly interject. Most people today—myself included—are not sleeping directly against a blanket or quilt or anything. I wash my duvet cover once a week, just the same as the bottom sheet and pillowcases.

Well, then that’s different, she says, retracting the question of hygiene, but it’s still just not right. “A proper bed requires a bottom sheet, a top sheet, a blanket, and actually on top of that, you should put some sort of top sheet as a coverlet. That’s the old fashioned way.”

Pollak grew up in Africa— with many housekeepers around to handle all those layers—but she contends that the linens offer superior temperature adjustment capabilities throughout the night.

It invariably ends up in a damp, dispirited wad toward the lower third of the bed, twisted around like a bad metaphor.

“When it’s very hot outside, sleeping with nothing atop you is not actually the best option,” she explains. “A top sheet traps cooler air in—like an air-conditioner.” On the flip side, a top sheet adds another layer of warmth in extremely cold climates by trapping warm air close to the body.

As for the issue of how much more of a pain in the ass making a bed is when there’s a top sheet, Pollak is not having it. “Oh please. It takes 30 extra seconds, and so long as you have made the bed properly” —there’s that word again!—“the sheet wont require much more than tug or two. Use hospital corners and it will stay put throughout the night.” At the term hospital corners, a part of me died.

To Pollak, making a bed the proper way, and taking the time to do so, is a kind of self-care—something everyone is obsessed with today anyway. “There are some things in life that take a few extra seconds, but these are things that improve your life. Spend a few less minutes on social media if you have to find the time somewhere!” Ouch. 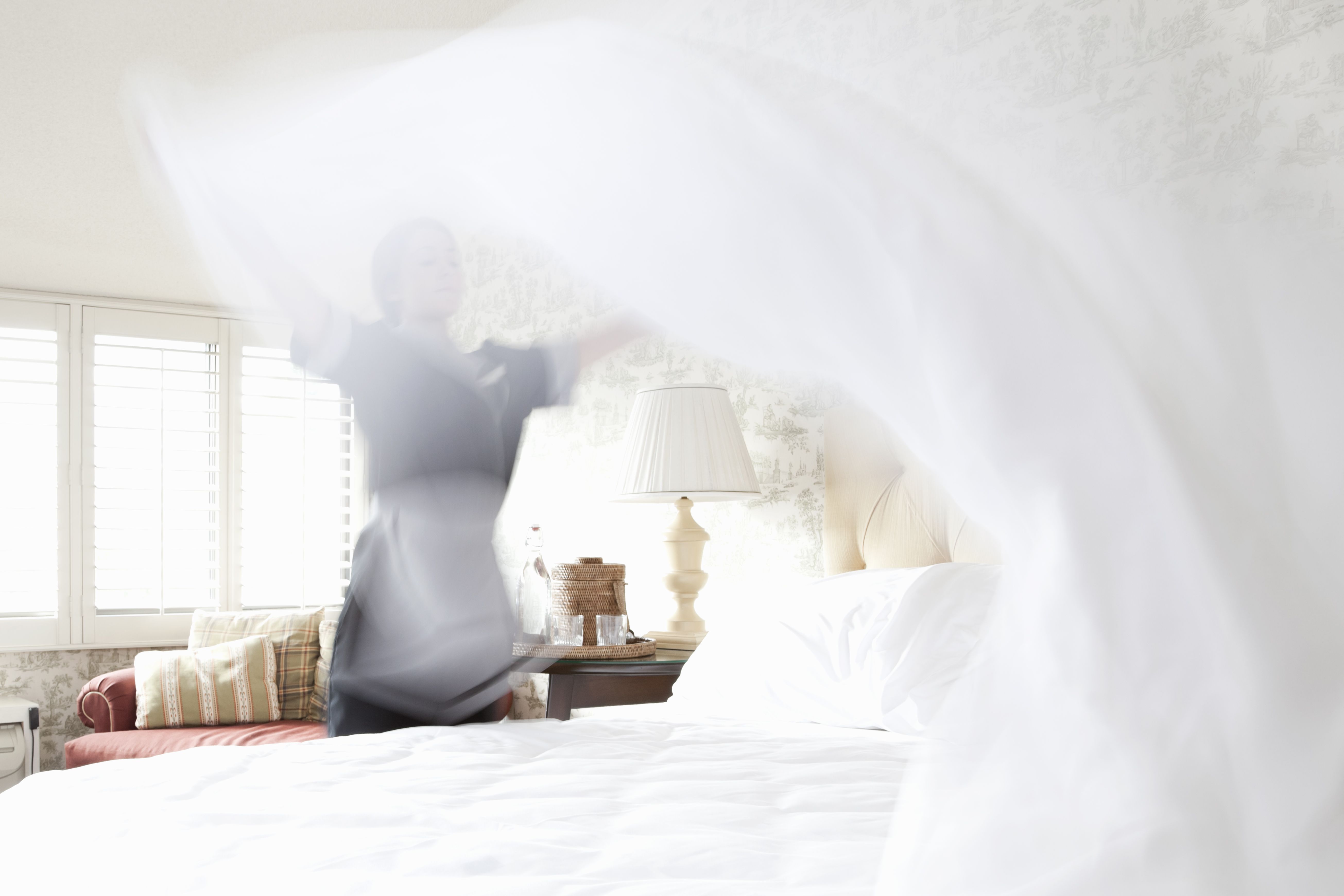 Pollak’s tough-love scolding aside, her sort of mille-feuille bed-making is simply passé today, as more and more people look to the European style, where the fitted + duvet cover has long reigned supreme. And the crop of modern bed direct-to-consumer linen companies, like the LA-based brand Parachute, have noticed the shift and adjusted their bedding strategies with that in mind.

According to the company, nearly 40 percent of their customers only want a bottom sheet, not both—and as a result, their bedding sets differ from many you’d find in department stores, where you get a fitted and a flat. The ones from Parachute include just the fitted and two pillowcases. If you want a flat sheet you have to purchase that separately. “We decided to take a design cue from the Europeans and go with a more globally inspired look,” says Parachute founder Ariel Kaye.

Freed from the suffocating veil of the flat sheet, there’s no excuse for walking away from an unmade bed, which is perhaps another reason that the single-sheet style is the choice of time-pressed millennial and lazy people everywhere who still want a veneer of tidiness.

As for me, I’m sticking with the flat-free existence, but will keep those extra top sheets around. You also never know when you may need a drop cloth, a ghost costume, or get invited to a toga party.