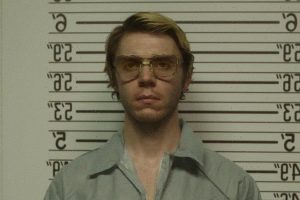 Netflix’s new series Dahmer – Monster: The Jeffrey Dahmer Story has been a huge hit with audiences. Despite having little to no promotion before release, the true-crime show has quickly become the most popular series on the platform and one of the most successful debuts on record.

Rita Isbell, the sister of Errol Lindsey (who was brutally murdered in 1991 at age 19), has told Insider she feels “sad that [Netflix] is just making money off of this tragedy” and expressed disappointment that she was not contacted about the series.

“I feel like Netflix should’ve asked if we mind or how we felt about making it,” she said. “They didn’t ask me anything. They just did it.”

The Age and The Sydney Morning Herald asked the streaming giant to confirm or deny whether families were consulted for this show, or if any donations will be made, but Netflix declined to comment.

“It’s all public record, so they don’t have to notify (or pay!) anyone,” he wrote. “My cousins wake up every few months at this point with a bunch of calls and messages and they know there’s another Dahmer show. It’s cruel.

“It’s traumatising over and over again, and for what? How many movies/shows/documentaries do we need?

The show is just the latest in a long line of stories about the serial killer, and Netflix is releasing yet another – Conversations with a Killer: The Jeffrey Dahmer Tapes – on October 7.

Dr Xanthe Mallett, a forensic criminologist who has also worked on several true-crime productions, says it’s not uncommon for victims’ families to feel aggrieved in this way.

“There’s a really fine line to tread between what the victims’ families want, and what true-crime fans are going to engage with,” she says. However, she believes that any work about real crimes should carry a “deep respect for the victims and those that survived them” – and that almost always involves consulting families before release.

“When I work on documentaries, you always want to include the family because they’re often the ones speaking for the victims. These people all had lives and hobbies and friends who miss them … And to me, the victim shouldn’t just become subsumed into the identity of the offender.”

That can be more complicated, she adds, if you’re investigating an apparent miscarriage of justice (which is still worth pursuing, even if victims’ families aren’t supportive) and also when the offender has become so prolific within popular culture.

High-profile killers like Ted Bundy (who was the subject of a 2019 Netflix film starring Zac Efron), for instance, have been known to garner sympathy or twisted admiration. This is a phenomenon that existed well before the true-crime boom, but has arguably accelerated since.

On TikTok this week, a number of viewers of Netflix’s new show have expressed compassion for Dahmer – and a romantic edit of him with a victim has received more than 1.4 million likes.

“I think we’re going further and further down that path of true crime as entertainment,” Mallett says.

“To me, true crime should be based in learning something, progressing cases or assisting the process in some way. It shouldn’t just be a voyeuristic step-through the most traumatic and awful circumstances in a group of people’s lives.”

Some conventional dramatisations can be useful too, Mallett says – particularly when we can learn from the patterns of behaviour that led to the events taking place – but viewers should use their own judgment about what’s useful or appropriate.

“It’s all about what we choose to consume.”