Why Prince William Is a Great Big Brother to Prince Harry

Prince William and his younger brother Prince Harry have been very close growing up. They are only a few years apart in age and, ever since their mother died when they were young, the two have been nothing short of supportive of each other.

Prince William spoke up for Prince Harry and Meghan Markle

After Prince Harry married Meghan Markle last year, he began to want more independence for him and his new wife. This started causing some friction between Prince Harry and a few royal family members, especially Queen Elizabeth.

Additionally, Prince Harry was looking to increase his own communications team so he would not have to share one with other lower-ranking royals such as his aunt and uncles.

The queen was quite apprehensive about all of these requests from Prince Harry. Historically, royals who were not direct heir to the throne were not allowed to have their own independent office or their own communications team. However, Prince William actually stepped in and fought for his brother. Prince Harry is not like other royals of the past. Despite being only a “spare”, he and his wife still garner lots of attention from people all over the world.

Royal commentator Omid Scobie revealed: “[Prince William] understands what this means to Harry and how much he wants to achieve and also, how important Meghan and Harry are for the image and the brand of the Royal Family.”

Prince William is an exemplary role model for Prince Harry 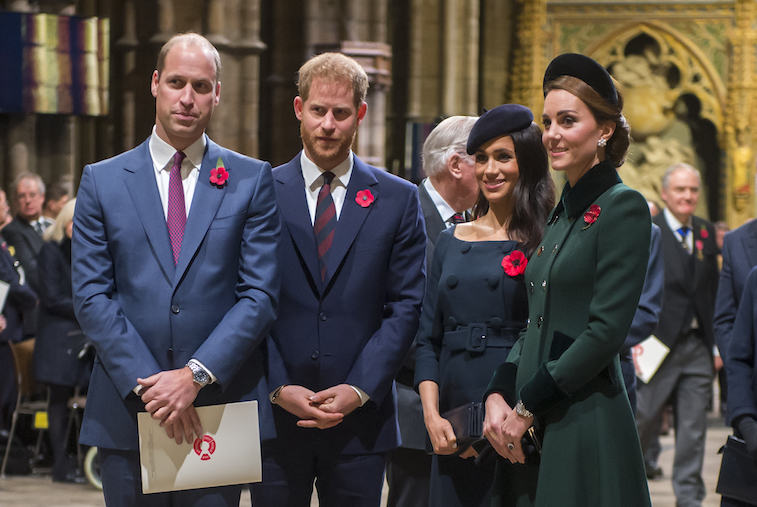 Aside from sticking up for his younger brother, Prince William also acts as a role model by being a good husband and a good father.

When Prince William married his college sweetheart Kate Middleton in 2011, he tried his best to protect her from intrusive photographers and journalists. Additionally, he also wanted her to continue being close to her own family instead of abandoning them to become a royal like she was expected to.

The two of them went on to have three children throughout the years and Prince William plays his part in being an involved father. Unlike royals of the past who believed in being strict and distant parents, Prince William actually spends quality time with his kids, can regularly be seen taking their oldest, George, to school, and overall, shows lots of love and support to them whenever the family goes out together.

And it seems that Prince William’s influence has been rubbing off on Prince Harry. When the latter married his girlfriend Meghan Markle, he stood up to the press the same way his older brother did for Kate Middleton. Prince Harry also became close with Meghan Markle’s mother, Doria Ragland. In fact, Prince Harry and his mother-in-law get along so well that she will even move to Frogmore Cottage, the couple’s new home, to help take care of their new baby.

It also looks like Prince Harry will follow in the footstep of his older brother to be close to his future child(ren) as well. He and his wife already have plans to hire just one nanny right now and, with the help of Meghan Markle’s mother, it’s quite obvious that they are looking to form a tight family unit with love and support all around.

END_OF_DOCUMENT_TOKEN_TO_BE_REPLACED

END_OF_DOCUMENT_TOKEN_TO_BE_REPLACED
We and our partners use cookies on this site to improve our service, perform analytics, personalize advertising, measure advertising performance, and remember website preferences.Ok