Why Prince William Won’t Be On Social Media This Weekend 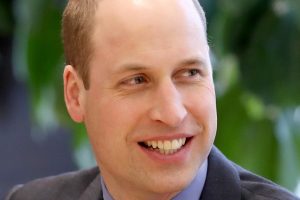 Prince William, along with his wife Kate Middleton, has been advocating for mental health for years. The couple has made it one of their main priorities to speak out for those suffering from mental health issues, as well as bullying. Back in 2018, William took a public stance against online bullying, calling for the leading social media companies to do more in an effort to combat cyberbullying.

“Technology companies still have a great deal to learn about the responsibilities that come with significant power,” William said in a speech to bring awareness to Anti-Bullying Week (via The Guardian). “I am very concerned though that on every challenge they face — fake news, extremism, polarization, hate speech, trolling, mental health, privacy, and bullying — our tech leaders seem to be on the back foot,” he added, per Harper’s Bazaar.

Since the start of the COVID-19 pandemic, William and Kate have made it their mission to campaign for better mental health resources for everyone, including frontline workers. In July 2020, the Duke and Duchess of Cambridge donated $2.3 million to the cause (via AP News). Now, Prince William is taking a stand once more and boycotting social media to raise awareness about online bullying, racism, and sexual abuse.

If you or someone you know is struggling with mental health, please contact the Crisis Text Line by texting HOME to 741741, call the National Alliance on Mental Illness Helpline at 1-800-950-NAMI (6264), or visit the National Institute of Mental Health website.

People reports that Prince William is taking a stand against cyberbullying by joining forces with many of the U.K.’s soccer clubs and their famous players to boycott social media. The event will last throughout the entire weekend and end on May 3. The campaign calls for social media companies to take a stronger stance on bullying, especially where racism and sexual abuse is concerned. William announced the news via Instagram, writing “As President of the FA I join the entire football community in the social media boycott this weekend.” He signed the statement “W.”

In the caption of the post, William added, “This weekend we join the football community in the UK in uniting for a social media boycott from 3pm on Friday 30 April to 11.59pm on Monday 3 May, in response to the sustained abuse received online by players and many others in the football community.” Of course, fans cheered him for his efforts to clean up social media. “What a king you’re going to make,” one person commented on Instagram. “Thank you for supporting athletes and others who suffer online abuse,” another Instagram user wrote. “You and your family are truly AMAZING LEADERS! Who lead by example!! I ADORE YOU ALL,” a third follower noted on IG. The campaign comes just weeks after Prince Harry and Meghan Markle made shocking claims of racism within the royal family, which William later denied, per The New York Times.