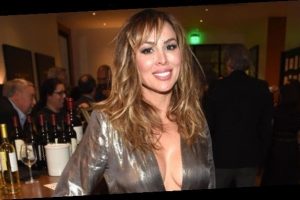 Kelly Dodd knows it was ‘wrong to say’ that she doesn’t like ‘black guys’ in a resurfaced video from 2016 but doesn’t feel she’s ‘racist’.

Kelly Dodd, 44, has been getting backlash, including from her co-star Tamra Judge, 52, after a 2016 video of her saying she doesn’t like black guys while outside The Nice Guy restaurant in Los Angeles resurfaced online recently. Despite saying the shocking comment in the TMZ video, the Real Housewives of Orange County star feels it doesn’t represent her correctly and knows she’s not a “racist.”

“Kelly definitely thinks she’s misunderstood and that she’s constantly misunderstood about what she says,” a source EXCLUSIVELY told HollywoodLife. “She’s not proud of what she said and she wasn’t in a clear state of mind at the time that video was filmed but everyone who truly knows her knows she’s not a racist. She knows she’s not filtered and says things she shouldn’t sometimes and that’s why she’s misunderstood. Kelly is always unapologetically Kelly and she knows it was wrong to say, but she’s not a racist.”

Kelly’s comments in the video were put in an even brighter spotlight when Tamra admitted she thinks Kelly should be fired from their Bravo show for saying them. Although Kelly didn’t respond to her directly, she did answer a fan who asked her what she thought about Tamra’s opinion and she labeled her “thirsty.” “She’s just thirsty and mad she got the bullet…grasping for straws poor thing .. I hope she finds happiness,” she wrote, proving she’s not afraid to say her own bold statements.